Three Key Elements of Tomorrow’s Game Against the Stampeders

Three Key Elements of Tomorrow’s Game Against the Stampeders

The Stampeders will be in town this Saturday, October 5, and they’ll surely be seeking revenge against our Alouettes. ICYMI : On August 17, our team beat the defending champs in their own home, in overtime. It was a crazy, CRAZY game and, especially, it was the first time Montreal won in Calgary since 2009!

Will our guys be able to stand up to the Western sensation once again? Here are three key elements that could tip the scale in our favour tomorrow.

In our last meeting with the Stamps, Vernon Adams Jr and the offence racked up a total of 558 yards. Geno Lewis played his part on deep plays, skillfully getting rid of his coverage for 114 yards, one touchdown and a two-point convert. However, the most productive receiver that day was DeVier Posey. DeVier bounced back faster than expected after being out for a calf injury when BJ Cunningham had to call it quits for the rest of the season due to a fractured wrist. The wide receiver turned slotback stunned us all with 181 yards in 10 catches. Pretty good average per grab. Knowing the Stampeders secondary, Vernon and his receivers will have to show off their great connexion once again to get the dub.

Couple things you should know: Vernon Adams Jr had an excellent week of practice. According to Head Coach Khari Jones, being out for a week gave our QB a boost of energy. Receiver Chris Matthews will not be dressed for ratio reasons. He is, however, still a part of our core receiving squad. 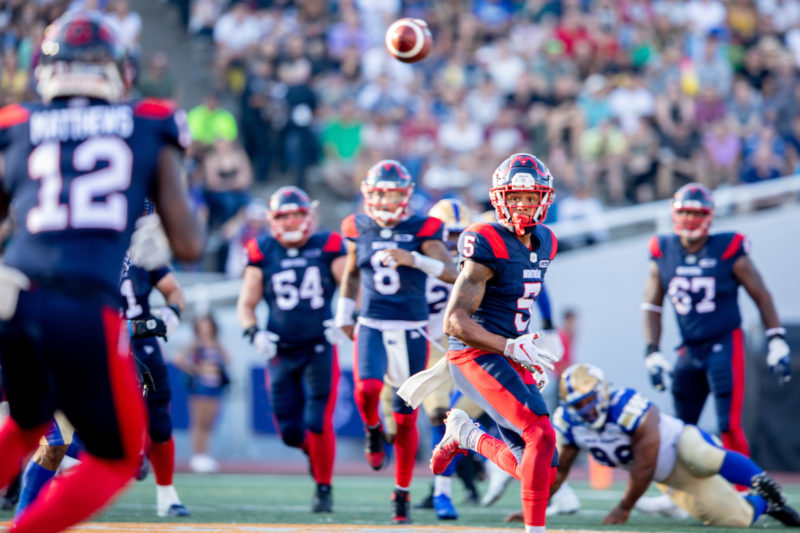 2-The Coverage Being on Point

“We just have to limit everybody. You never know who’s going to show up in their receiving corp,” said Khari Jones.

On defence, a huge part of the job will be to contain Reggie Begelton and Eric Rogers. Our SAM linebacker, Patrick Levels, as well as defensive backs Greg Reid and Tommie Campbell should have lots of fun out there. After the pregame incident in Calgary earlier this summer (when the guys, notably Tommie Campbell, got in a bit of a dispute), Khari Jones insisted his players remain disciplined this week.

“The biggest thing for us is that we’re disciplined, stay on our side of the 55 and go about our business. We need to focus on controlling the things we can control on defence.” 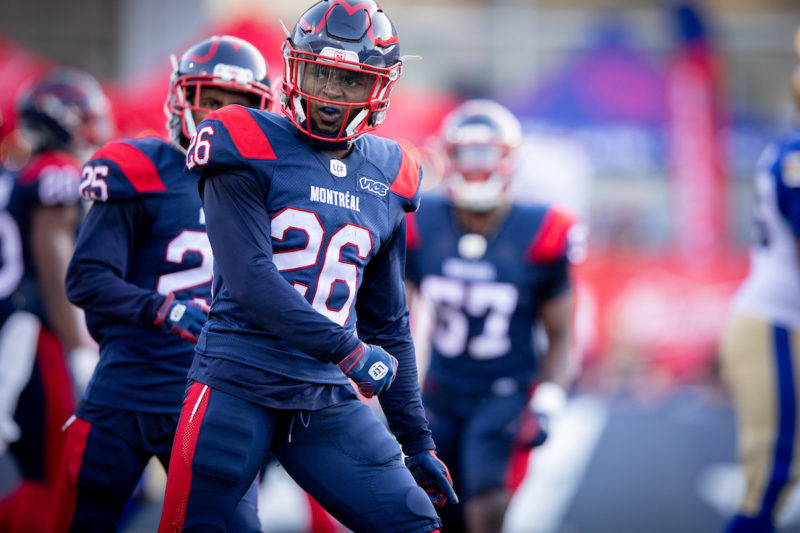 When we faced Calgary earlier this season, Bo Levi Mitchell was out with an injury. His backup, Nick Arbuckle, although he did an outstanding job of seamlessly fitting into the Stamps’ system, is just not Mitchell. The key for any team facing Calgary’s beloved quarterback is to manage to get him off his game. While he’s known for his strong arm and pocket presence, he doesn’t have Vernon’s dancing feet.

According to Khari Jones, Mitchell is the Stamps’ key to success. “Regardless of who they have out there, he makes that offence tick. If you can get him a little off his game, then you have a better chance.” 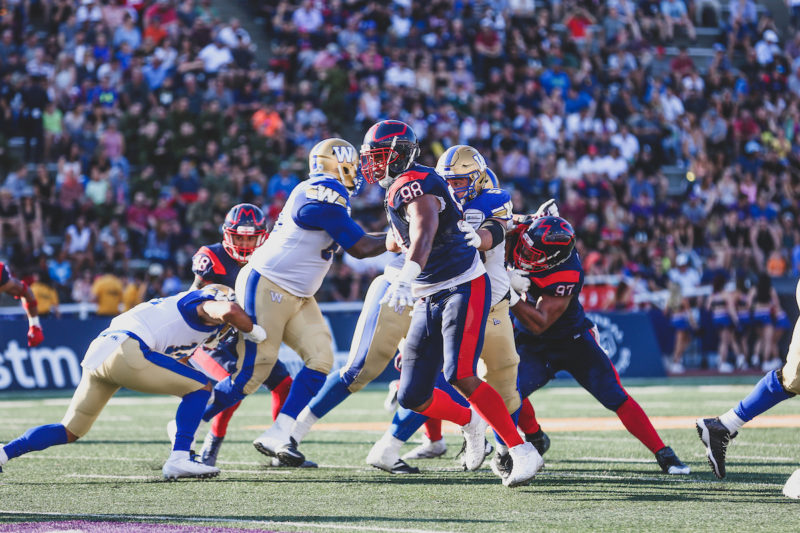 -Running back Will Stanback needs only 105 yards to hit the 1,000 yards mark this season. Since he already had three 100+ yard-games this year, one could think he might just get it on Saturday… To be continued!

-A newcomer will be returning kicks! Keep an eye on Mario Alford.

The score of our last eight games had less than a seven-point differential. The least we can say is that the season has been exciting so far! Be there for the next great show, tomorrow at 4pm at McGill Stadium.