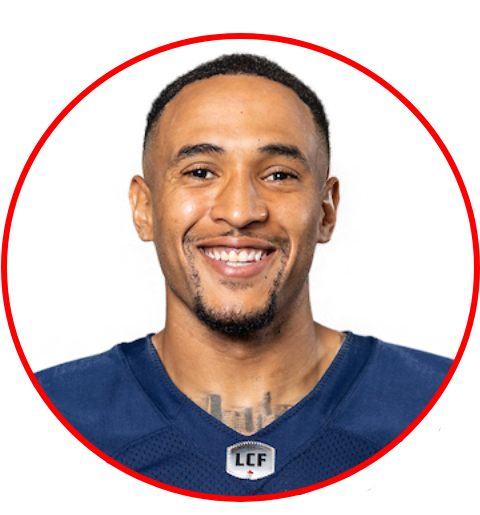 2018 : Signed a two-year contract extension with the Alouettes on October 28

2017 : Acquired by the Saskatchewan Roughriders on August 15

2018 : Adames played only 2 games in 2018 before being added to the injury list for the rest of the season.

2017 : Adams played 7 games with the Alouettes, registered 8 carries for nine yards and one touchdown. He was acquired by the Saskatchewan Roughriders on August 15th and dressed in 11 regular season games completing one pass on three attempts for eight yards and added 12 carries for 33 yards and 3 touchdowns.

2016 : Adams attended mini-camp with the Seattle Seahawks and Washington Redskins before being signed by the Montreal Alouettes on May 22. He started in the last three games of the regular season where he registered 4 touchdown passes and won all three games.

Vernon Adams Jr. played most of his college career with the Eastern Washington Eagles from 2011 t o 2014. He started 34 games and completed 701 passes for 10 438 yards and 110 touchdowns. Adams was selected as the 2013 FCS National Performer of the Year after throwing for 55 touchdowns. He was then named Big Sky Conference Offensive Player of the Year and First team All-Big Sky Conference twice (2013,2014). Adams transferred to the University of Oregon for his senior year (2015), choosing to play for the Duck with whom he started 10 games, registering 168 passes for 2643 yards and 26 touchdowns, added 83 carries for 147 yards and 2 touchdowns.