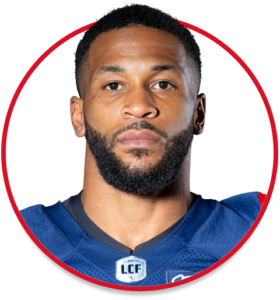 2012:  Signed to the Philadelphia Eagles practice squad on Aug. 1.

2018: Cunningham missed four games in the 2018 season but was still a significant contributor to the Alouettes’ attack catching 52 passes for 631 yards and 3 touchdowns.
2017: In 2017, Cunningham had the best season of his career, catching 69 passes for 1,128 yards and 4 touchdowns.
2016: Cunningham played in seventeen games with the Montreal Alouettes, sixteen of them as a starter. He scored four receiving touchdowns, another one on a run and also crossed the goal line to complete a two-point conversion. He finished fourth on the team in yards from scrimmage and combined yards with 880. He had his best game with seven catches in Hamilton, against the Tiger-Cats, on September 16.
2015: In only eight games with the Alouettes, Cunningham amassed 308 receiving yards and scored four touchdowns in his very first CFL season. Two of those touchdowns were scored against the Eskimos, in Edmonton, on November 1. 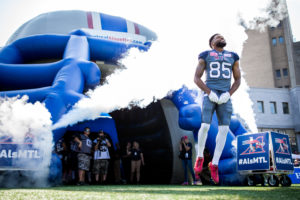 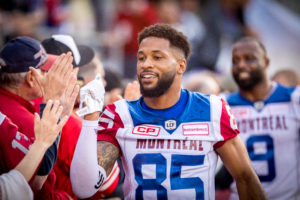 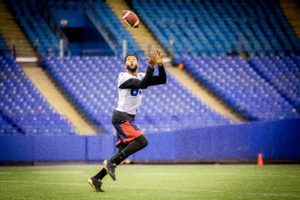 After attending Westerville South High School in Ohio, where he had tremendous success, Cunningham entered the Michigan State Spartans program and rewrote their record book. He established marks for pass receptions (218) and receiving yards (3,086). He also ranks second in career TD receptions with 25.