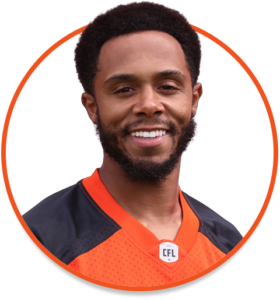 2016-2017: The former Ohio State University Buckeye had previously played for two seasons with the Toronto Argonauts, with whom he was named Grey Cup’s Most Outstanding Player in 2017, following a seven reception for 175 yards, including a 100-yard touchdown reception, which allowed him to establish a new championship game record. Posey was drafted in the third round (68th overall) by the Houston Texans in 2012. He was also a member of the New York Jets and the Denver Broncos.