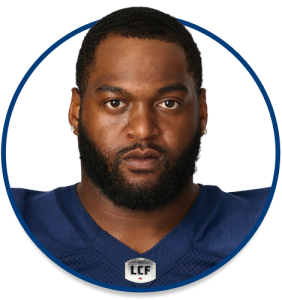 2020 : Signed a two-year contract extension with the Alouettes

2020 : Signed a reserve/futures contract with the Raiders

2021 : In 2021, he played in 12 regular season games in a shortened season, but still recorded a 1000-yard season after recording 193 carries for 1,176 yards and three touchdowns. He also tied a single-game career-high total for rushing yards after rushing 24 times for 203 yards and a touchdown against the Toronto Argonauts on October 22, 2021. At the end of the season, he was named the East Division’s Most Outstanding Player.

2018 : Stanback finished his rookie season having played in 16 games, carrying the ball 81 times for 539 yards – he also caught 25 passes for 313 yards with two touchdowns. Stanback had a breakout game in Week 4 of the 2019 season, rushing for 203 yards and three touchdowns. He was named one of three players of the month for the month of July.

Stanback began his college football career at UCF. In 2013, during a game against Rutgers, Stanback delivered a hit to Rutgers defensive back Anthony Cioffi that went viral and made that night’s SportsCenter Top 10 plays. In 2014, Stanback was named to the All-American Athletic Conference First Team. Stanback then played for Virginia Union. In 2016, he rushed for 1,299 yards and was named to the All-CIAA First Team.