Our Als Clinch a Playoff Spot With Another Heartfelt Win

Our Als Clinch a Playoff Spot With Another Heartfelt Win

It feels like we’ve been saying the same thing over and over again: this team has so much heart. Looking at the game stats, it’s hard to believe the defence had such a great impact on the final outcome. Calgary’s offence gained no fewer than 560 yards and scored 17 points in the first 30 minutes of play. Yet, the party ended abruptly for Bo Levi Mitchell and his guys when our Als came out guns blazing in the third. They swept the Stamps, won 21-17 in front of the wildest crowd we’ve seen in a minute and clinched a playoff spot for the first time since 2014. So much heart. So many emotions. 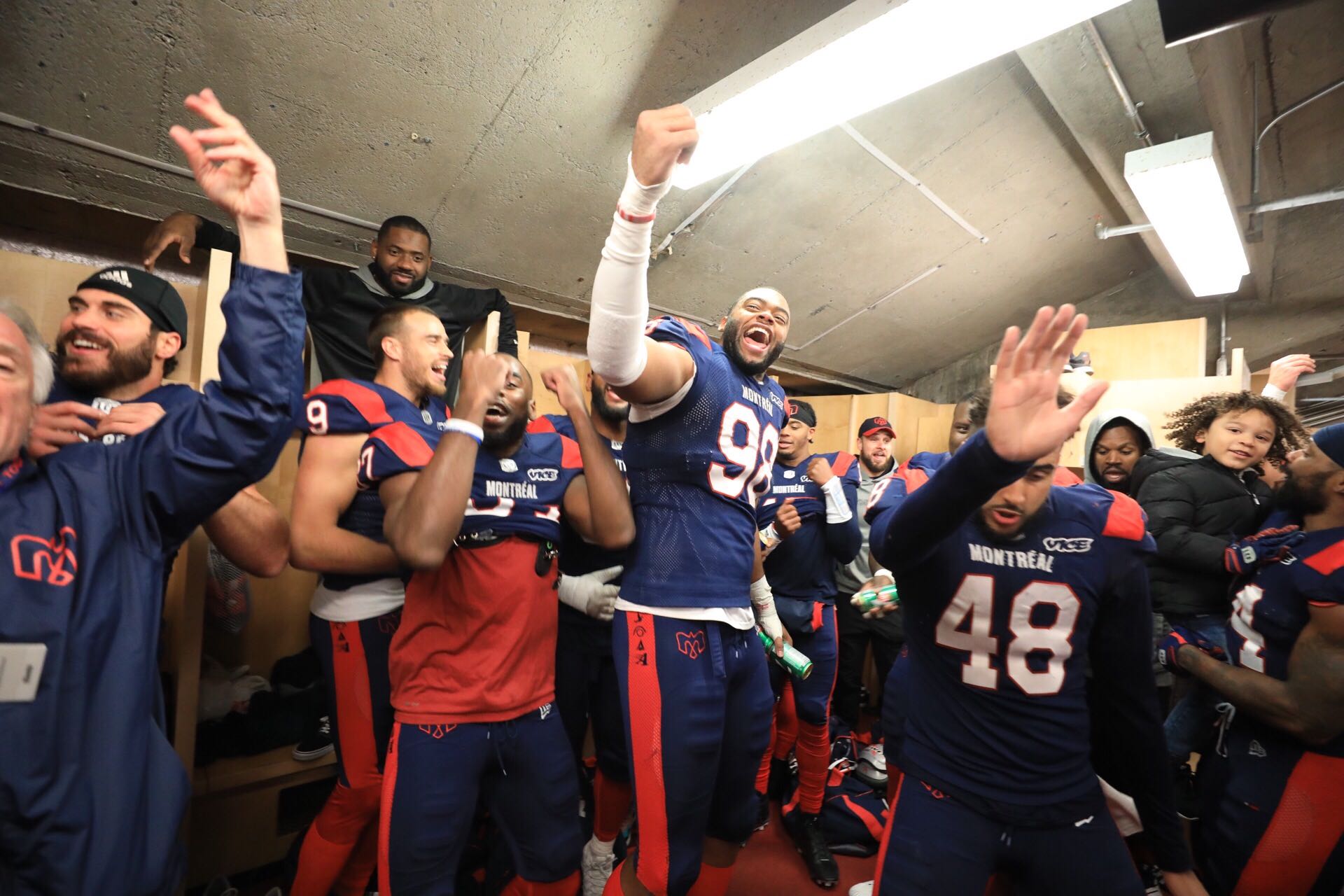 While the offence didn’t deliver its greatest performance, the defence and special teams took a huge weight off Vernon Adams’ shoulders. The QB was a little hard on himself in his post-game conference – he did score his 12th rushing touchdown of the season -, and gave all the credit to his team mates.

“The defence had so much fight out there. Guys going down, Henoc going down and going back in, Jarnor Jones back there making plays, Greg Reid… all of them! I think they had four turnovers! Special teams had a touchdown for us. It was huge at the moment, because I was playing down a little bit and it took a lot of pressure off me. Shout out to the special teams and defence for doing their part and holding us down.”

It was five turnovers, actually, the first being an interception by defensive lineman Ryan Brown with a little less than two minutes to play in the first half. Our Als were trailing behind 17 to 7 at that point and Ryan’s pick was the boost the team needed to get the momentum back right before the break. Three plays later, Geno Lewis was making a 41-yard gain, putting Boris Bede in great field position to successfully kick the field goal. The Stamps led by one possession at half-time. A situation we’ve grown accustomed to.

“It doesn’t bother us”, said HC Khari Jones proudly. “That’s the good thing. This team is so resilient. They don’t worry about the negative things and I hope I help them with that because I don’t dwell on them either. I don’t think about them and just go with what’s next.”

As a matter of fact, no one, absolutely no one in that locker room, seemed to dwell on mistakes or injuries. Despite Tony Washington, Tevin Floyd and Ryan Carter going down in the game, the squad stood up and made big plays when it mattered most. Surfing on the momentum we had gained late in the second, newcomer Mario Alford showed off his speed one minute into the third quarter. The kick returner who joined our group earlier this week flew on 85 yards and made it home to score the second touchdown of the game. It was all special teams and defence from there. Calgary wasn’t able to retaliate… at all. Thanks to the effort of Bob Slowik’s unit, our opponents didn’t score a single point in the last 30 minutes. We thought we would have seen more pressure on Bo Levi Mitchell, but the bend but don’t break approach proved to be effective, and it surely didn’t stop John Bowman from recording his 134th career-sack. Our veteran’s tackle for an eight-yard loss on a key second and four in the fourth quarter gave the entire team the second wind it needed to keep pushing. Following John’s big play, a short offensive drive and a time-out that seemed to last forever, Boris Bede nailed the game-winning field goal. 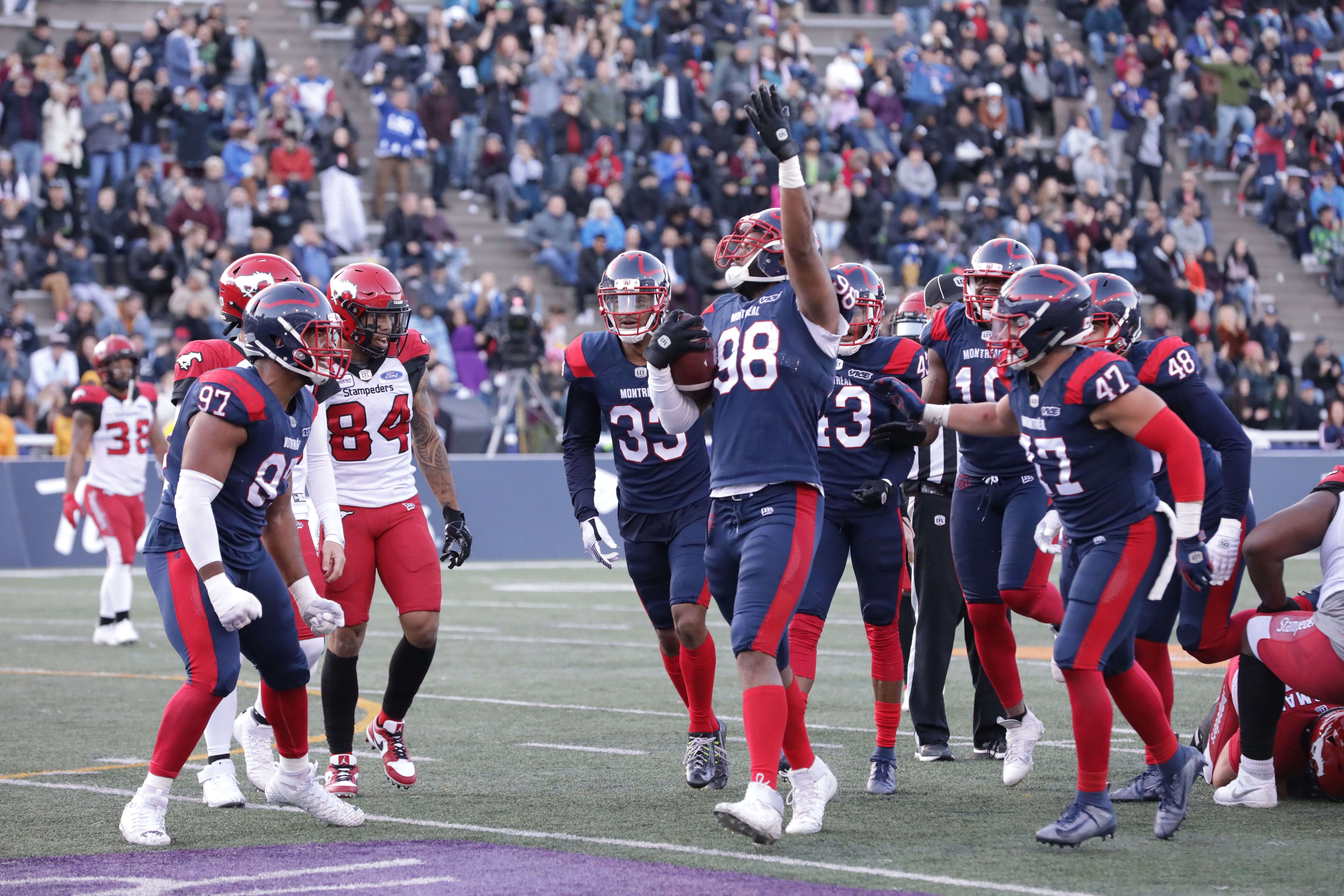 The secondary certainly played a huge role in the dub as it continuously disrupted the Stamps passing game in the most crucial moments. Rookie Jarnor Jones stood out with nine tackles and a fumble recovery, his first turnover as a pro. Greg Reid and Boseko Lokombo were dominant as usual. In fact, it wasn’t until Boseko’s last knock down on third and six with 1:06 on the clock that we knew we had the game. Or maybe we knew we had it all along. The confidence this team has, from the coaching staff to the players to the front office, is unprecedented. There was a whole lot of reasons not to be positive at the beginning of the season, but the crew kept going. Slowly but surely we’re finding our way back into the hearts of football fans and we felt that last night. The real MVP was our 13th man. Thank you for believing, Montreal. We’re just getting started. 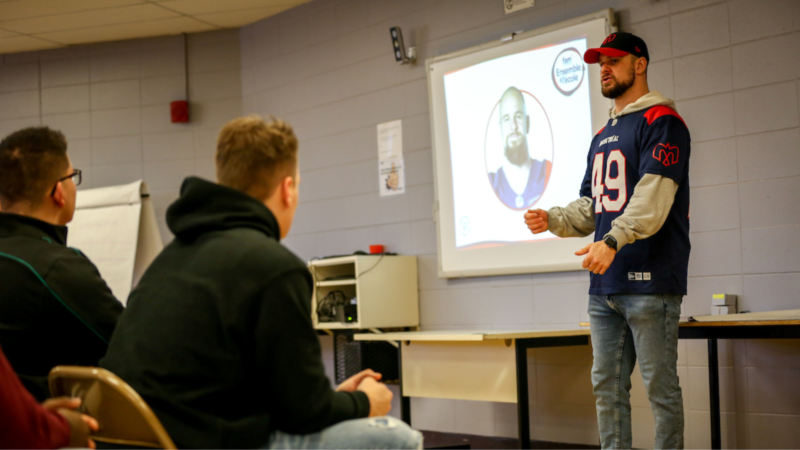 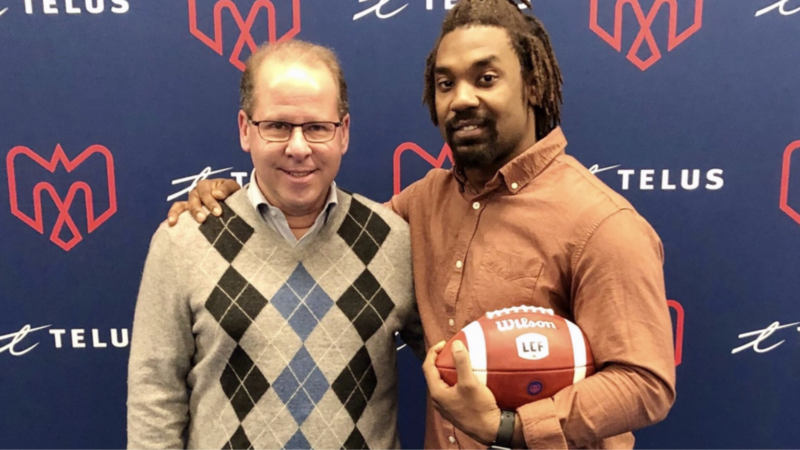 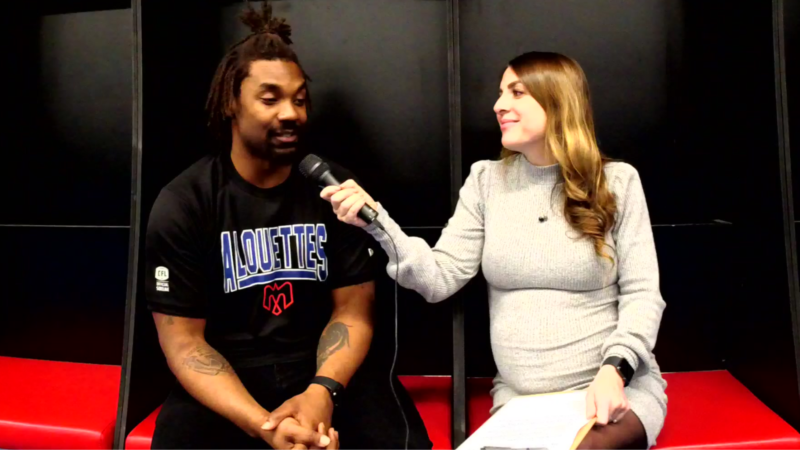