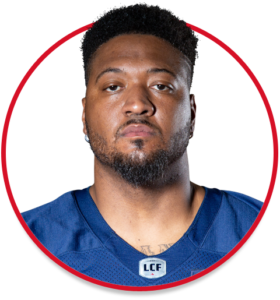 College :
Washington played one season (2007) at Trinity Valley Community College and transferred to Abilene Christian University, where he played two seasons (2008-09) for the Wildcats. He was named Lone Star Conference Offensive Lineman of the Year twice and was a finalist for the Gene Upshaw Award (Top lineman in Division II football).