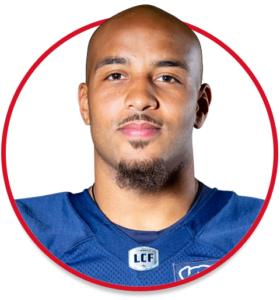 2018: Signed a one-year extension contract with the Alouettes on Feb.13

2018: While maintaining his 69-yard average on the kickoffs in 2018, Bede managed to complete 34 of his 40 placement attempts while completing 25 of his 27 conversion attempts. He also cumulated 5690 yards on 128 punts, while improving his average of 44.5 yards per attempt.

2017: Montreal Alouettes
He established a new CFL record in his fourth season with an average of 69 yards on kickoffs in 2017. The 28-year-old also made 29 of 35 field goals while converting 18 out of 20 touchdowns. He also cumulated 4,506 yards on 102 kickoffs, maintaining an average of 44.2 yards per kick. He also pinned opponents inside their own ten-yard line on eight occasions.

After demonstrating all his power and precision in his rookie year, Bede struggled in his sophomore season. The former Université de Laval standout had difficulties both in his punting and field goal attempts. After missing eight games due to an injury in the middle of the year, Bede finished the season strongly with five field goals in as many attempts, and seven converts in a row.

The former Université Laval standout demonstrated his power and precision throughout his first professional season in the CFL as he made all of the team’s kicks. He made 35 of 39 field goal attempts (89.7%), good for second in the league, and recorded the best ever percentage in a season by a Montreal Alouettes kicker. He led the league with an average of 65.2 yards per kickoff. He also maintained an average of 44.3 yards on punts, pinning opposing teams inside their 20-yard line 27 times and inside their one-yard line on nine occasions.

Born in Toulon, France, Bede is the son of a soccer player originating from Ivory Coast. He rejoined his father in the USA in 2005 to pursue his studies and play soccer. During his stay south of the border, he discovered American football. Before becoming the kicker of the Université de Laval Rouge et Or, Boris Bédé had a stint at Université de Sherbrooke where he wore the colors of the Vert & Or…that of the soccer team rather than the football team. 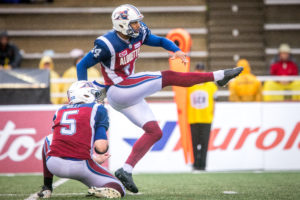 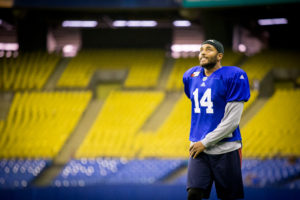 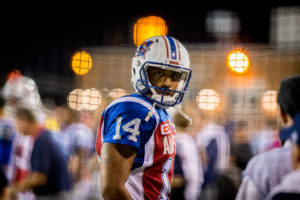 Favorite city on the road:  Québec

Place most like to visit: Africa, Australia, Costa Rica

Favorite time of the year: Summer