A Year of Firsts

A Year of Firsts

Our 2019 season was spectacular, providing a lot of hope for the future. In that spirit, there were plenty of firsts to go along with some accomplishments the team had not achieved in a very long time. Here is a “List of Firsts” for 2019 that we put together for you to kickstart the month of December.

Our Alouettes experienced four difficult seasons since the team’s last playoff appearance. By finishing second in the East Division and thereby hosting the Edmonton Eskimos in the semi-final, the 2019 edition of the Montreal Alouettes put the brakes on an unwelcome trend. 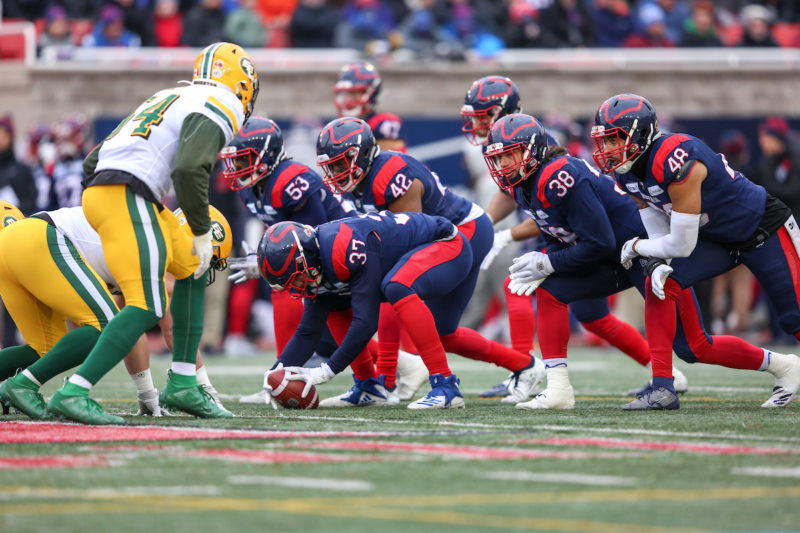 Even though the team qualified for the playoffs in 2014, its record that season was not exactly awe-inspiring. Khari Jones was ultimately able to right the ship by leading his team to 10 wins against eight losses. Our Alouettes were once again a winning team. 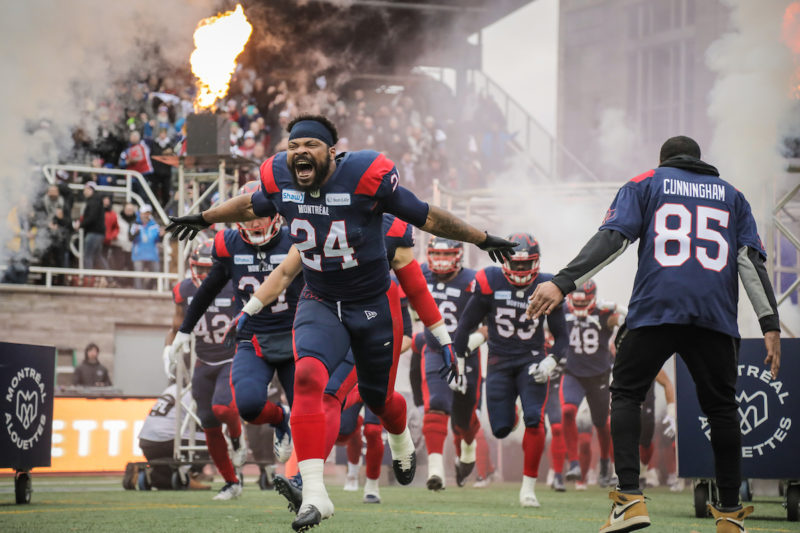 You just need to think back to the 2009 Grey Cup – when our Als were behind 17 – 3 at halftime – to realize our team knew how to mount spectacular comebacks. On Saturday, September 21, the team orchestrated its largest comeback in Alouettes history against the Winnipeg Blue Bombers. Even being down by as much as 34 – 10 in the second quarter, Khari Jones’s players were not discouraged and ultimately defeated their opponents by a single point with just six seconds left to play in the game. 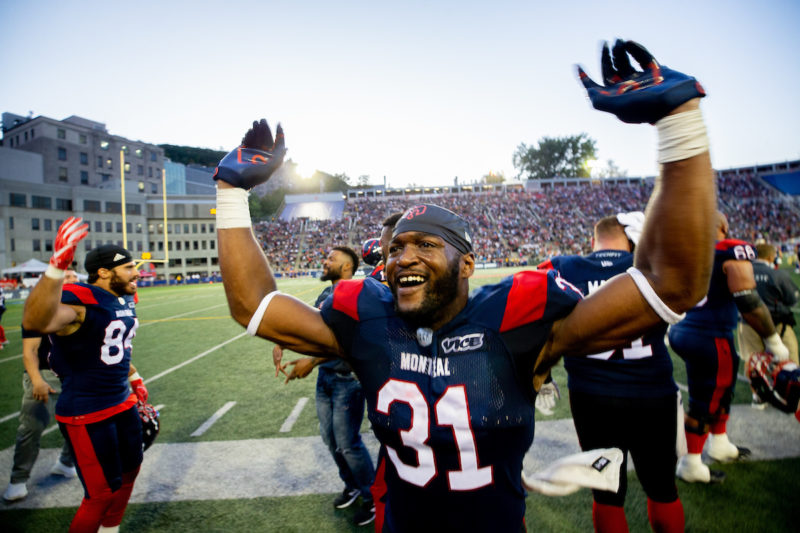 Many thought that Mike Sherman’s departure would lead to yet another season to forget, but the naming of Khari Jones as interim head coach had a positive impact on the team. Khari’s first season running the show was so positive that the city as a whole was thrilled to hear he’ll be returning next year. 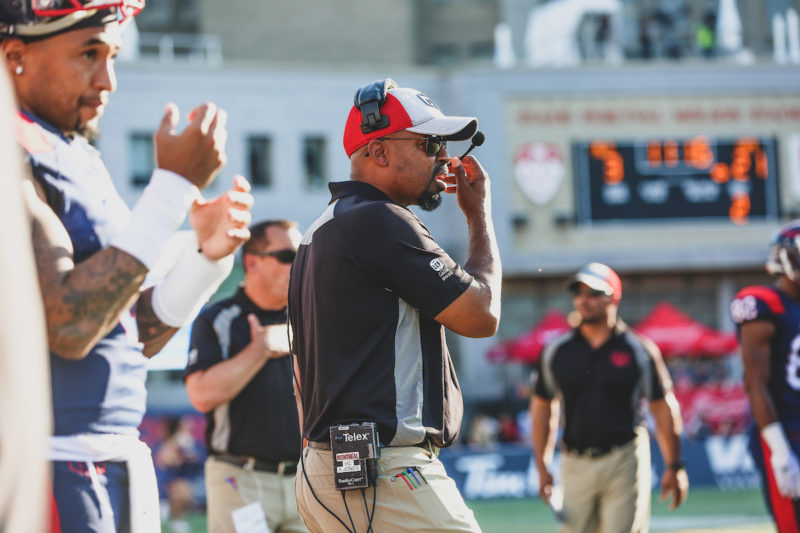 5-First victory in Calgary against the Stampeders in 10 years

The overtime win in Calgary was especially rewarding for our Alouettes, who had not won a game in Calgary against the Stampeders in McMahon Stadium since 2009.

6-First time since each become a pro that Will Stanback and Geno Lewis reached the 1,000 yard plateau.

The running back and wide receiver each amassed more than 1,000 yards – the former on the ground, the latter via the air – over the course of the 2019 season. A very impressive feat, especially considering that Will Stanback was forced to miss four games due to injuries. 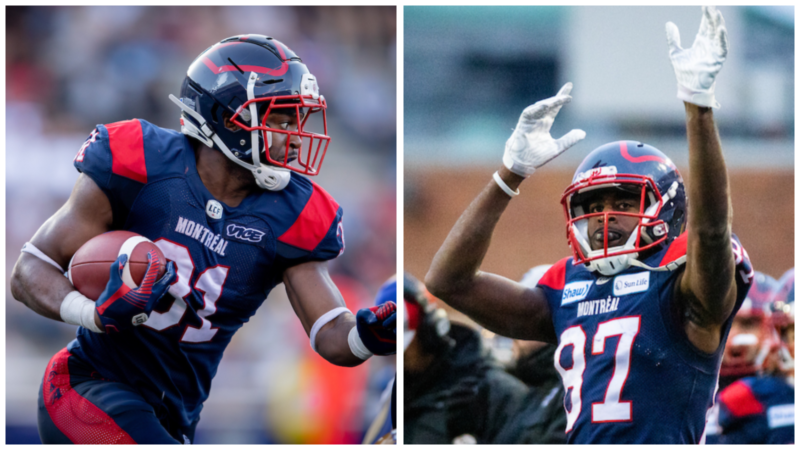 A difficult, yet necessary, decision: Kavis Reed was let go by the team during the season. His responsibilities were split between a number of individuals. It was also the first time that the organization was being operated by the CFL as a result of the Wetenhall family surrendering ownership. 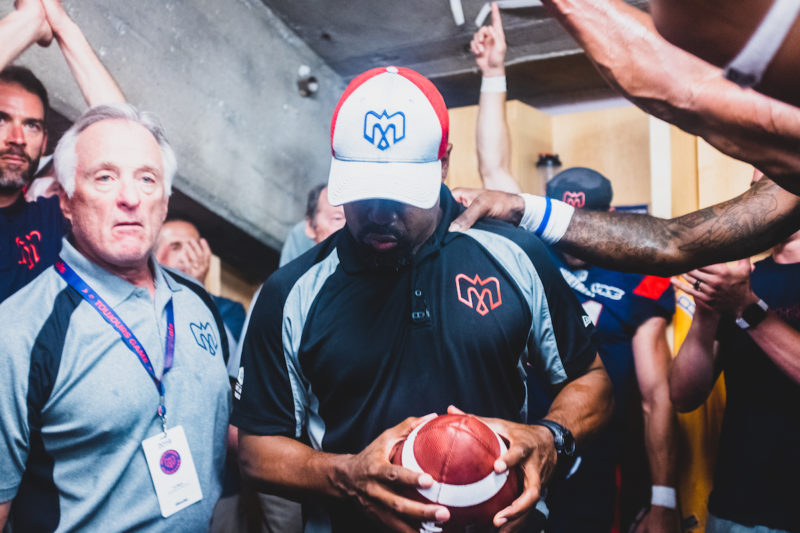 8-First season for the Warrior of the Game helmet

A new tradition was started this year in collaboration with RDS and TELUS: The Warrior of the Game helmet was awarded to the player who fought the hardest on the field. The helmet, created by blacksmith artist Jacques Gallant, was put up for auction at the end of the season to raise money for the Alouettes Foundation. 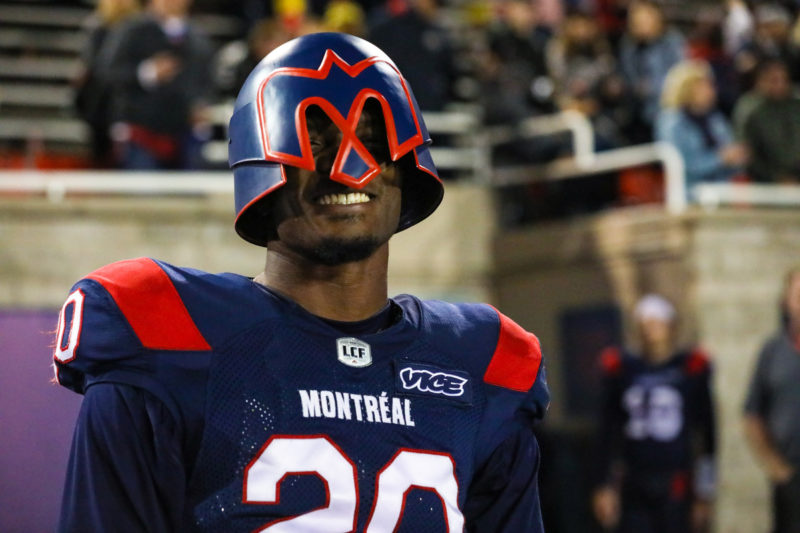 Vernon Adams Jr. – one of the best revelations of the year – crossed the goal line 12 times this season. Even though he didn’t break the CFL record of 14, he became the best Alouettes quarterback regarding the ground game of all time. 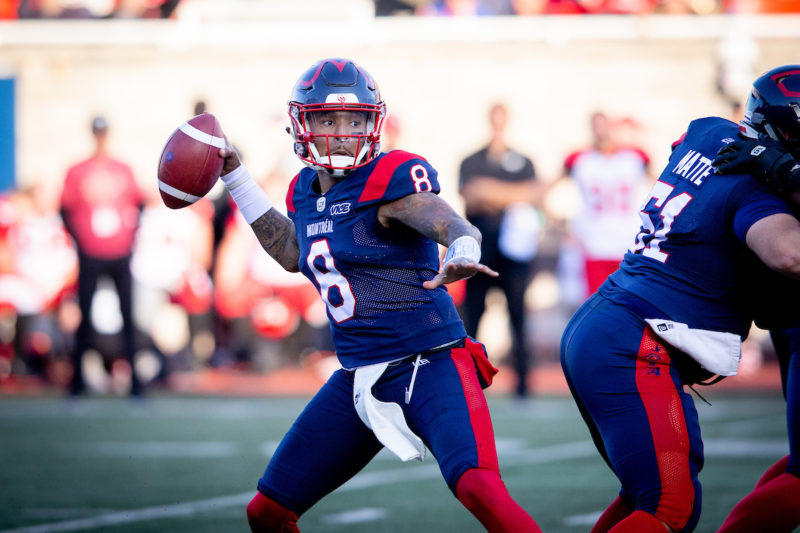