Vernon Adams Jr pronounced those exact words, in French, after Didier Orméjuste from RDS had just crowned him player of the game. Our QB certainly represents this year’s fighting squad. He’s emotional, he’s a winner, he’s passionate, he’s restless and he has the utmost respect for the city that’s been falling in love with him since the beginning of the season.

Although he’s the perfect poster child, Vernon didn’t follow the easiest path to stardom. Despite his success with the team in 2016, he was overlooked by Montreal in 2017 to the point where he was traded. This year, the fast-footed quarterback finally got the opportunity to show what he was capable of. Week in and week out, him and his supporting cast keep rolling with the punches, stunning the crowd with nail-biting wins.

“I’ve been in and out of Montreal for four years now. I know this team is special. Our performance shows how hard we work. It shows how much we love to play for Khari and all our coaches. They’re here from 5am to 10pm every day, we see it and their efforts push us to work even harder.”

If you were optimistic enough to watch yesterday’s game against the Winnipeg Blue Bombers until the end, you know our Alouettes came back from a 20-point deficit after the third quarter to win the night by the score of 38 to 37 with six seconds left on the clock. Calling it the comeback of the year is a euphemism, honestly. As a matter of fact, by making up for 24 points, our Alouettes made their biggest comeback in history! And the least we can say about Vernon is that he did his part. Racking up 488 passing yards and scoring the team’s first touchdown of the night on a six-yard run, he gave the fans at McGill Stadium one heck of a show. 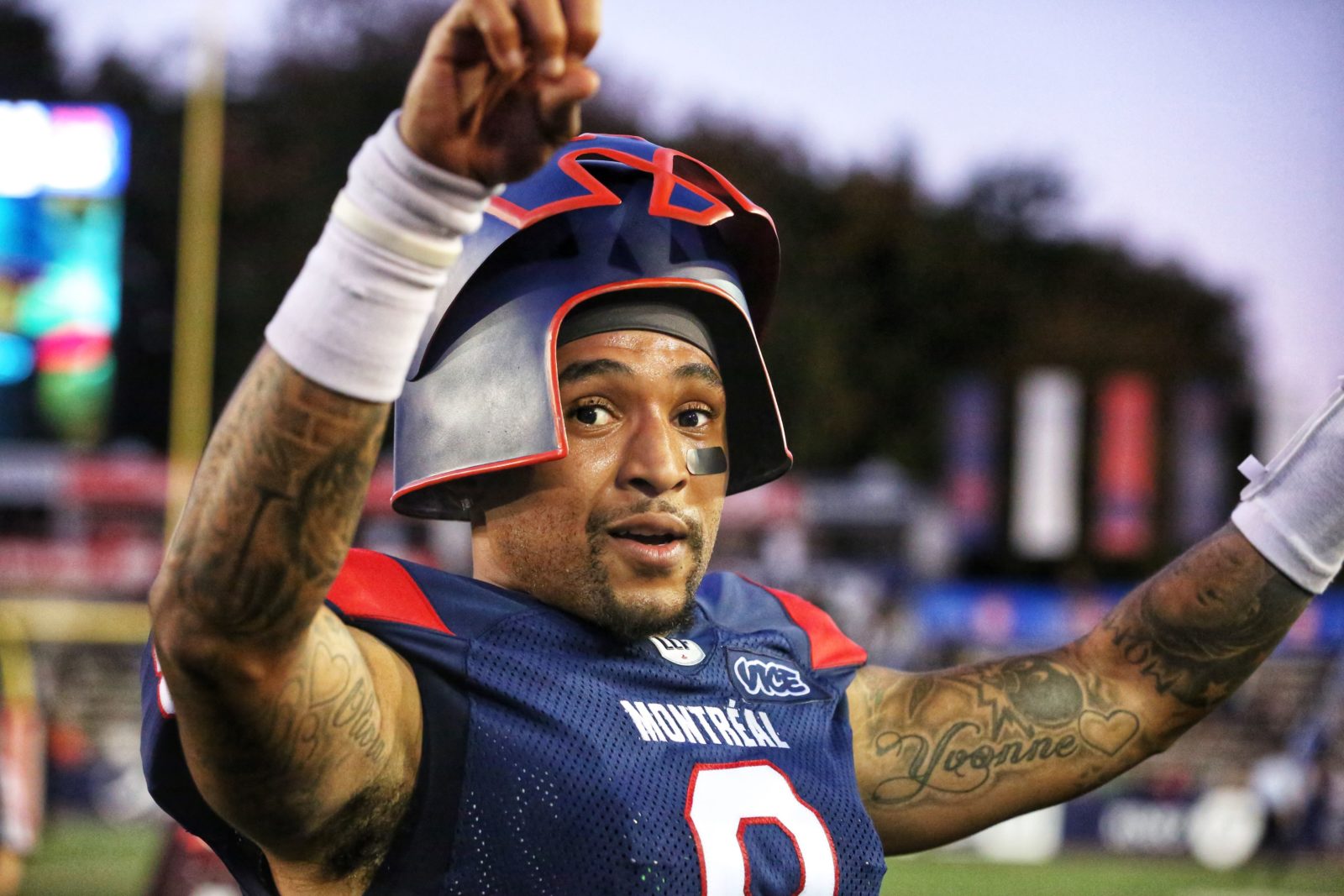 Plagued with defensive errors, the first half was, however, quite disappointing. Bob Slowik’s unit, known for being rock-solid, wasn’t able to contain Andrew Harris and Chris Streveler who ran the same plays successfully, over and over again. Pretty strange considering the team had specifically prepared to stop a pissed off Harris. Regardless of the efforts delivered by the offence and the special teams, the Bombers’ offence kept finding ways to retaliate, scoring on their first four drives as well as after a forced fumble on Vernon Adams Jr.

Thankfully, at the end of the second quarter, the tide finally turned in our favour. As the score on the board was 34 to 10, defensive back Ciante Evans made the pick of the game to put an end to defence’s period of drought. Shortly after, Chris Matthews scored his first touchdown as an Alouette. Chris, whose release from the Bombers is still fresh, must be enjoying the win more than anybody else right now. He wasn’t, however, the only receiver to shine; the entire group was brilliant.

After having an awfully quiet game in Saskatchewan last week, Jake Wieneke had a monster performance, demonstrating how Khari Jones prepared his QB to better utilize all his assets. With a total of eight catches for 134 yards and one major, Jake was the most prolific receiver of the night in addition to making the game-winning grab. A 15-yarder that was impeccably thrown by Vernon with 11 seconds left to play.

“I didn’t know I’d get the ball,” Jake said in his post-game interview. “The coaches have been telling me to run that route every week since the beginning of the season and it finaly worked!”

A few minutes earlier, Chris Matthews opened up the score in the fourth quarter. DeVier Posey also got to work with a 29-yard touchdown near the boundary that propelled the score to 37 to 30 with fewer than 2:30 minutes on the clock. Hungrier than ever, DeVier was nearly just as productive as his teammate Jake, racking up seven catches for 132 yards. Although they didn’t put points on the board, receivers Quan Bray, Eugene Lewis and Félix Faubert-Lussier all proved their worth. Félix’s only catch on a second and ten at the start of the third quarter was actually a huge difference-maker according to Vernon Adams Jr.

“Félix’s catch was great! Probably the biggest play of the game, it was exactly what we needed to keep going.”

Shout-out to the special teams who held it down, especially in coverage against a mighty returner. The defence woke up just in time to limit the damages caused by Winnipeg’s offence, making sure not to allow a single touchdown in the second half. And how could we forget how John Bowman pulled the rug from under Streveler’s feet on his very last play with a perfectly timed sack? These guys are definitely not done impressing us. 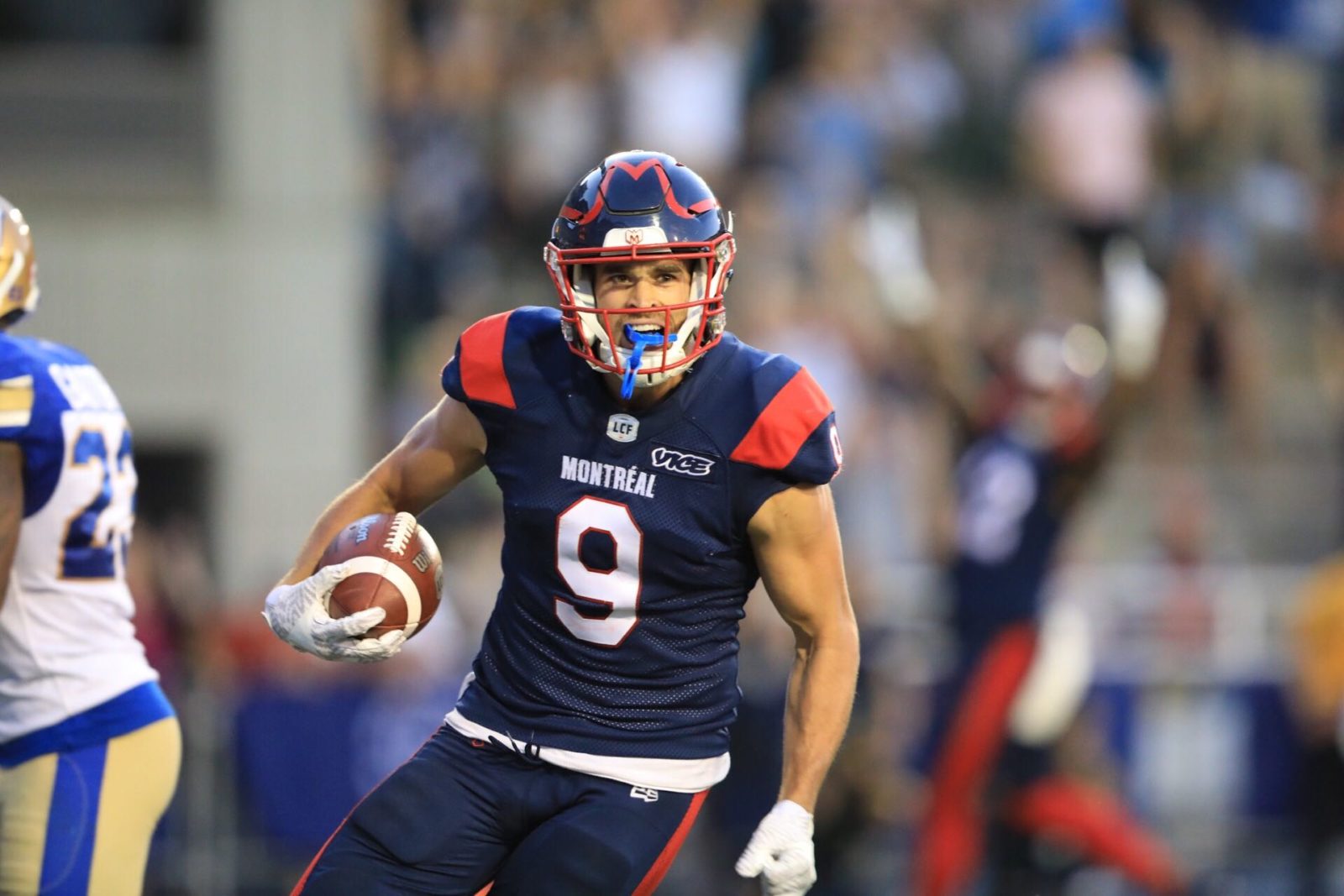 “No matter what negative happens, the guys keep going and I’m so proud of them. The way Vernon came back from our mistakes, the way our receivers helped him out, the way the defence held them Bombers to three points in the second half, that’s all a testament to the guys and the fire they have.” – Khari Jones