The 2019 Montreal Alouettes: a team to remember

The 2019 Montreal Alouettes: a team to remember

In the words of my friend Geno Lewis: “This one hurts, it hurts a lot.”

Seeing warriors shed tears and hug each other like they did after losing to Edmonton earlier today is absolutely heartbreaking. We had such a special group this year. A group led by a remarkable quarterback who did everything he could to help his team win. A group that revived our franchise when it needed it the most. A group that brought the love for football back in Montreal. Being on the inside, we could feel how different our squad was. The energy was palpable early in the season, and it only grew in intensity as time passed. Even our Head Coach, Khari Jones, who possesses over two decades of experience in this league, said he hadn’t witnessed anything like it.

“I don’t know if this group compares to any team I’ve been with in the past, as a player or a coach.”

And the best part is that you all felt that energy with us. If we were able to fill the stands with 21,054 fans, our biggest crowd since 2016, it’s because you believed in us too. While the outcome of the Eastern Semi-Final wasn’t the one we hoped for, your support reminded us of how far we’ve come and how many amazing moments we’ve shared. Here are a few that we will cherish forever.

“When we clinched a playoff spot, against Calgary, and everyone had their cell phone light on in the stadium. We had just lost against BC, and we struck back at home by beating Calgary. Knowing that our season would keep going was the best moment.” – Henoc Muamba

“Most definitely when we started the Club 514. It was great, just the unity. Guys are weren’t afraid to let loose for a couple minutes and that brought a great deal of camaraderie and love for one another. It gave us the opportunity to discover the true people under the football pads.” – Jeremiah Johnson 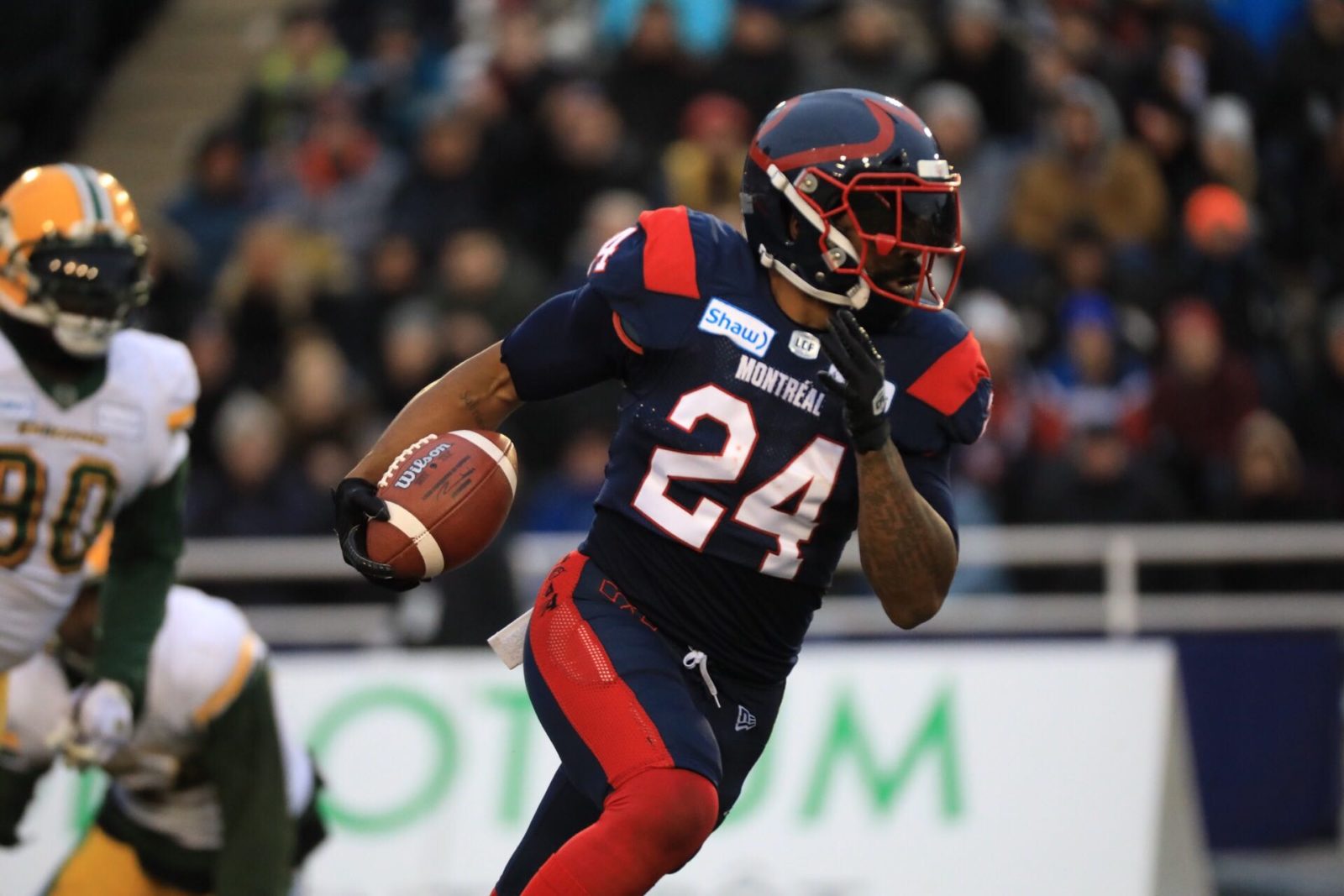 “Getting that first feeling going against Edmonton, having the starting job. I knew I had big shoes to fill, an important role to play and it was exciting knowing that I could fulfill it. Another would be having a 200-yard game against Hamilton. It felt good to bounce back from our loss in Hamilton and get our revenge against guys who talk a lot.” – Will Stanback

“There were so many! Definitely going to Calgary and getting that win up there. The comeback at home against Winnipeg was also pretty good. Clinching the playoffs, the fans, the lights and everything, that was a good time. My birthday, in Ottawa, I had a good game. Off the field, I would probably have to say the Grand-Prix. I went there and saw Lewis Hamilton driving, it was pretty fun for me because I had never been to car races!” – Pat Levels

“My proudest moment was when we played Toronto in Moncton and all our interior defensive tackles got a sack. It was something we worked towards and to see it happening in the game was amazing. Off the field, the best time was probably when my fiancé came up. We just had a good time in Montreal, I was able to show her the ins and outs and everything.” – Ryan Brown

“I think my favourite moment of the 2019 regular season was our win in Calgary. It really turned this team around and gave everyone the confidence in knowing that we could go as far as we wanted to. We knew then that the sky was the limit. I also enjoyed our visit at the Shriners, Children’s and Ste-Justine hospitals. It was a great opportunity to put a smile on those kids’ face. You know it’s more than just a game and I think that’s more important than football.” – Geno Lewis 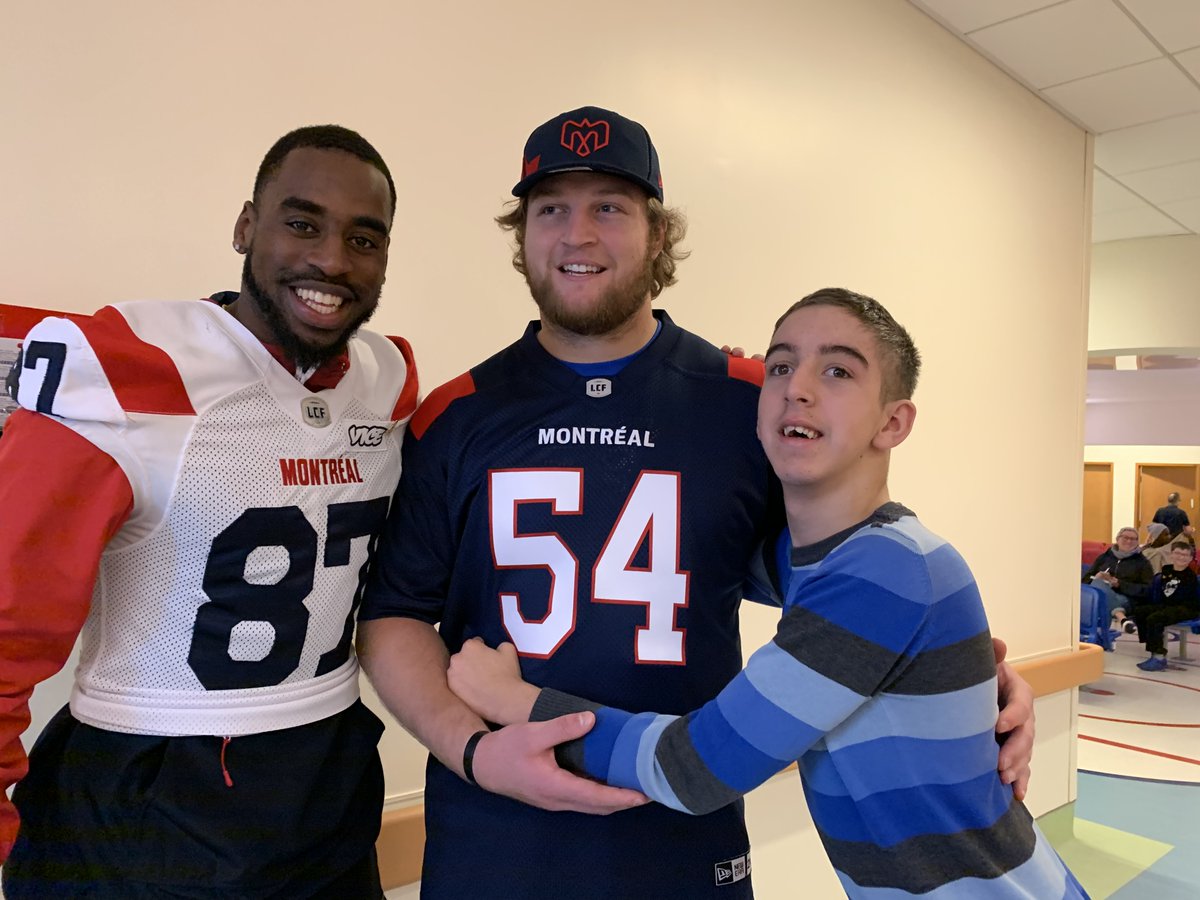 “When we started Club 514! On walkthrough days, we would get together in the locker room and make it a real party. We had different themes throughout the season, even a disco day! We brought in a smoke machine, a disco ball and everything! It was a good time and good vibes.” – Christophe Normand 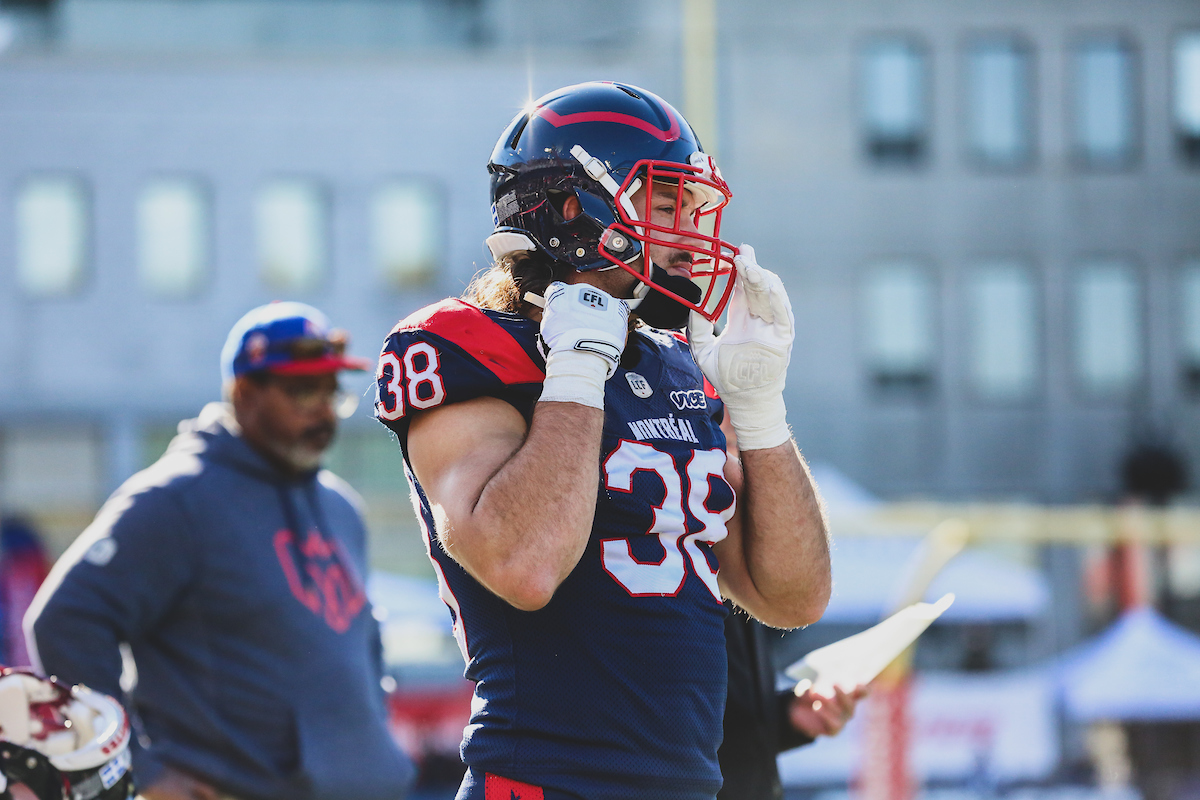 “I would say: Jake’s catch versus Winnipeg. With the big 24-point comeback, he caught the ball with 6 seconds left after we had fought through a lot of adversity in that game. He hadn’t caught a single ball the week before on his birthday, so for him to make that one at home was extra special.” – Khari Jones

See you in 2020, Montreal! Thank you for everything.