On Sunday, November 10, the Edmonton Eskimos will be in town to take on our Alouettes in the East Division semi-final. If you still haven’t got your tickets yet, here are 10 reasons that will convince you to make that purchase, and to make it sooner than later!

The ticket office has been very busy over the last few weeks…so busy that we’ve taken the decision to remove the covers of some of the sections closed in 2019! We deserve our right to party, and we want you to be right there with us!
Y’all want to witness the craziness? Hurry! These last tickets will sell like hot cakes! 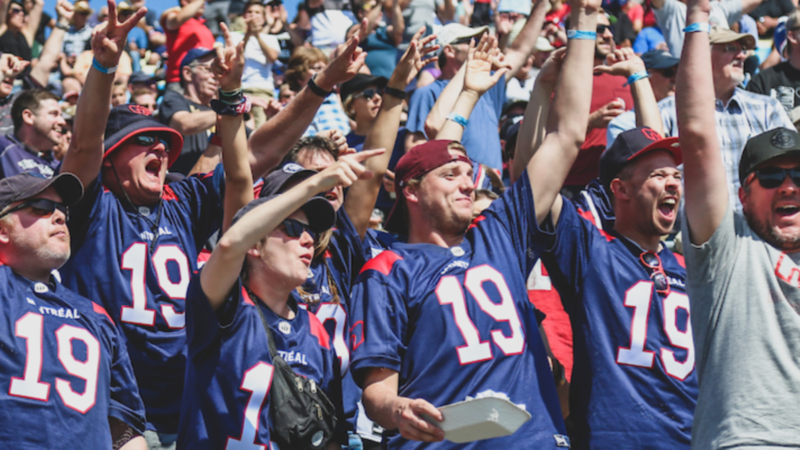 Montreal, we know it’s been a long time since our Als qualified for the playoffs. We waited, we hoped, we worked hard and, finally, the moment has arrived! For the first time since 2014 our team has the opportunity to qualify for the Grey Cup… we deserve our right to party! 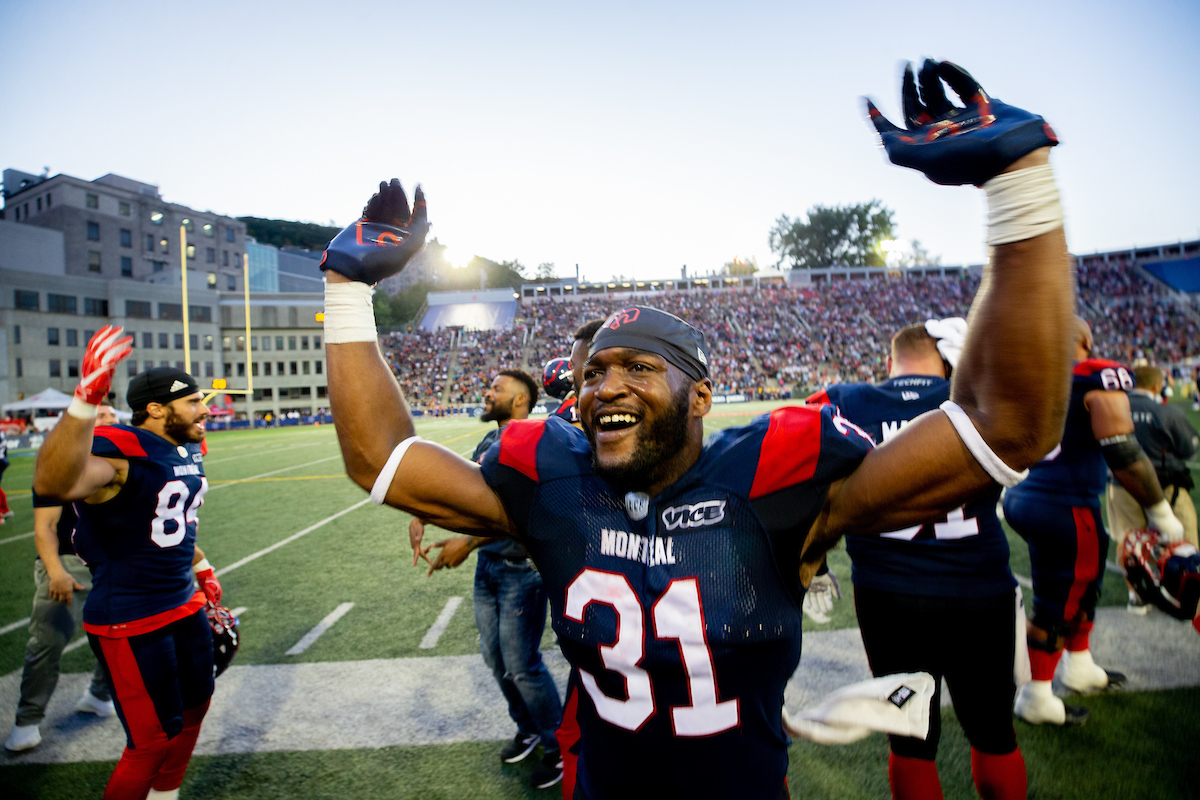 3-You make a HUGE difference

Head coach Khari Jones said it, the players said it, now we’ll say it too: Your support motivates and encourages the team. The noise you make in the stands to confound and intimidate our opponents plays a key role in the team’s success. The guys need you. They really do.

4-There’ll be a lot of gifts, compliments of BMO

The first 3,000 fans to enter the stadium (gates open at 11:00 a.m.) will receive a BMO mystery package. The contents of each package will be different, but each will contain something that is sure to please. Some examples are: Tickets to the 2020 home opener, cellphone cases, jerseys, discounts applicable at the food concessions as well as discounts at the boutiques, seat upgrades, two VIA Rail business class tickets for Montreal-Toronto and even 2020 season ticket memberships can all be won. And, one lucky winner will even get the chance to join the players coming out of the lockerroom and sprint out of the cage along with the team before an amped-up crowd! Get there early!

Exceptionally, Percival Molson Memorial Stadium will open its doors two hours before kickoff, at 11 a.m. DJ Wordy Word will liven up the stadium from the bier garden from 11 a.m. until 11:45 a.m.

5-FouKi will be the halftime entertainment

FouKi (real name Léo Fougères), is a 21-year-old Montreal rapper who’s one of the rising stars of the Quebec rap scene – in fact, he was nominated for Best Rap Album of the Year at the most recent ADISQ awards. If you haven’t already heard his hit song S.P.A.L.A. that riffs on garlic spaghetti, you just need to know that it is one of the catchiest tunes on our gameday playlist.

6- The atmosphere is going to be CRAZY

It’s not just FouKi who’ll be whipping the crowd into a frenzy – we’re all in this together! The electric atmosphere in the stadium this year reminded us of the good old days and gave us goosebumps more than once this season. The confidence felt in seasons’ past is back, and is felt as much in the stands as on the field. Let’s face it: We are the best show in town this year (along with FouKi, of course).

7-Our coach is the best

Our head coach lived up to his great reputation this year with his work both in the lockerroom and on the sidelines. Not only did Khari Jones find the winning formula, he did so with his smile and his irresistible enthusiasm. Watching him dancing and jumping around on the sidelines and it’s impossible not to want to do the same. If the players merit you coming to the stadium and giving your support, the same goes for Khari and his coaching staff.

8-The tailgate will be better than ever

Meet-up at the Budweiser tent starting at 10:00 a.m. to start the day in style! Prepare your lunch before leaving for the game or get yourself some hot dogs to go along with your mid-morning beer (there’s also coffee available in the stadium for the wiser ones among us). Heads up! – the tailgate will finish at 12:00 p.m. (noon) to ensure you’ll be able to get to your seats in time for the opening kickoff. 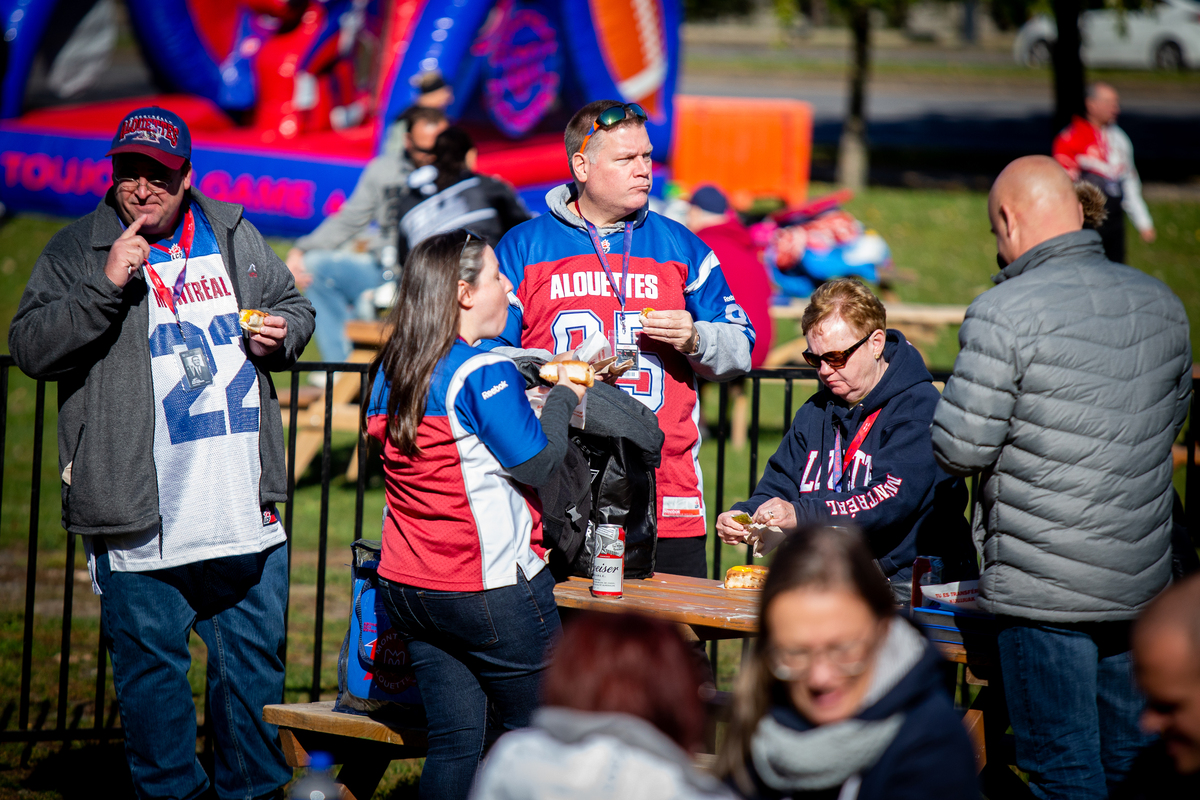 9 -You’ll have a headful of great memories…

… and your head will be resplendent in paraphernalia as well! Thousands of bandanas sporting the team’s colours will be given out to the first fans through the gates… During the game, wave them so that the stadium will become a sea of white or you can always wear your new bandana to cover your ears. 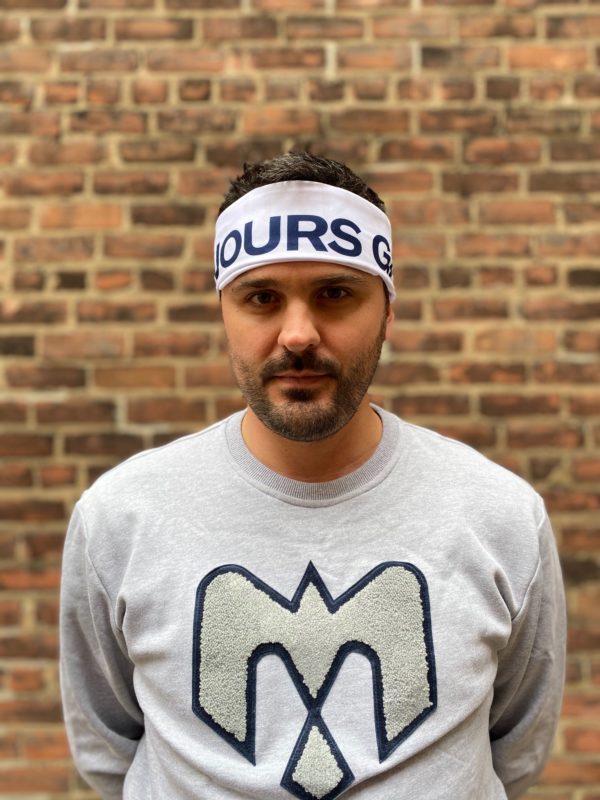 10-It’s a great outing for the whole family

With kickoff at 1:00 p.m. on Sunday afternoon, it gives the whole family the chance to enjoy the game. The youngsters along with the adults will no doubt be thrilled with the gameday experience, and we think some of those younger fans will enjoy discovering some new heroes. A slice of pizza and a drink to go along with watching players who are strong, fast and skilled – and seeing breathtaking performances from our cheerleading squad – we can’t think of anything better to thrill and amaze the entire family. 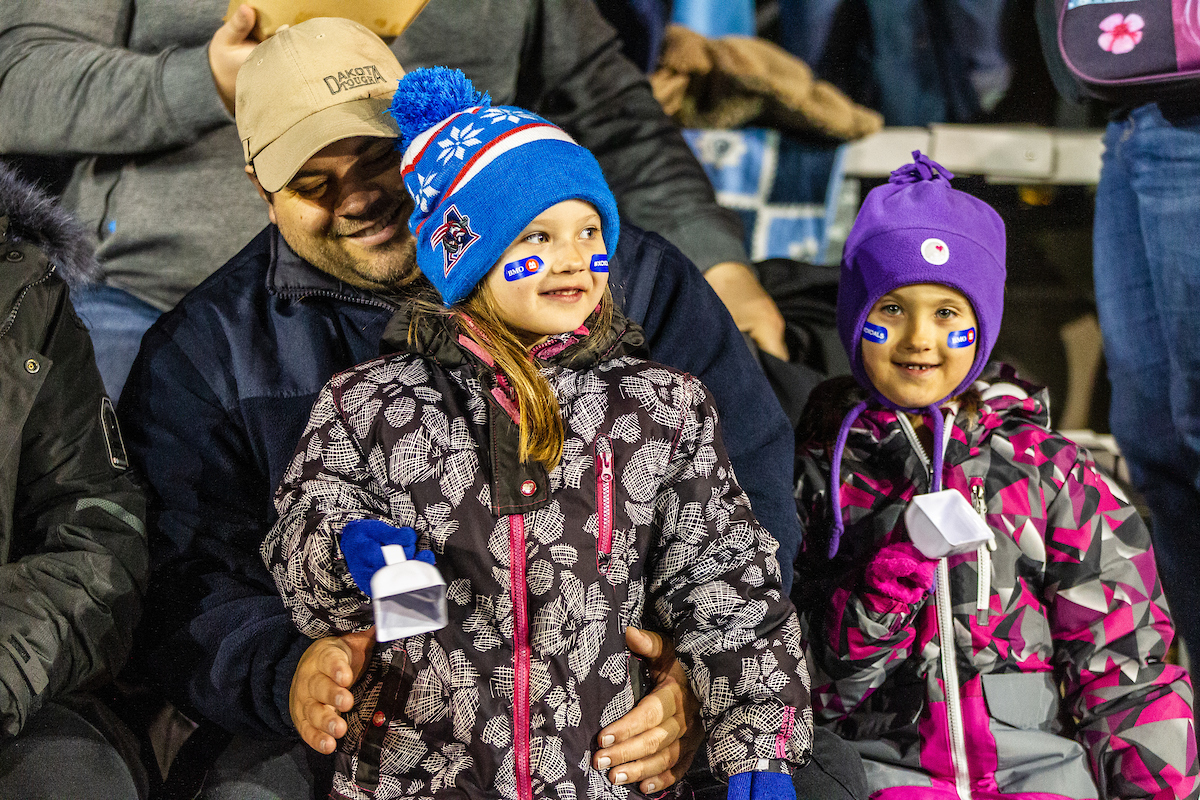 We could go on (and on!) giving you even more reasons to come to the game, but we’re pretty confident that we probably convinced you no later than Reason #2.. We’re really looking forward to seeing you on November 10!