An Enriching Season on Many Levels

An Enriching Season on Many Levels

The 2019 season is officially over, for all teams now. Our playoff run ended a little more abruptly than we had hoped for, but the year was interesting enough for the team to learn important lessons.

The first being that our squad is truly competitive. Remember our home wins against the Bombers and the Ticats, both Grey Cup contestants? Even against the best teams, our guys were able to come out on top. We certainly didn’t have any easy wins, but we fought every single time. For the organization to keep evolving in the right direction next year, it will be key for some elements we saw in 2019 to remain.

In no other sport can the coaching staff have such a great impact on the outcome of a game. The decisions coaches take can literally set the tone of a matchup. A trick play can be extremely unsettling, opting to run the ball rather than passing in certain circumstances can be done to send a message, the type of coverage can lead to a turnover party or to a complete disaster; many factors that fall under the coaches jurisdiction play an integral part in the game. And when players and coaches aren’t on the same page, you can easily tell. This year, the entire group rallied behind Khari’s vision and strategy. The team’s unity made a huge difference and preserving that belief in each other will allow us to start the next season on solid grounds. 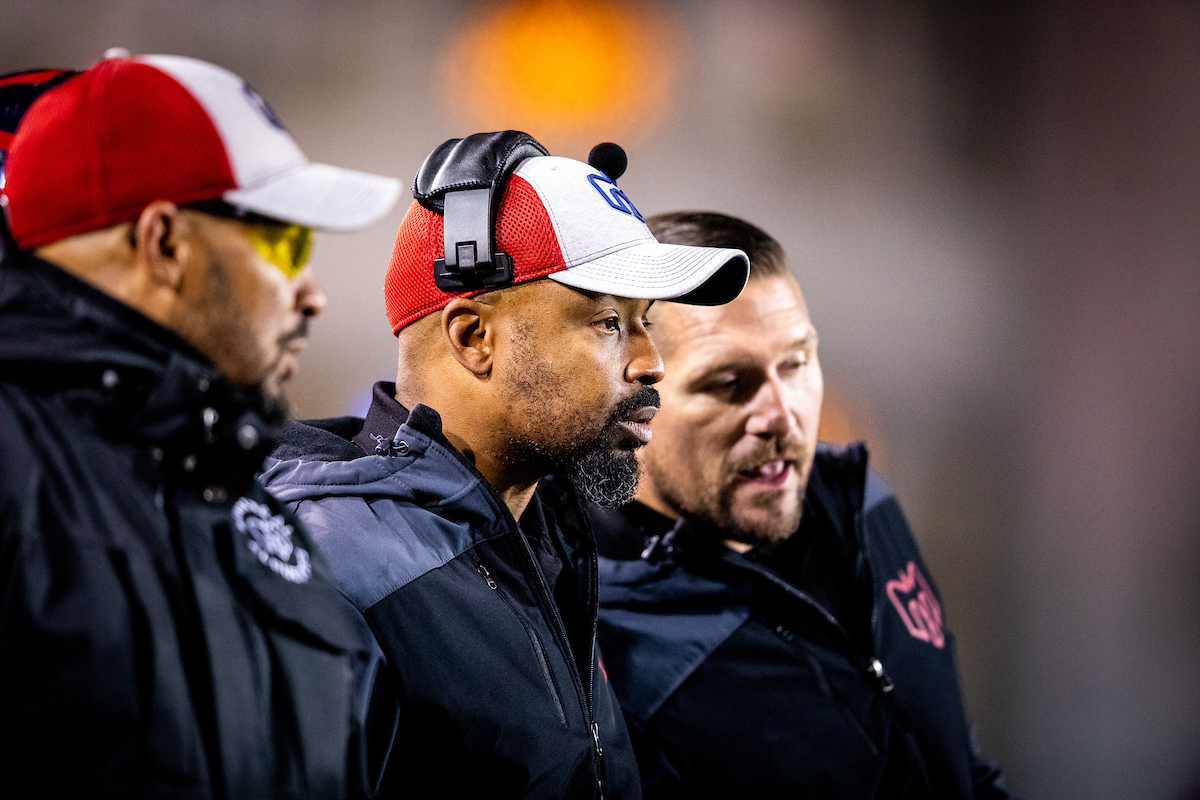 In a league where a lineup can’t be built without accounting for the Canadian/American/International ratio, the importance of quality Canadian Content is undeniable. Think of the Bombers with Nic Demski and Andrew Harris. The flexibility a team gains when it hires star Canadian players allows to play Americans at positions that are harder to fill with local guys, the defensive line, for example. Kudos to the Bombers for that, but also to us for getting our hands on some of the best Canadian defensive players: Henoc Muamba (THE best), Boseko Lokombo and Chris Ackie. Not only is the threesome a threat to opposing teams, it allows the coaching staff to dress an extra American on offence. And how could we forget the tremendous work of special team’s captain Jean-Samuel Blanc, wildcard linebacker DJ Lalama and centre Kristian Matte who, after 10 years with us, was finally crowned Eastern All-Star. 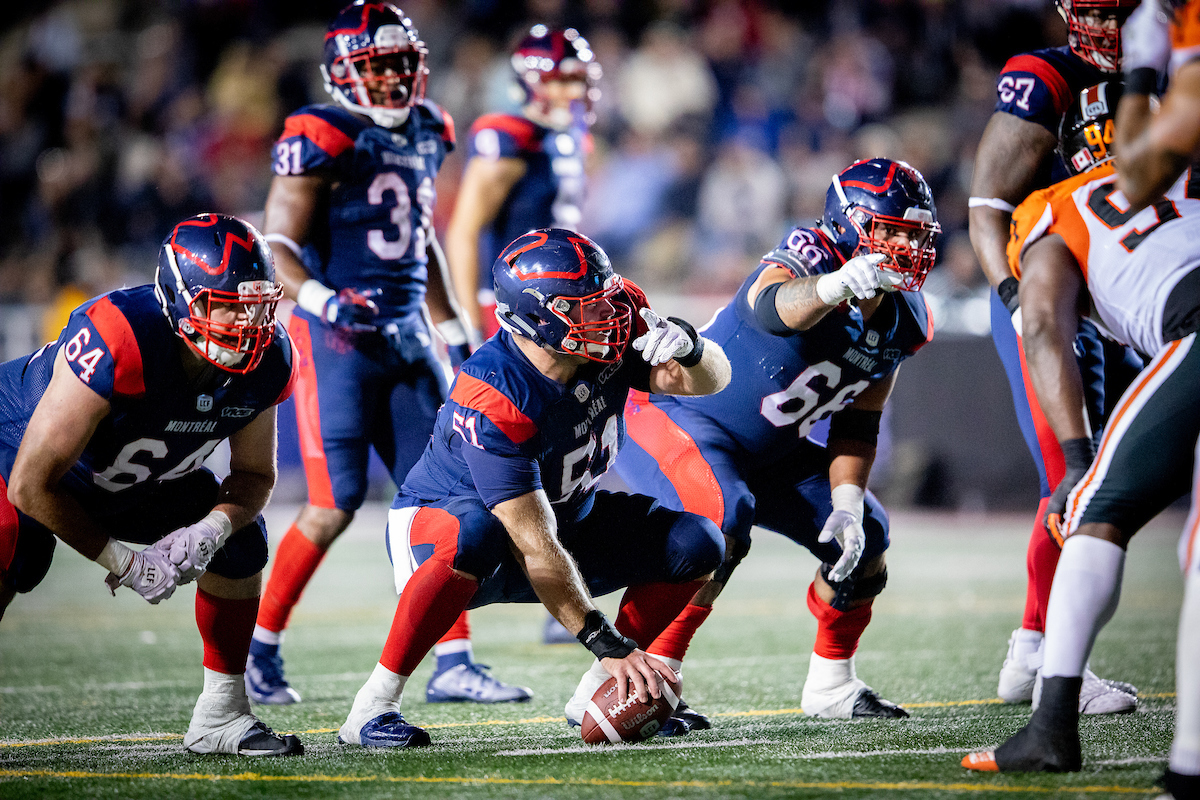 Does anyone know how many quarterbacks have been given the keys to our offence since Anthony Calvillo retired? We could count, but it’d be pointless since the team seems to finally have found the right man for the job in Vernon Adams Jr. Even if his games weren’t all glorious, Vernon’s ability to face adversity, scramble his way out of the most difficult situations and make spectacular plays stunned us all. However, our pivot didn’t only show progress on the field; he also proved he could command his unit admirably well. We saw how much his teammates believed in him throughout the season, and one last time when veteran Kristian Matte offered him a warm embrace at the end of the Eastern Semi-Final. Vernon grew as a quarterback, but maybe even more as man. He understands his role, he understands he still has so much to learn and, above all, he understands having a mentor like Khari Jones is an extraordinary opportunity. If all goes as planned, the tandem should be able to continue along the path to success next May, ensuring a level of stability our team has been longing for. 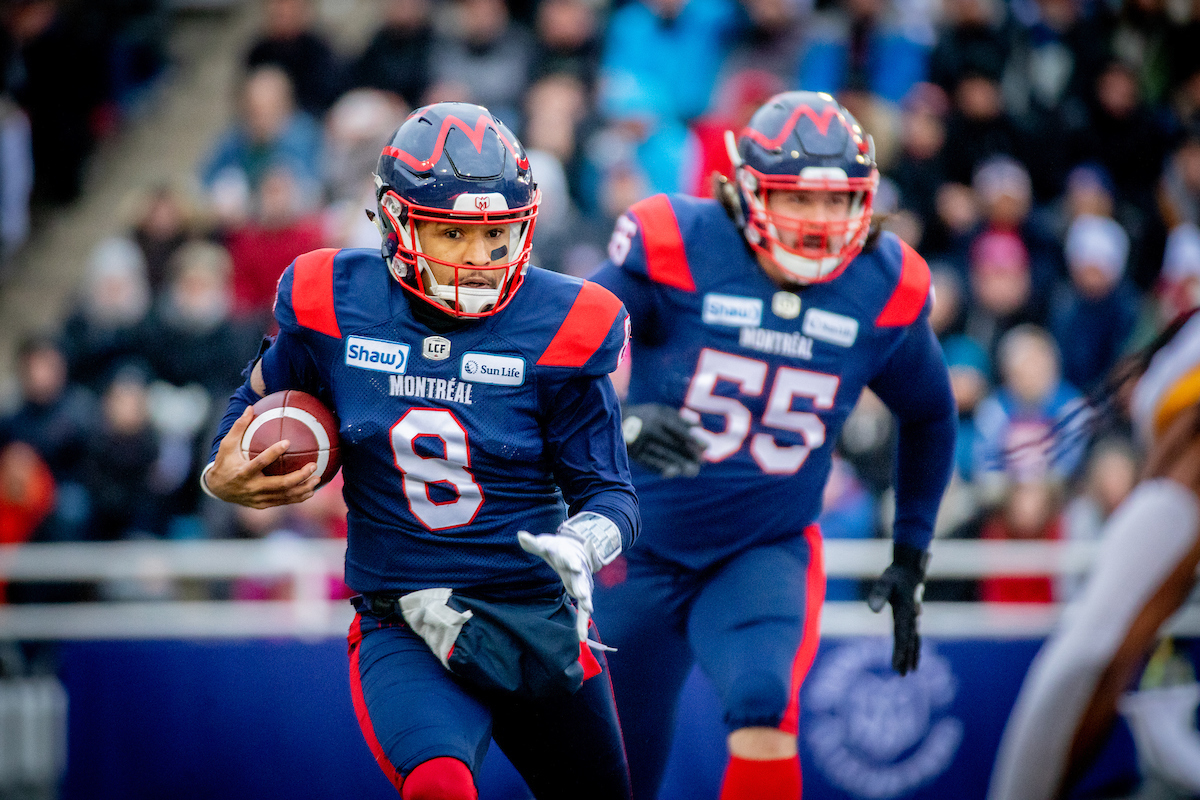