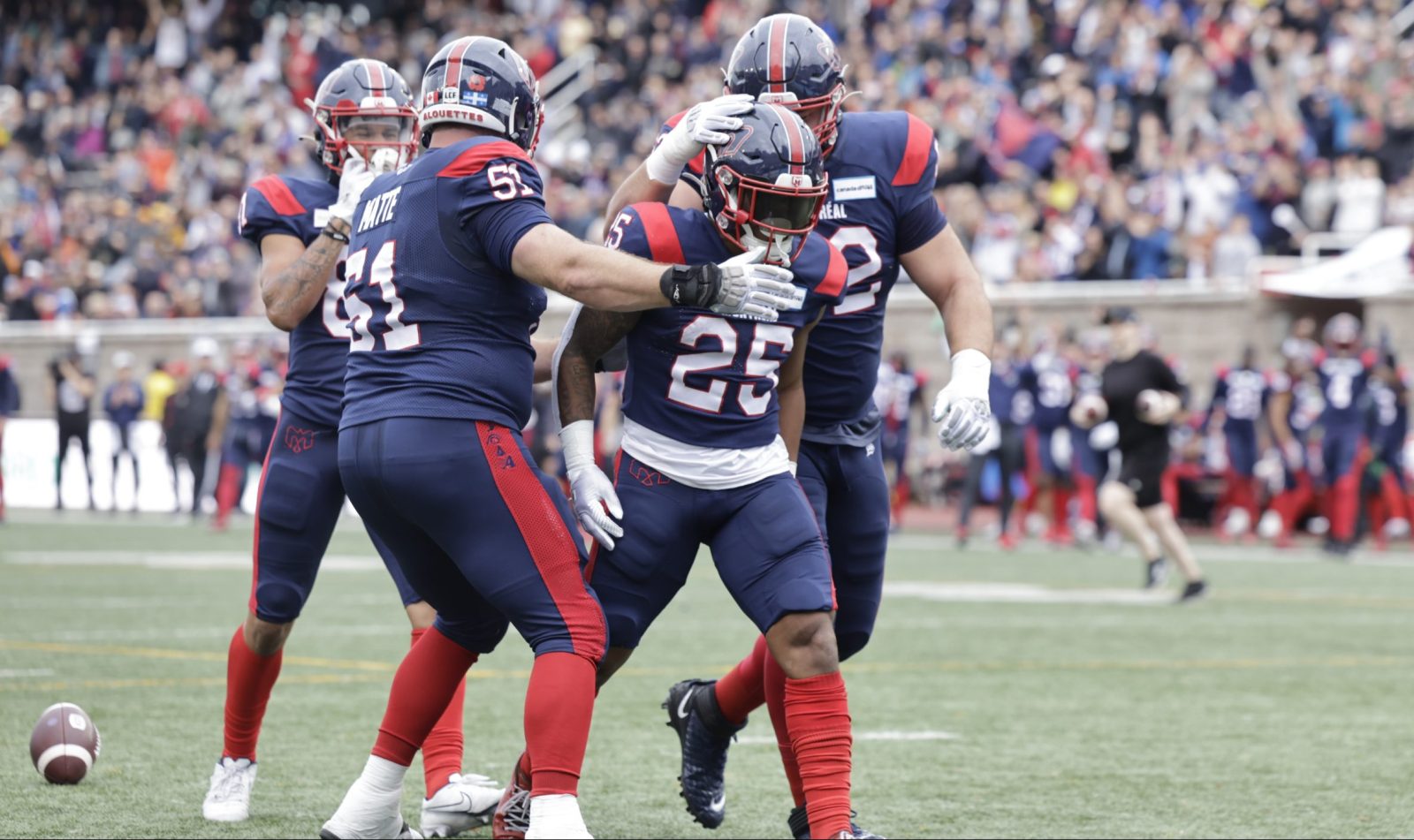 The Alouettes averaged a league leading 24.4 yards per kickoff return in 2022. On top of that, the Als averaged 11.9 yards per punt return, which was good for second behind Winnipeg. Those are impressive totals for a team with a special teams coordinator who found out he was getting the job the week before training camp. Byron Archambault showed that he can create a united and productive group.

Also, the primary kick-returner, Chandler Worthy, wasn’t even on the roster at the start of training camp. He joined the group midway through camp after he was released by Toronto. Worthy scored two touchdowns on kickoff returns, and he ended up being the East Division’s Most Outstanding Special Teams Player in 2022.

Chandler Worthy is not messing around! 88 yard return for a touchdown and the Alouettes (+2.5) are up 7-0 just like that! 👀

The above stats don’t even count the contributions that were made during the East Division Semi-Final win over the Hamilton Tiger-Cats on Nov. 6. Worthy had a terrific kickoff and punt return that directly led to the Als’ offence scoring 10 points on their ensuing drives.

Oh, by the way, the Alouettes also led the CFL in explosive plays in the return game, with 13 (missed field goal returns and punt returns of 30 yards or more, or kickoff returns of 40 yards or more).

It wasn’t a perfect season defensively for the Als. They fired defensive coordinator Barron Miles four games into the season, they replaced him with Noel Thorpe, and they also acquired and moved on from starters throughout the season.

On opening day in Calgary, the starting secondary was made up of Mike Jones, Greg Reid, Marc-Antoine Dequoy, Rodney Randle Jr, and Wes Sutton. By the end of the season, Reid was injured, Randle Jr. was released, and Wes Sutton was moved from cornerback to defensive back.

So, as you can see, there were quite a bit of change on defence, yet the Als still found a way to stay afloat throughout the season.

Speaking of changes on defence, Tyrice Beverette was one of the bigger ones. He signed a free-agent contract with the Als last winter but started the season predominantly on special teams. That changed in a hurry, as he made a big impact on the defence.

Beverette is the only player in the league that had more than 50 defensive tackles (56) and more than 20 special teams tackles (21).

The 27-year-old also made a couple of game-changing plays throughout the season. In October, he picked off a tipped pass by Elks quarterback Taylor Cornelius, and he ran the ball back into the Edmonton end zone which was 100 yards away.

In the postseason, he registered a key strip-sack on Ticats quarterback Matthew Shiltz in the East Division Semi-Final. That play essentially clinched the win for the Als.

The Alouettes acquired running back Walter Fletcher from the Edmonton Elks just days after William Stanback was injured in the regular season opener. It didn’t cost GM Danny Maciocia much (the Elks received a late-round draft pick), but the move paid off.

It took some time, but Fletcher became a big part of the offence right around Labour Day. Even though it’s a small sample size, let’s look at the seven meaningful games the Alouettes played from Labour Day to the Oct. 22 (the regular season finale in Toronto on Oct. 29 was meaningless and Fletcher was rested for most of that game).

In those seven outings, Fletcher picked up 330 rushing yards and 255 receiving yards. If we pro-rate those numbers over a full 18-game season, you quickly realize how impressive those totals are.

The totals over 18 games would be:

No running back in the league had at least 800-plus rushing yards and 400-plus receiving yards.

Achieving those totals over 18 games is exceptional, and Fletcher didn’t do that. But those totals are still very impressive over seven games.