Alouettes have 4 candidates in mind for head coaching vacancy 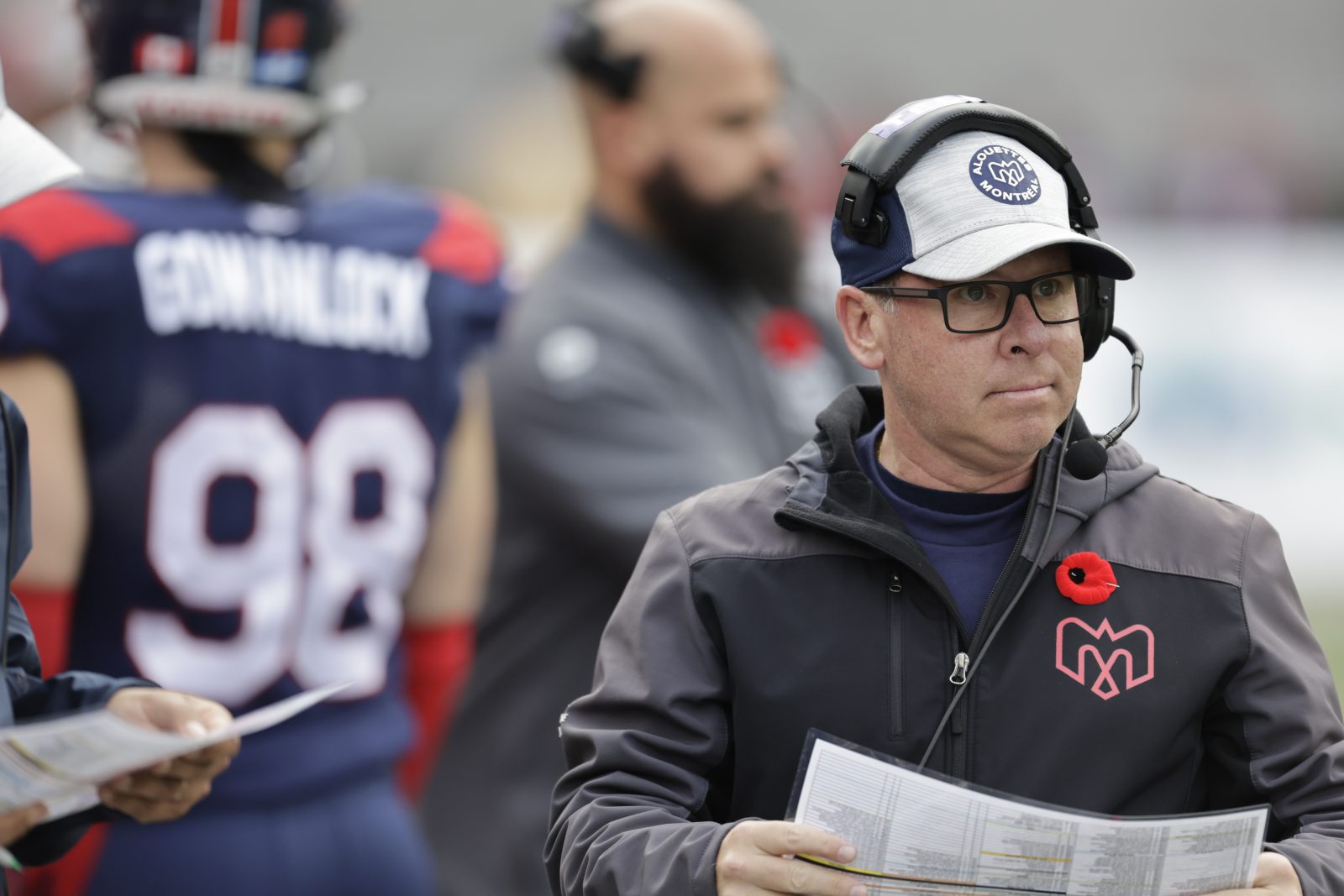 Alouettes have 4 candidates in mind for head coaching vacancy

Alouettes president Mario Cecchini and general manager Danny Maciocia had their year-end press conference at Olympic Stadium on Tuesday morning. They took questions from the local media for almost an hour. Many major topics were covered, including the search for the next head coach.

According to Maciocia, the Alouettes want to name a coach before Christmas. The 55-year-old made it clear that he’d like to focus on his job as general manager and that he wants a second person to take care of coaching.

“I’m not prepared to do both jobs,” he said on Tuesday.

“I am more than convinced that I don’t want to do this moving forward. Even with the exit meetings, there have been players that have mentioned it to me and there are a lot of assistant coaches that would like for me to keep doing this for the sake of continuity and as far as how we finished the season. I’m a firm believer that this is a job for two people. That’s where my focus lies.”

Another point that was made very clear, is that they will be hiring the best person for the job. If that person is bilingual, great, if they aren’t, that won’t prevent them for being considered for the head coaching position.

“We’re open to hiring someone from within or outside of the organization,” Maciocia added. “We want the best candidate moving forward. As I have stated since Mario and I were hired in Jan. 2020, all things being equal, yeah, we’d like to have someone from within, but it all has to be everything being equal. If it’s bilingual, it’s bilingual. If it’s English, it’s English. We definitely want to hire the best candidate available moving forward.”

Maciocia didn’t mention who he’s targeting in his search, but he did admit that there are four names that he’s interested in at this point.

Even though there’s a chance the next head coach could come from outside the organization, Maciocia hinted at the fact that he’d like to see most of the assistant coaches from the staff return. No one currently on the Alouettes’ staff is under contract for next season. Their contracts expire on Dec. 31.

The Als want Geno Lewis and Trevor Harris to return

Even though the team hasn’t hired a new head coach, there are certain players the organization would like to retain.

Yes, the coach will typically speak to a general manager about which players they want on the field and in the locker room, but in Lewis and Harris’ case, Maciocia is sure that any coach would want to have these players around.

“They’re both priorities for me,” Maciocia said of the quarterback and receiver. “I’d like to have them both back. I think that’s the general consensus in the organization, and I’m going to attempt to say that the next head coach will probably feel the same way.”

The Als on the right track

The Alouettes took a big step forward this season, as they managed to win their first playoff game since 2014. According to Cecchini, they continued to make progress of the field as well.

After seeing ticket sales increase in 2021, those numbers continued to rise this year. Also, radio and television numbers have increased as well.

“Our product is more popular now that it has been over the last five or six years,” Cecchini said. “That much is clear when you look at the ratings on French radio. Our television ratings on RDS have increased in each of the last two years. The ratings have almost doubled since 2018. That’s four seasons ago because we didn’t play in 2020. So, all signs point to us being on the right track. The next step will be for us to continue to understand what our fans wants so that we can get more people to come out to the stadium and to be more invested in the day-to-day activities of the team.”