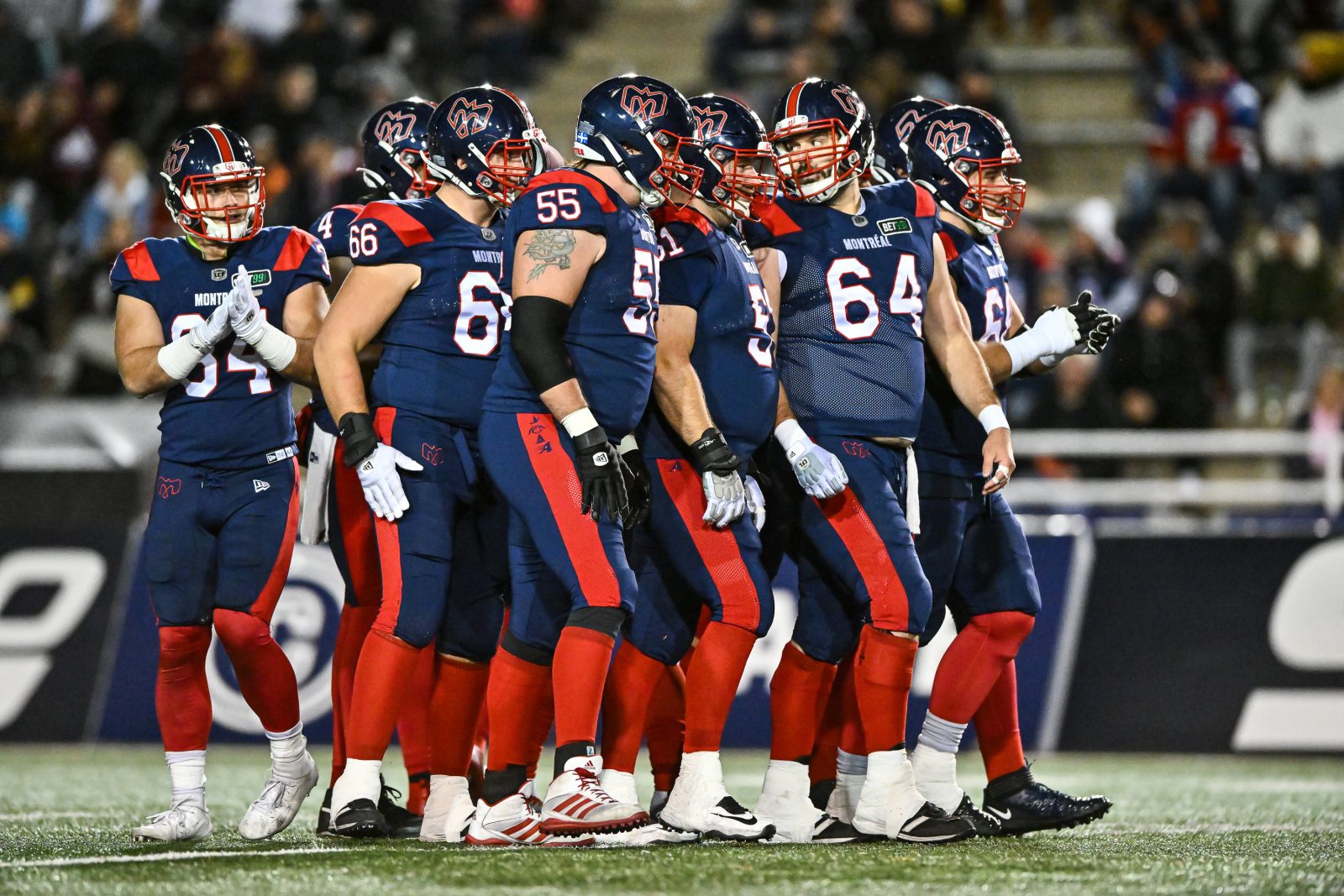 The Alouettes and Ticats will kick off the 2022 Playoffs on Sunday at 1 pm at Percival Molson Stadium. If you don’t have your tickets yet, make sure you pick them up on the Alouettes website right now by clicking on this link.

Getting the running backs involved will be key:

The Alouettes appear to be much more efficient offensively when they’re able to establish the run. William Stanback is healthy again, and he looked very comfortable in the two final games against Toronto. He only played the first half and still managed to pick up 23 yards on four carries. The 28-year-old also had 65 yards on just 10 rushing attempts the previous week.

“Every week, I feel like I’m progressing,” Stanback said earlier this week. “I’m feeling really good. I’m just keeping that positive mindset. That’s what’s helping me get through it. There’s really nothing else to it, I’m just ready for Sunday. Everyone is riled up; everyone is ready to go, and we know what’s at stake. We know what we could do, and we know what we’re capable of. We can make it really far in this playoff run.”

In last year’s East Division semi-final loss to the Ticats, Stanback rushed for just 29 yards on 12 carries for an average of 2.4 yards-per-carry. The running lanes simply weren’t there on that cold November day in 2021. The Als can win if they need to pass the ball repeatedly, but it will make life a lot more difficult for their offensive line if they have to become one-dimensional.

“You want to get at least five or six yards running the ball on first down,” added Stanback. “The run game, for us, is very crucial. It’s something that we build on, it’s something that we revolve around. I just want to be able to bring that edge to the offensive side. I want to be able to run effectively. My guys up front are going to be pushing for me, giving everything that they’ve got, and I’m just going to do everything I can to make sure they look good.”

Stanback aside, the Als also have Walter Fletcher and Jeshrun Antwi who can carry the load, too. Fletcher has taken his game to another level over the last few weeks, as he’s helped the team move the chains with his speed, rushing ability and pass-catching prowess out of the backfield.

Antwi quietly put together a solid rushing season, as he led the team with 600 yards rushing in 2022. He’s also capable of helping the offence with his ability to pass-protect.

Lewis had an outstanding year, and he was particularly great against the Ticats in 2022. In three games against Hamilton, Lewis had 22 catches, 305 yards and three touchdowns.

There isn’t much more to add to those numbers.

In last year’s East Division semi-final against the Ticats, Lewis finished with six catches for 127 yards and one touchdown despite having just one reception for two yards at halftime.

As is always the case in the CFL, you want to limit the number of big plays you give up. The Ticats have a couple of big-play receivers that will need to be kept in check throughout Sunday’s contest. Tim White and Steven Dunbar have each hit the 1,000-yard mark in 2022, and they’ll need to be stopped if the Als are going to advance to the next round.

“Tim White is an excellent receiver and so is Steven Dunbar,” safety Marc-Antoine Dequoy said. “The key will be for us is to locate where they are on the field. They have two good quarterbacks, but the receivers are the bigger threats. Their quarterback has thrown 16 touchdown passes, but he’s also been picked off 16 times, so they’re capable of making big plays but they can make mistakes too. It’s really about limiting what White and Dunbar can do.

“It’s also going to be a physical game. The team that’s more physical will win this game.”

Expect this game to be close:

If you include the preseason, these two teams have gone head-to-head four times this year. The Als won two of three regular-season matchups in 2022, but the Ticats were able to come away with a victory in the preseason.

There are a few things that stand out when you look back at the matchups.

First, the home team was victorious in every game. The Ticats hosted the Alouettes on July 28th, and Hamilton was able to win, 24-17. As you probably remember, the Alouettes were marching up the field with under one minute to play when Trevor Harris took a late shot to the back. He was slow to get up, and the concussion spotter removed him from the game. The comeback bid fell just short.

The second matchup took place at Percival Molson Stadium on Aug. 20. The Ticats took a late lead, but David Cote hit the game-winning field goal from 47 yards out with no time remaining in the game to give Montreal a 29-28 win.

The final regular-season matchup between these two teams took place in Montreal, and it ended 23-16 for the Alouettes. It allowed the Als to win the season series, and it put them in the driver’s seat to host this playoff game. But it was another one-possession game.

Every matchup was decided by seven points or fewer. Don’t expect it to be any different on Sunday afternoon.