‘We have to do a better job of showing up’: Als drop home decision to Redblacks 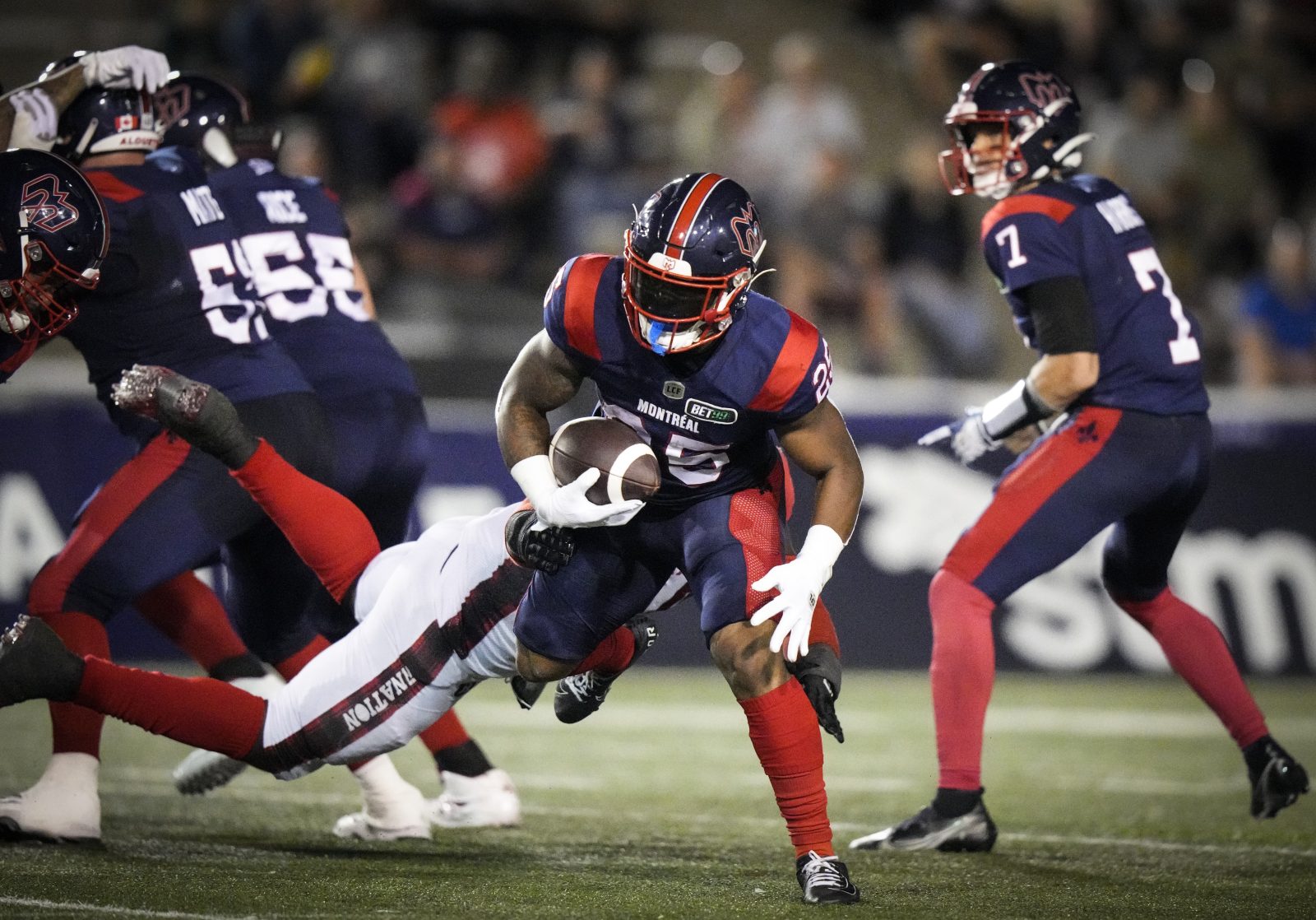 ‘We have to do a better job of showing up’: Als drop home decision to Redblacks

Friday night’s home loss to the Ottawa Redblacks is tough to swallow for the Alouettes. Not only did they drop a game at Percival Molson Stadium, but they also failed to create even more separation between themselves and a team behind them in the East Division.

This 38-24 defeat is the type of loss where you can’t point the finger at one person or one unit in particular. The Als need to be better in all three phases of the game. They weren’t efficient enough offensively, they didn’t execute defensively, and there were no big plays created on special teams.

So, what specifically went wrong on Friday night?

There is no way to sugarcoat this one. Professional football teams rarely win games when they lose the turnover battle decisively, and that’s what happened on Friday night. Ottawa managed to intercept two passes and they scooped up two fumbles.

In the end, the Redblacks managed to score 14 points off those four Montreal turnovers (one touchdown, two field goals and a punt single).

As difficult as the performance was offensively, it’s important to put things in perspective. Were they sloppy? Absolutely. But was this just a blip on the radar? Possibly. In the previous two outings, the Alouettes turned the ball over just once.

On a more positive note, the running game looked very good tonight. Walter Fletcher had nine carries for 62 yards and Jeshrun Antwi had five carries for 56 yards. Unfortunately, when you fall behind, you almost have to abandon the run, but that’s one positive aspect of the game that they can build on heading into next week’s game against the B.C. Lions.

You have to give the Redblacks credit for their overall effort on Friday night, particularly on offence. Quarterback Nick Arbuckle made some important throws, he was able to scramble for positive yardage and he got rid of the ball quickly.

The Als defence didn’t register a sack, but they managed to bat down four balls at the line of scrimmage. But that still wasn’t enough.

Arbuckle and receiver Jaelon Acklin had a strong connection throughout the night. The Ottawa quarterback finished with 313 yards passing, and 159 of those went to Acklin, who had 63 YAC yards in the game.

“He’s one of the best receivers in the league,” Als defensive back Wes Sutton said of Acklin. “He just comes into work, does what he’s supposed to do. He had a good day against us. It’s tough to see that as a defensive back or even as the opposing team. It’s hard to see a guy have a day like that, but we respect him. He’s a good guy and a good receiver as well.”

In fairness to the defence, they managed to hold the Redblacks to field goals in the red zone on multiple occasions, including twice when the offence turned the ball over and five times overall.

The field goal kickers for both teams were busy throughout the night. Als kicker David Cote finished the night three-for-three including one kick from 44 yards. Ottawa’s Lewis Ward went five-for-five on the evening.

Despite taking a penalty for an illegal kickoff out of bounds to start the second half, Cote played a solid game. You can’t really ask your kicker to do much more than what he did.

Redblacks punter Richie Leone also managed to pick up two points for his team on a pair of punt singles. That means that the kickers combined to score 26 points (excluding the extra points).

That shows that both offences failed to finish drives in the end zone.

Receiver Tyson Philpot was a bright spot for the Alouettes offence on Friday night. He finished with four receptions for 71 yards, but he was forced to exit the game in the second half.

During the Alouettes postgame show, Philpot mentioned that the injury wasn’t considered serious. He described it as a Charley horse. That’s good news considering he’s collected at least 50 yards receiving in back-to-back games.

The rookie’s adaptation to pro football has been very smooth.

The news doesn’t appear to be as good for Canadian linebacker Frederic Chagnon, who left the game in the first half. Chagnon never returned to the game, and he was seen on the sideline in street clothes. There was no official update on his status.

The Alouettes will be back on the practice field on Monday morning. They’ll host the Lions on Friday night at Percival Molson Stadium.

They still find themselves in second place with a record of 4-7. The Toronto Argonauts, who are in first place in the East, own a 5-5 record, while the Hamilton Tiger-Cats and Ottawa Redblacks both have 3-8 records.

If the playoffs started today, only two teams would make the playoffs from the East Division. The Saskatchewan Roughriders would be the cross-over team.