‘It doesn’t matter where you get drafted’: Zach Lindley 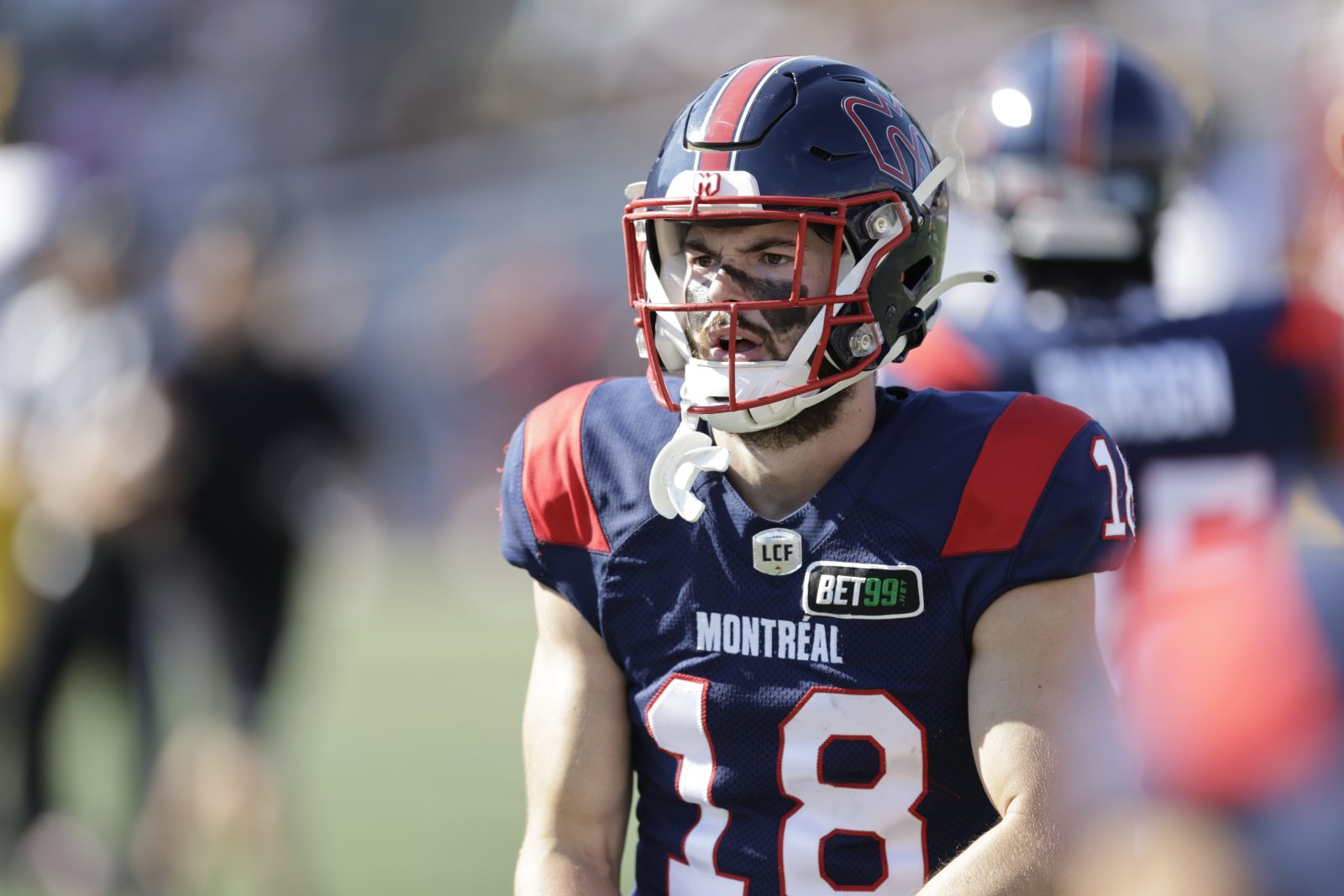 ‘It doesn’t matter where you get drafted’: Zach Lindley

‘It doesn’t matter where you get drafted’: Zach Lindley goes from eighth-round pick to special teams ace in Year 1

Finding quality football players in the eighth round of the CFL Draft isn’t easy, but the Alouettes have shown that there is talent to be had in the final selections.

After landing a gem in the final round the 2020 draft in defensive end Brock Gowanlock, the Als selected Western Ontario linebacker Zach Lindley with the sixth-to-last pick in 2022. Not only has Lindley made the team, but he’s also been one of the standout players on special teams so far this season.

After Saturday’s game against the Tiger-Cats, the 22-year-old is in a tie with teammate Tyrice Beverette for third in special teams tackles in the CFL, with 10. BC’s Kevin Francis has 12 while Hamilton’s Stavros Katsatonis has 11. Those two players have played two and three games more than Lindley respectively.

“I think there’s still a lot to improve in my game,” a humble Lindley said after practice on Monday. “I’ve only played six games, and even though the stats may say that I’m fourth in special teams tackles, I still think there’s a lot out of me that I can improve upon. Hopefully in these last nine games I get an opportunity to show it.”

The Chatam, Ontario native had a very productive career at Western. The team won two Vanier Cup titles during his time there, including one in his final season in 2021. He finished last year’s OUA regular season with 58 tackles, four tackles for a loss, one sack, two forced fumbles, two fumble recoveries and two interceptions.

Despite the success he had at Western, the Als rookie wasn’t invited to the National Combine in Toronto last March. Based on that fact alone, he figured he probably wouldn’t be selected in the first two rounds of the draft. What he didn’t expect, was that he’d fall to the final round.

“I liked my chances of being able to get drafted, but maybe not as late as I ended up going.” added Lindley, whose father, Mike, also played football at Western and was drafted by the Toronto Argonauts in the 1991 Draft. “I was with my family at the time. I waited a while, so that part kind of fazed me, but the fact that I got drafted…it doesn’t matter where you got drafted, really. I’m still here. I got an opportunity. I got the same opportunity the first-round pick got. Just the fact I got an opportunity, I’m grateful for. I think I’m showing that every day, it doesn’t matter where you get drafted as long as you perform.”

Lindley went through training camp and the preseason with the Alouettes, and he earned a spot on the practice squad despite still having USports eligibility remaining at Western.

Was he shocked to make the team? Not really. Did he think he was going to be sent back to school? Definitely.

“I was just grateful to be here,” he said.

“At first, I thought I might be going back (to school). A lot of guys in my situation get sent back with eligibility. I was just grateful to be here and show that I can play if need be. I got the opportunity after three games, and I feel like I showed that I can play here.

“After our last (preseason) game against Ottawa, (former defensive coordinator) Barron Miles said, ‘now you get to go back to school, and you’ll say you played in the CFL.’ I said: ‘Oh, is that your way of telling me that I’m getting cut and sent back?’ The day after, I was expecting a phone call telling me I had been cut and I never got one.”

Ultimately, management decided to keep Lindley around for the season. That decision has paid off in a big way, too. Since getting into the lineup in Week 4, Lindley has made at least one special teams contest in each game. Last Thursday in Winnipeg, he had a career-high three special teams tackles.

If you pay close attention to what happens on special teams, particularly on punts, you probably noticed that Lindley is often the first gunner down the field when the opposing returner catches the ball. Even though he isn’t the biggest guy on the field, he plays with a hunger and a desire that are difficult for the opponent to contain.

“Lindley has a tremendous amount of heart,” special teams coordinator Byron Archambault said on Monday. “That’s what it takes. It takes will, it takes effort, it takes desire and athletic abilities. He has all of that. We liked him in the (draft) process. We thought he played like that in college at Western, too.  He brought that same vibe (to Montreal).

“Guys like that help you win games. That’s why we’re extremely happy to have him here. Lindley fought through training camp and in the season, he’s been great for us.”

Lindley knows that he must keep playing with heart if he wants to stay on the active roster every week. Based on what we’ve seen through six weeks, that shouldn’t be an issue.