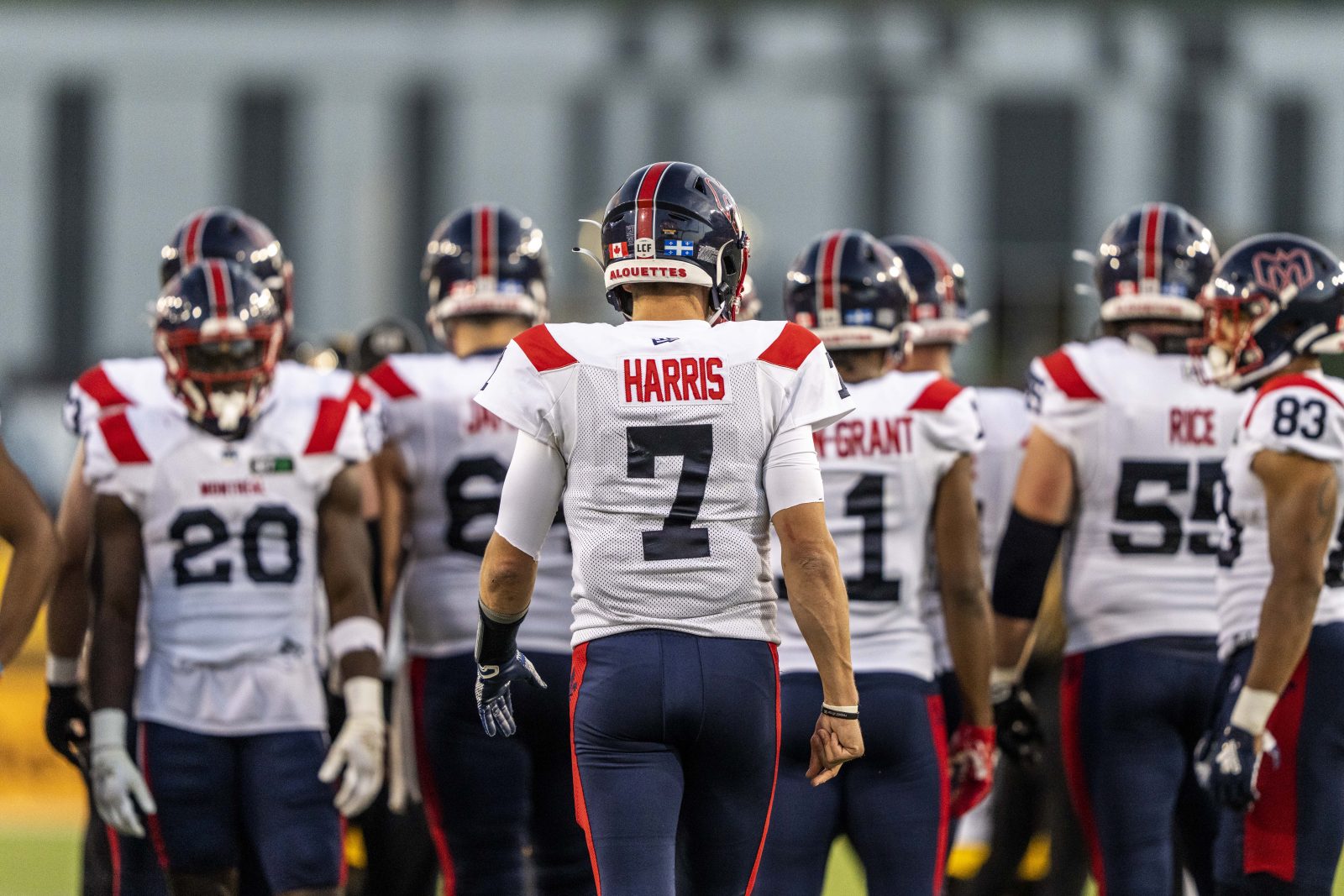 American running back Tavien Feaster will be making his CFL debut against the Bombers on Thursday night. Feaster had a short stint with the Alouettes during training camp, but he had to leave to tend to a personal matter.

He rejoined the squad earlier in the season and he’s been practicing with the group for the last few weeks. He took some first-team reps throughout the week and should be ready to handle enough carries to make a difference on Thursday.

The former Clemson Tiger won the National Title with the school in 2016 and 2018. At the pro level, Feaster suited up for the Jacksonville Jaguars, New York Giants, Detroit Lions, and Arizona Cardinals.

Fellow running back Walter Fletcher will be coming out of the lineup to make room for the 24-year-old.

Canadian tailback Jeshrun Antwi will be the starter in the backfield.

Warren Newman will get back into the lineup:

If you love speed, you’re going to love rookie kick-returner Warren Newman. He won’t be the biggest player on the field (he’s 5-foot-5), but he can be a factor in the return game.

Newman has been patiently waiting for an opportunity to play. He’s been on the practice roster for most of the year after missing a good chunk of training camp with a foot injury.

Chandler Worthy’s injury opens the door for Newman to make his debut in Canada.

“It’s very exciting,” Newman said after Tuesday’s practice. “I’m amped up. We put the work in all week. We have a great gameplan, and I trust my teammates (to block for me). They’ve been doing well all season. Chandler (Worthy) even watched the film with me, and he gave me advice on how I’m supposed to approach the week. I’m thankful that a veteran ahead of me (that was willing to help).”

Newman made his first appearance with the Als in Week 2 against the Argonauts in Toronto, but he didn’t handle a ball in that one.

Fun fact: One of Newman’s mentors is none other than former Alouettes kick-returner Ezra Landry.

Pier-Olivier Lestage, who signed with the Als on Sunday, will be making his debut with the team on Thursday night.

The 24-year-old (he’ll turn 25 on game day), spent last season with the NFL’s Seattle Seahawks after spending his college career with Danny Maciocia at the University of Montreal.

Lestage won’t be in the starting lineup on Thursday because he still needs to familiarize himself with the team’s playbook and style of play along the offensive line, but he should be able to compete for a starting spot in the near future.

Earlier this week, he admitted that he’s most comfortable at either guard spot.

The depth chart for tomorrow’s game against the Bombers! pic.twitter.com/7Fit4MOZGM

There’s good and bad news on the injury front for the Als heading into this game.

Let’s start with the good!

Canadian linebacker Chris Ackie has been removed from the six-game injured list. He’s going to be making his return to the lineup. That’s a huge piece that defensive coordinator Noel Thorpe is getting back.

He may not get the full workload that he’s accustomed to getting because the team could opt to bring him along slowly, but it’ll be good to see him out on the field again.

Ackie suffered an ankle injury during the Week 2 game in Toronto against the Argonauts, and he hasn’t played since.

The bad news is that three players will miss the game with an injury.

There’s no avoiding the truth here. It’s going to take a near perfect performance by the Alouettes to win this game on Thursday night. It’s going to be difficult, but the Als have shown that they can beat anyone when they’re on their game.

“They have a record of 6-0, I think, when games are determined inside of three minutes,” Maciocia said of the Bombers. “It’s a team built on a veteran presence, there’s continuity there, there’s a little of stability, and they know how to win. That makes all the difference in the world, especially when you find a way to win games in the last three minutes.”