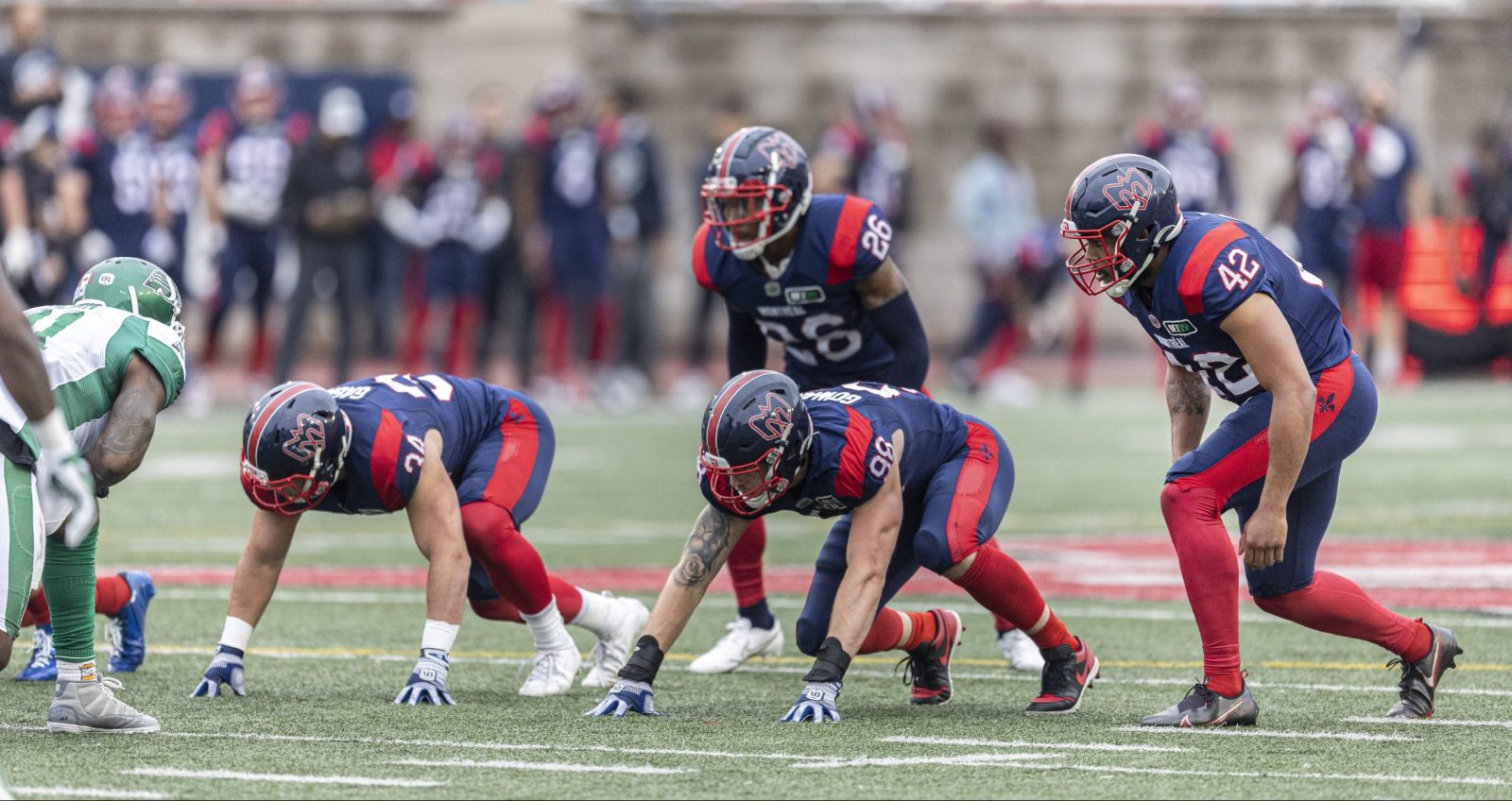 The Alouettes and Elks will continue their rivalry at Percival Molson Stadium on Thursday night. On top of watching an exciting game between two old foes, you’ll be able to celebrate the 20th anniversary of the 2002 Grey Cup win over Edmonton.

Several Als alumni will be on hand for the celebration, including Anthony Calvillo, Ben Cahoon, Scott Flory, Uzooma Okeke, and several others.

You can purchase a ticket to the game, a hot dog and a beverage for as little as $29. Reminder: hot dogs will be sold for $2 all night long!

But enough about food. It’s time to get to the serious matters on the field:

Harris has taken the majority of the first-team reps at quarterback this week, which means he’s in line to start Thursday’s game against his former team. The 36-year-old was acquired in a trade with the Elks last October.

It appears as though the Als have put an emphasis on finishing drives with touchdowns. They’ve moved the ball fairly well between the 20-yard lines, but they’ve settled for short field goals often. This is an issue that dates back to last season, too. Harris is hoping all that changes on Thursday night.

“As players, we want to make sure that we’re executing the plays that are there,” Harris said after Sunday’s practice. “Obviously, we’re putting an emphasis on scoring touchdowns. There’s no mistake about it. We’re taking things personally. We want to score touchdowns. That’s the name of the game and that’s what we’re going to do.”

Harris has a 1-1 record in his two starts this season.

-AC calling the plays on offence:

Whenever coaching changes are made, there will be different responsibilities given to different members of the staff. Khari Jones had been calling the plays on offence, but with him no longer in the organization, that responsibility will fall on the shoulders of Calvillo.

The Als quarterback coach will be selecting the offensive plays between now and the end of the season, but the entire offensive staff will participate in putting the game plan together during the week.

“We’re going to ask AC to call the plays,” said Maciocia. “He’s going to take care of calling the plays, but I repeat, during the meeting we had last week, we determined that everyone has a role, every role is important. We have a plan in place that we’re comfortable with on offence. But we obviously need one person to call the plays.”

Expect Andre Bolduc (running backs coach), Mike Lionello (receivers coach), Luc Brodeur-Jourdain (offensive line coach), Maciocia and Calvillo to have an input when it comes to the shape of the offensive unit.

“What’s great about working with these offensive coaches is that we’ve built this game plan together, whether it comes to the running game or the passing game,” Calvillo said after Tuesday’s practice. “We’re going to sit down and say, ‘what are our best thoughts for first-and-10, what’s our best thought for second-and-medium.’ I’m going to give my input, they’re going to give their input, but at the end of the day, I’m going to call what I feel comfortable calling based on what we put together.”

-Walter Fletcher starts at running back:

Jeshrun Antwi missed Sunday’s practice, but he was able to return to the field on Monday and Tuesday. But it was Fletcher who took the starting reps on offence this week.

Not only will this be his first start as an Alouette, but he’ll also get to do it against the team that traded him to Montreal earlier this season, the Elks.

“A little bit,” Fletcher said when asked if this game meant a little more to him because it’s against his old team. “You try not to think about it on the field though because it’s pro sports. You can get traded or released. Those things happen. You definitely want to have something that fuels you, and that’s going to fuel me when I’m out there. I just want to play hard and do what I can to help this team win.”

The Als sent Edmonton a sixth-round draft pick in 2023 in the deal, which was completed on June 14th.

The 25-year-old is reunited with Harris, who was his quarterback in Edmonton for a portion of last season.

“That’s my guy,” Fletcher said of Harris. “Most of you guys know that my journey to Edmonton started with Trevor reaching out to (former GM) Brock (Sunderland) and (former head coach) Jamie (Elizondo). A week later, they called me. Just that trust that he has in me, the confidence he has in me helps me a lot back there. Any questions I have on and off the field, he’s always there.”

You’ve been waiting for it, now you’re going to get. The first overall pick in the 2022 CFL Draft will get to make his first start as a professional.

Richards took most of the snaps on defence at middle linebacker this week, but veteran Micah Awe should rotate in on defence throughout the game. Even so, it’ll be interesting to see what the rookie can do with more snaps.

“I enjoy being in the middle of the defence,” he said on Tuesday. “It’s easy to communicate with everyone and get everyone on the same page. The guys will be talking to me, and you kind of hear everything. All the communication that goes in on the back end and even in the front. Just knowing what all the guys are doing really helps me. I’m enjoying (middle linebacker).”

If the preseason taught us anything, it’s that the 23-year-old isn’t shy about throwing his weight around on the field.

This Redblacks quarterback got to meet rookie linebacker Tyrell Richards on Friday night. What did you think of the first overall pick's performance in his first game as an Alouette? #MontreALS pic.twitter.com/2XPsPHQAn6

This is his third tour of duty with the Alouettes, as he was also on the staff that won the Grey Cup in 2002. Like several players on both sides, Thorpe also spent time in Edmonton. He was the team’s special teams coordinator and DB coach from 2008 to 2010 and he was their defensive coordinator in 2020.

Thorpe is a detail-oriented coach that should be able to get the most out of this group. His defence is typically aggressive and his units usually find a way to get after the quarterback.