Chip Cox inducted into the Canadian Football Hall of Fame 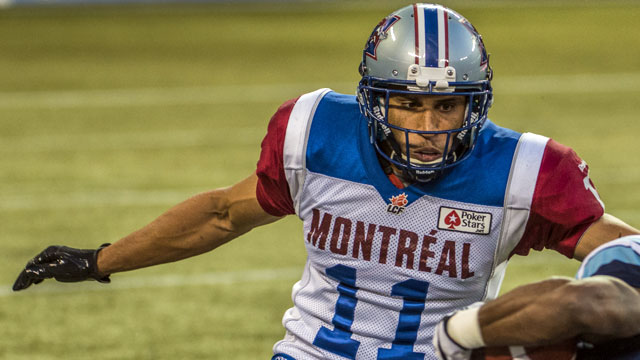 Chip Cox inducted into the Canadian Football Hall of Fame

Montreal, June 21, 2022 – Chip Cox didn’t have to wait too long before receiving the call from the Canadian Football Hall of Fame, as he was elected in his first year of eligibility. And for good reason as the former Alouettes linebacker was a dominating force on the Alouettes roster throughout his career.Cox played 13 seasons in the CFL, all with Montreal. In 228 games, he racked up an impressive total of 979 defensive tackles, the fourth highest total in the history of the CFL. Fast and electrifying, Cox holds the CFL record with 392 fumble return yards. He also tallied 23 interceptions, as well as eight defensive touchdowns throughout his career.The Columbus, OH native was voted the CFL’s Most Outstanding Defensive Player in 2013, following a season where he registered a team record 115 defensive tackles, adding 12 sacks and four interceptions to his stats line.The former University of Ohio Bobcat hoisted the Grey Cup in 2009 and 2010, on top of helping the team reach the championship game in 2006 and 2008. He was voted a CFL All-Star four times, and an East Division All-Star on six separate occasions.Ritchie also gets the callCoach Dave Ritchie also received the call from the hall following his brilliant CFL career. He was the Alouettes bench boss in 1997 and 1998, where he maintained a 25-10-1 record. He helped the team reach the East Final in both of those seasons. He was Ben Cahoon and Anthony Calvillo’s first coach with the Alouettes when they arrived in Montreal in 1998.