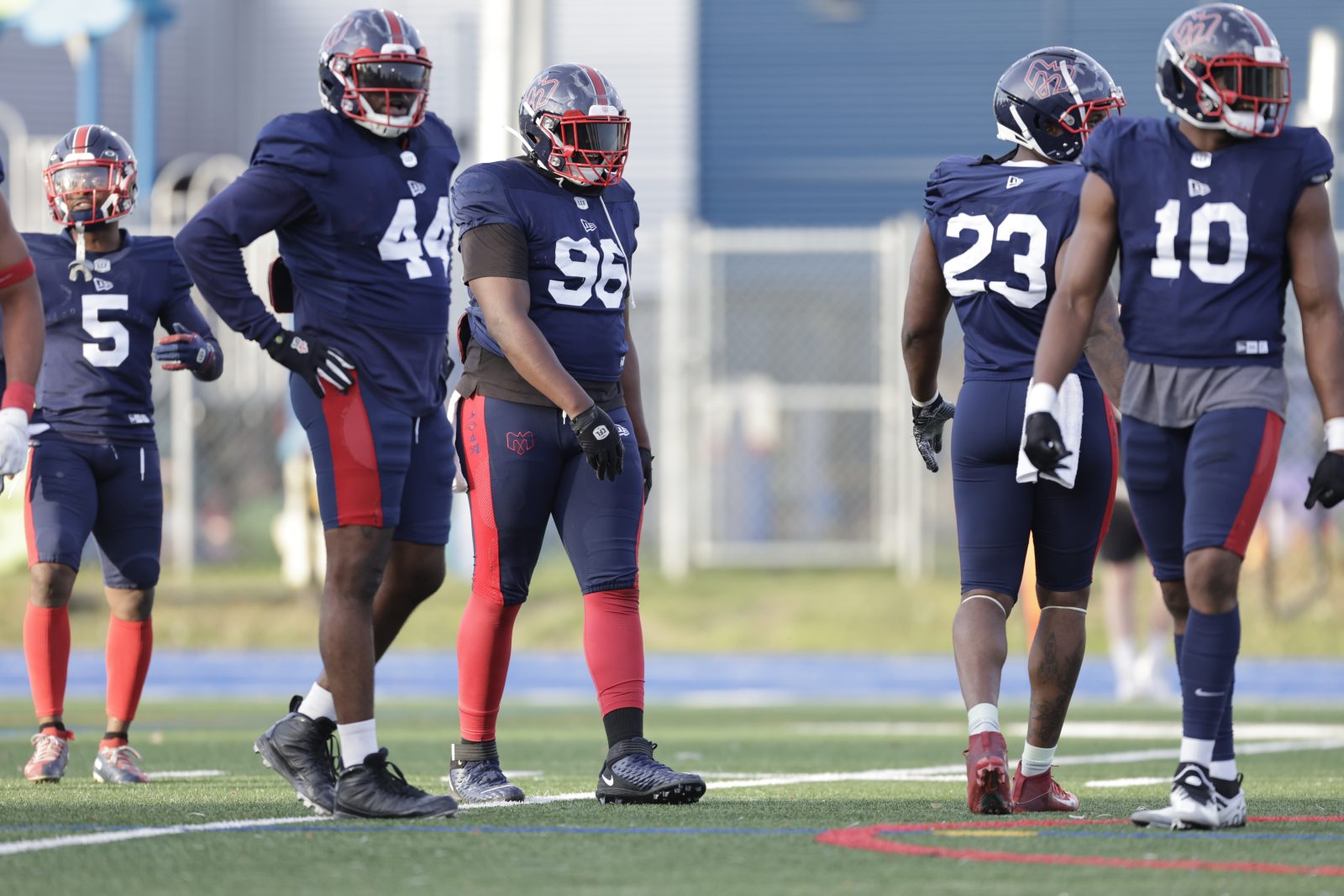 We’re down to one full practice remaining in training camp. Tomorrow will be the final two-hour session before Thursday’s walkthrough.

There were two new faces at practice this morning, as kicker Dante Brown and receiver Chandler Worthy made their Alouettes debut. Both players have been around the CFL during their careers.

Brown was drafted by the Elks in the fifth round of the 2020 draft. He spent all of 2021 on Edmonton’s practice squad and he made a brief appearance at Ticats training camp in 2022.

Worthy has been a solid receiver and returner for the Toronto Argonauts over the last couple of seasons. During the 2021 season, the 28-year-old had 203 receiving yards, 31 rushing yards, 455 yards on punt returns and 613 yards on kickoff returns.

“I like Chandler a lot,” Khari Jones said after today’s practice. “I’ve liked him from afar watching him with Toronto. I believe he played against us in 2019 and he had a really good game receiving and returning. We’ve seen him as a returner in the league for a while. We’re just looking for depth and an exciting football player.”

Worthy was wearing number 30 at practice today. He didn’t participate in offensive drills today, but he did field several punts and he also put in some extra on-field work after practice was over. Jones mentioned that Worthy will play against the Redblacks on Friday night, but that he’ll primarily be used on special teams.

The Als now have three pure kick returners on their roster with Worthy, Mario Alford and Warren Newman. That’s not a luxury they had one year ago.

After Alford suffered an injury in the first half of the season, the team struggled to find a replacement for him.

“It’s a big part of the game,” added Jones. “You need to have a quality person back there returning. We didn’t by committee a bit last year. I thought it hurt us. We just didn’t have a stable person back there to catch the ball on a consistent basis sometimes. You need that person back there that can make someone miss. We feel like we have a few of them now.”

The 28-year-old has fit in very well with his new teammates. Second-year Alouettes Nick Usher and Almondo Sewell were teammates of Moore’s in Edmonton.

He’s gotten a good push up the middle on a regular basis and he also batted down a Vernon Adams pass in practice on this morning.

Vincent Forbes-Mombleau was back on the field after missing more than a week with an injury.

The former Laval Rouge et Or receiver has a compact build and he’s a relatively polished route runner for a rookie.

The Alouettes selected Forbes-Mombleau in the third round of the 2022 CFL Draft. He was one of two USports receivers selected by the Als in this draft, as Tyson Philpot (Calgary Dinos) was chosen ninth overall.

The injury prevented him from playing in last Saturday’s preseason game against the Hamilton Tiger-Cats, so Friday’s clash against the Ottawa Redblacks will be his first game as a pro.

STANBACK COULD PLAY ON FRIDAY

Stanback missed a few days of practice last week, but he did participate in yesterday’s on-field session. The 27-year-old was watching from the sideline today. Jones said that Stanback could potentially play on Friday night.