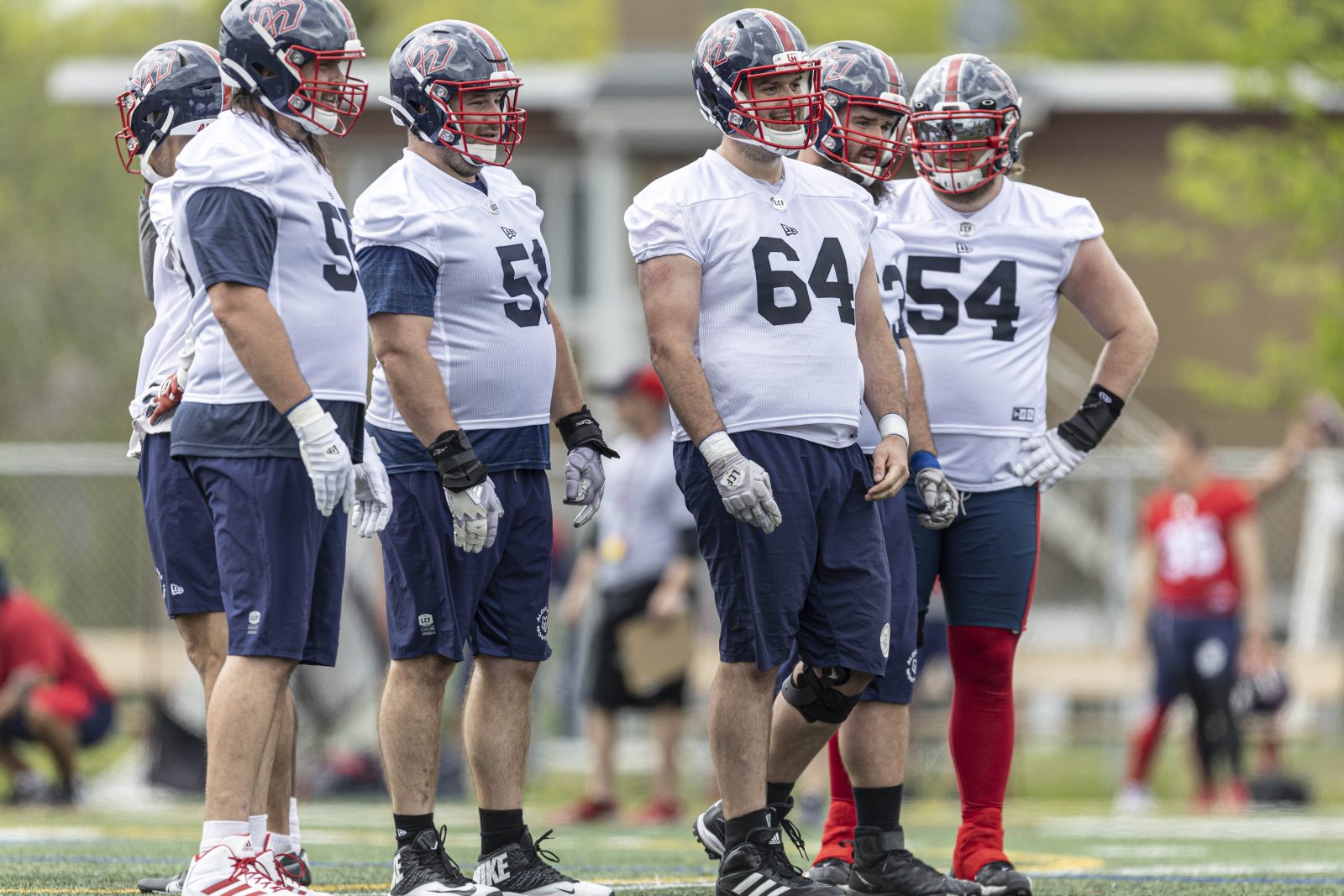 There are only a few days remaining in this year’s training camp. The Als showed some good things during Saturday’s preseason loss to the Hamilton Tiger-Cats and, as always, there are things they need to improve heading into Friday’s game against Ottawa.

The coaches still have three full days of practice and one preseason game to evaluate the remaining players on the roster, but difficult decisions will have to be made.

Let’s tackle some of these questions.

1 – Who will start at left tackle?

The Alouettes brought back four of their five starters along the offensive line from last year. Landon Rice, Kristian Matte, Sean Jamieson, and Philippe Gagnon are all expected to start in 2022. Veteran Tony Washington was traded to Edmonton as part of the deal that saw defensive tackle Mike Moore land in Montreal.

Chris Schleuger has taken most of the starting reps on the left side of the offensive line, but we’ve also seen Nick Callender, Mark Brooks and newcomer Clayton Bradley have also suited up there at some point.

Schleuger has the most CFL experience of that group, as he first joined the Alouettes in 2019 after stints with the Saskatchewan Roughriders and Pittsburgh Steelers. Injuries limited the 27-year-old to just three games last season, but he played in 13 contests during the previous season.

Callender joined the Als in June of 2021, and he made five appearances that year. The former Colorado State product has had a strong camp thus far and he certainly appears to be in the hunt for a starting job.

Both Schleuger and Callender have played right and left tackle in the CFL. That versatility is valuable considering the smaller rosters in this league.

Brooks and Bradley are both new to the Canadian game.

2 – Which American receivers will play behind Geno Lewis and Jake Wieneke?

Geno Lewis and Jake Wieneke are established CFLers, so there was no need to play either one of them in Hamilton. It’ll be interesting to see which other receivers will stick on the roster behind them.

Reggie White Jr. has been rolling with the starters since the first day of camp. As the number one receiver on Saturday night, he managed to pick up three receptions for 62 yards and one touchdown in roughly one quarter of action. Not bad at all.

It looks like White Jr. has locked up the other American starting job. The Als will use three internationals at receiver, and they’ll start two Canadians, who will likely be Hergy Mayala and Kaion Julien-Grant.

There may or may not be room for one more American on the active roster. Dante Absher has been around since 2019. He’s been sitting on the practice roster or has been out injured during most of his CFL career thus far. Absher has been filling in for Jake Wieneke while he’s been recovering from a minor injury.

Krishawn Hogan put together an impressive performance in Hamilton, as he finished with 11 receptions and 102 yards receiving. It would be hard to envision the Als walking away from him after a performance like that, but stranger things have happened.

Fabian Guerra and Cole Spieker have also looked good throughout training camp. Guerra had four receptions for 24 yards against Hamilton, while Spieker had one catch for eight yards.

3 – Who will replace Ahmad Thomas at middle linebacker?

Ahmad Thomas was the starter at middle linebacker as a rookie in 2021, but he hasn’t made an appearance at training this year. He’s currently on the suspended list.

The competition at this position will likely come down to Tre Watson, who is entering his second year with the Als, and a few other players. The 25-year-old made seven defensive tackles and seven on special teams during an eight-game sample size last season.

Reshard Cliett, who was drafted by the Houston Texans in the sixth round of the 2015 NFL Draft, joined the Als late last season. He began 2021 as a member of the Toronto Argonauts.

Erroll Thompson, who is new to the CFL, made two tackles on defence in Hamilton on Saturday night and he added one more on special teams.

Josh Harvey-Clemons, who is also entering his first CFL season, came up with a quarterback sack against the Tabbies. He could be an option at that position, but and Thompson haven’t spent any time with the first-team defence.

The first overall pick in 2022, Tyrell Richards, may have had a chance to start from day one, but he’s been sidelined with an injury during the last few days of camp. It also kept him out of the lineup on Saturday.

It would be a little surprising to see him start at middle linebacker on opening day given the days he’s missed, but don’t be surprised if he grabs a starting job sooner than later.