A rainy day at practice 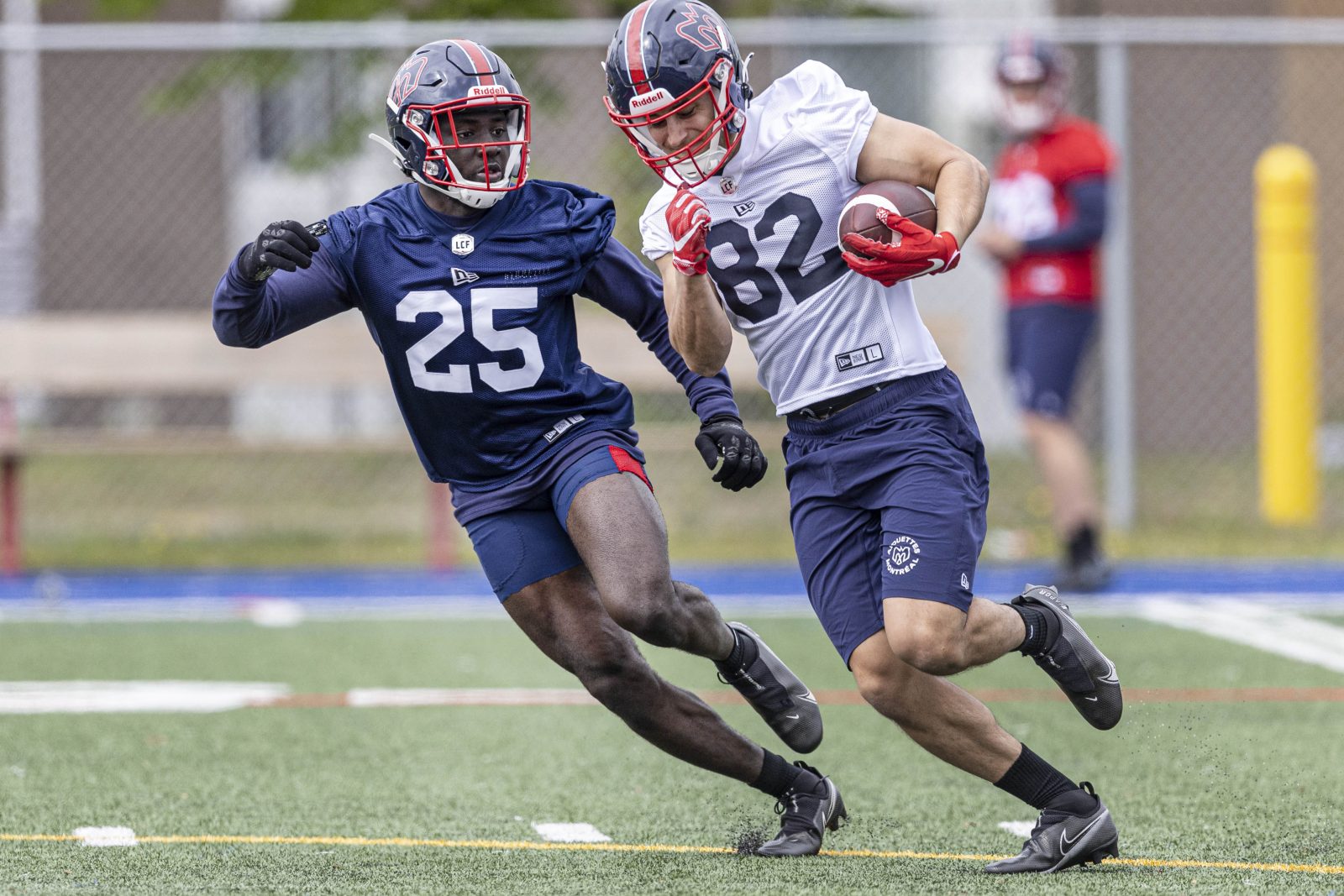 A rainy day at practice

Trois-Rivières, May 26, 2022 – Thursday was to be the last day of camp where the Alouettes had two practices during training camp, but Head Coach Khari Jones had a surprise for his players.

A few minutes after the second practice was under way, he called all the players to the middle of the field and told them to head towards the pool. Many screams of joy followed, as the players were happy to get off their feet a little more than 48 hours away from their first pre-season game, in Hamilton.

“I am proud of our guys. They had a great week of practice and deserved this moment to rest,” said Jones while a few raindrops were falling in Trois-Rivières.

When the team returns to Hamilton, the Alouettes will go back four times to Stade Diablos before heading back to Montreal. Until then, they will continue to take advantage of everything Trois-Rivières has to offer. Some players will be heading to the Aigles’ Frontier League baseball game on Friday.

He said it
“I’m very happy to be back with the Alouettes. Today at practice, I’ve seen some friends and former teammates. We have a very solid group and I want to contribute to this great adventure.”
– Antonio Simmons, defensive line

Rapid fire
Former Université Laval Rouge et Or receiver Mathieu Robitaille made another great catch on Thursday. He was left alone and then headed straight for the end zone. He seems to find ways to stay free from his coverers on a daily basis… Antonio Simmons was smiling at his first practice with the team, as he seems to fit well in the group…  It also marked the first practice for running back Jordan Scarlett, the former fifth-round pick of the Carolina Panthers in the NFL … Defensive back Darius Williams made a great play to prevent Kaion Julien-Grant from making a nice catch… Quarterback Vernon Adams Jr. threw a real bomb of almost forty yards into the hands of receiver Eugene Lewis who dropped it. He was teased by his teammates. Good player, Lewis was smiling… Kevin Kaya made a nice touchdown reception, hauling in a Trevor Harris pass.