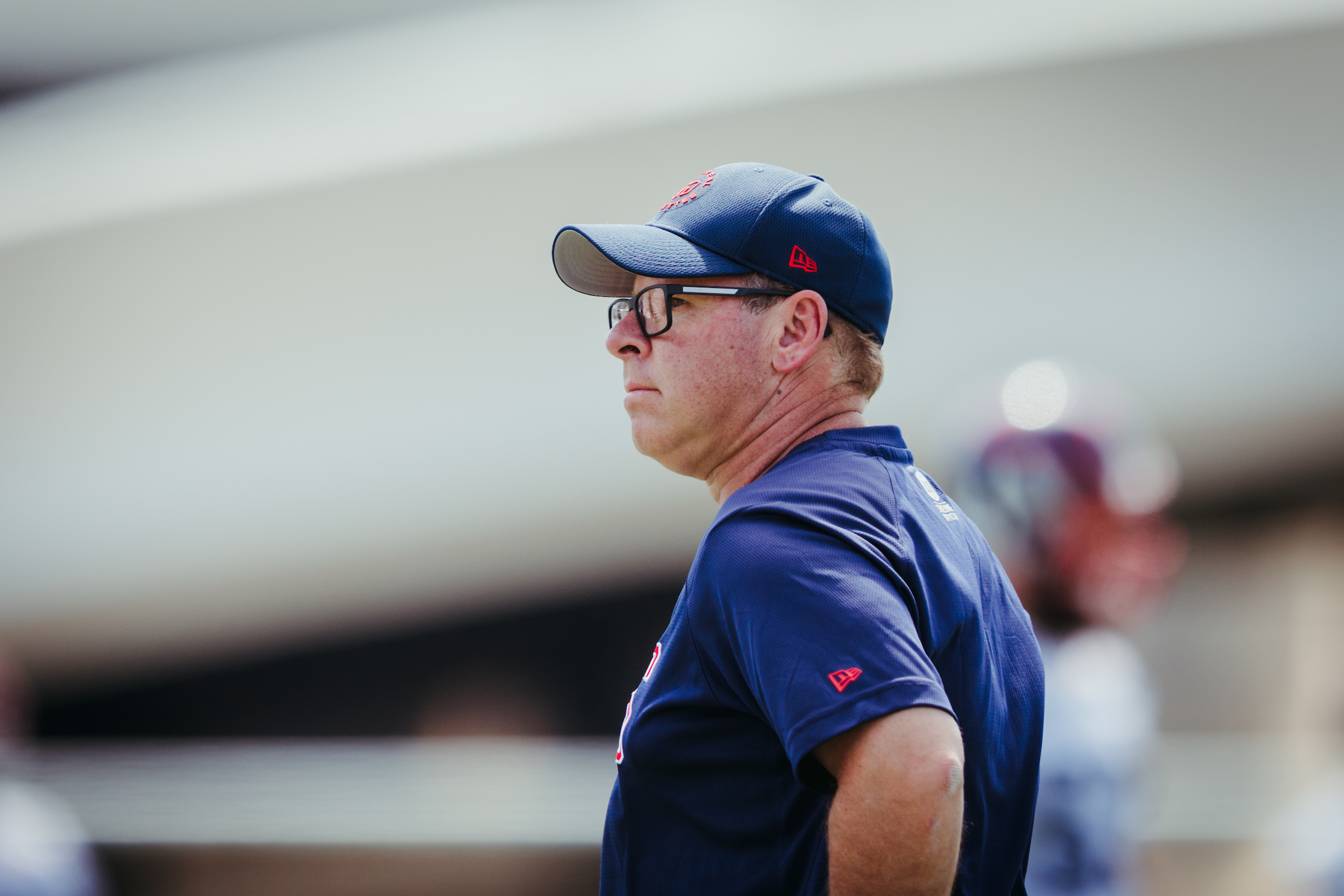 All professional football teams strive to find continuity on their roster from year-to-year, but it’s impossible to bring everyone back from one season to the next. That’s especially true in the CFL and it’s something that Montreal Alouettes general manager Danny Maciocia will have to deal with in the coming days.

Free agency opens on Tuesday, February 8th at noon ET and the Als still have impactful players they’d like to bring back. Whether or not they can re-sign some of their own free agents before Tuesday remains to be seen.

“We have to embrace change. There’s going to be change every single year,” Maciocia said in a one-on-one interview with MontrealAlouettes.com on Sunday. “It’s part of pro sports and free agency drives that, but you also want to maintain your nucleus.”

The Als have holes to fill and money to spend, which means they should be able to land some new faces this week.

According to Maciocia, the team would like to add another Canadian receiver, an edge-rusher, a couple of defensive backs and he’d like to improve the overall depth of the Canadian content on the roster.

Some of those needs will be filled via free agency, but the Als could also look to their negotiation list to bring in talent from outside the CFL. Usually, a player signed off the neg. list will earn less money than a big-time free agent. That’s obviously an important aspect of team-building in a cap world.

CFL GMs have a lot to think about when shelling out big contracts this winter. Not only are the asking prices for prized free agents seemingly increasing by the day, there’s also some added uncertainty around the salary cap ceiling this year because the current collective bargaining agreement expires before the start of the upcoming regular season.

“There’s sort of been a little bit of a reset (in the market),” Maciocia said of the money being offered to free agents this year. “It’s also hard to project moving forward just because we’re in a year where the CBA is expiring. There are going to be some negotiations that are going to take place (between the CFL and the CFLPA) in the next little while. We’re really in projection mode (when it comes to the salary cap). When you project, you don’t want to be off. We’re making some calculated decisions based on some of those projections.”

WIENEKE AND SCHLEUGER BACK IN 2022

Maciocia admitted that receiver Jake Wieneke and offensive tackle Chris Schleuger have both verbally committed to contracts with the Als over the weekend. Both players were pending free agents.

Wieneke led the league in receiving touchdown in 2021, with 11 (two ahead of teammate Geno Lewis, who finished second). The 27-year-old also finished fifth in the CFL in receiving yards (898) and sixth in receptions (56).

“It’s huge because there’s continuity,” Maciocia said of re-signing Wieneke and Lewis this off-season. “Obviously, (quarterback Vernon Adams Jr. and his receivers) have a feel for each other. We’ve witnessed it here for the last few years. We don’t have to mess with that continuity with someone else. We feel pretty confident that when we are in the red-zone, (Adams Jr.) knows exactly where those guys are going to be, and they know that if they get to a particular area, Vernon will be able to get the ball there.”

Schleuger is back for a third season with Montreal. Injuries limited him to three games in 2021, but there’s a reasonable chance that he’ll head into training camp as the favourite to start at left tackle.

With veteran Tony Washington no longer on the roster, the Als will be getting younger at that position. It’ll be interesting to follow the battle in training camp this year because they could try Schleuger, second-year lineman Nick Callender or someone that’s not currently on the roster at left tackle.

“We think that we’re dealing from a position of strength (at the left tackle position),” Maciocia said. “We’re going to be relatively young and I think we can invest in some of this youth and go on a run with them.”

CHANGES TO THE DEFENSIVE LINE

The Als tweaked their defensive line a few weeks ago when they traded Washington and Martese Jackson to Edmonton for defensive tackle Mike Moore.

Moore will certainly figure into the rotation, but it’ll be interesting to see if the Als can bring back Michael Wakefield or Woody Baron before they hit free agency on Tuesday.

Maciocia hasn’t closed the door on either player returning, but he admitted that bringing one of them back will be “hard” and bringing both back would be “extremely difficult”.

“We’re really high on him. He needs an opportunity,” Maciocia said of Lawson. “The opportunity will present itself once we get to training camp. We hope he takes advantage of it, which I anticipate he will. Hopefully, we can get him into a rotation on the inside.”

The Canadian defensive end they used in 2021, David Menard, appears to be headed for the open market.

“We can’t meet his agent’s demands, and the demands are justified,” Maciocia said. “He had an impressive season and he deserves the money he’s looking for because he performed at a level that most people didn’t think he was capable of.”

Menard, 31, had a team-leading eight quarterback sacks in 2021. He was named the Outstanding Canadian in the East Division this past season.

OTHER PLAYERS THAT MAY NOT BE BACK

It sounds like SAM linebacker Patrick Levels won’t be back next season. The team believes they have a potential replacement at that position on their roster. They’re also looking to sign a few players who could slide into that spot in the coming weeks.

One player who could play that position this year is Najee Murray. The 27-year-old filled in for an injured Levels at the start of last season. Murray signed a two-year extension with the Als back in December.

There will likely be some changes in the secondary, too. Ty Cranston, who started at safety last season, will likely test free agency.

If the Als want to roll with another Canadian safety, they could slide second-year pro Marc-Antoine Dequoy into Cranston’s spot. But putting an American back there isn’t out of the question, according to Maciocia.

The Als have already lost one of their players to the NFL this off-season, as defensive end Jamal Davis II signed with the Los Angeles Chargers.

They could also lose boundary corner Money Hunter, too. Hunter, who is scheduled to become a free agent on Tuesday, has worked out for multiple NFL teams. The Pittsburgh Steelers are very interested in his services, but no contract has been presented to him yet.

If things don’t work out down South, the Als definitely want to bring him back.