Patrick Levels is already a leader 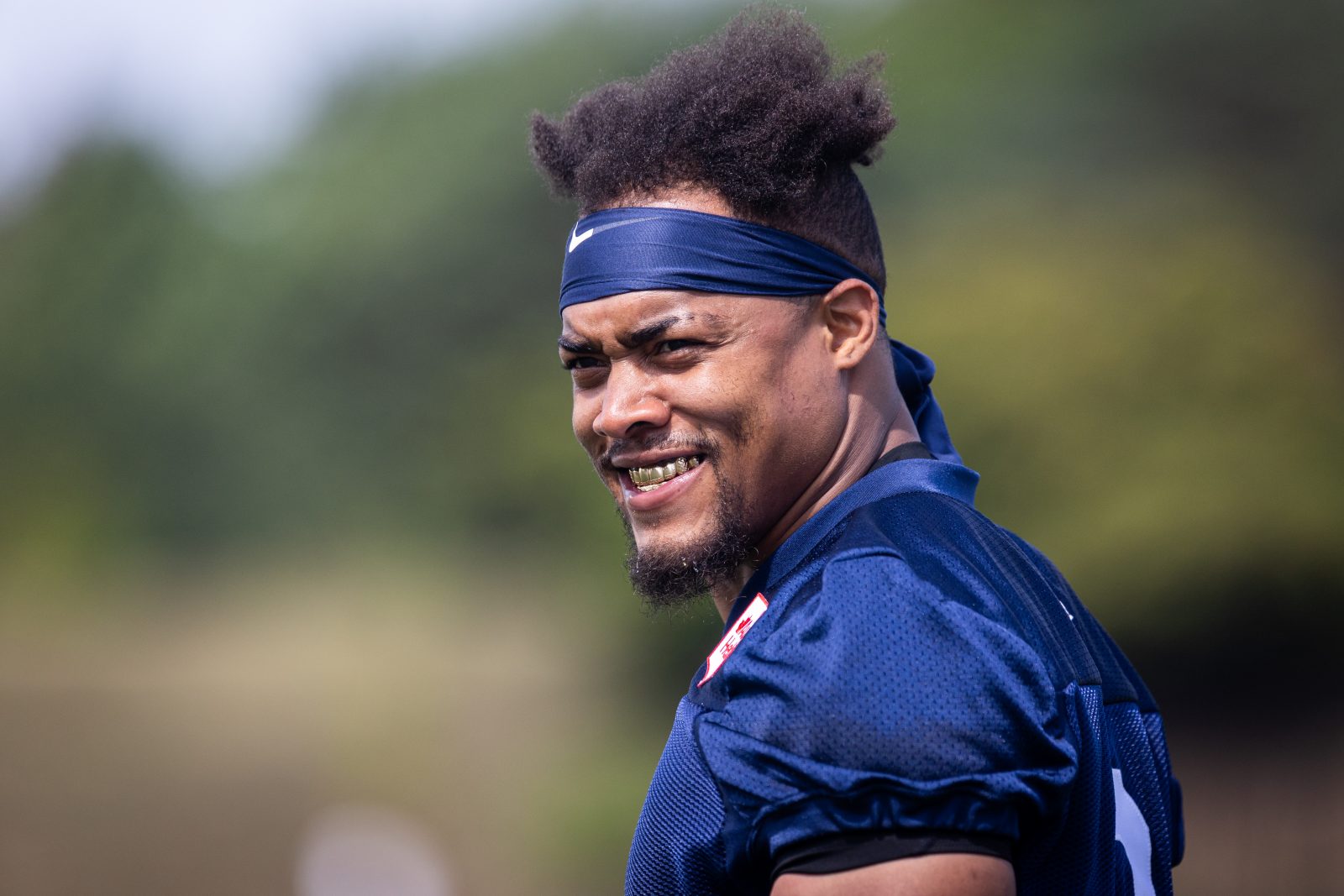 Patrick Levels is already a leader

Montreal, July 19, 2021 – With his quarantine now behind him, American receiver Quan Bray was back on the field with his teammates on Monday. A moment he had been anticipating for a while now.

The former Auburn University Tiger was once more wearing his number four jersey and catching some Vernon Adams Jr. passes.

“It felt good to be back on the field and to be back with the boys. It was my first day back, so it will take me a couple of days to get back in the groove,” said Bray after stepping off the turf.

Even if he is a week behind everyone, the 28-year-old is being modest and didn’t look out of place at all on his first day back. He even made an improbable play during a one-on-one drill against Marc-Antoine Dequoy. The latter was able to deflect the ball headed in Bray’s direction, but after deflecting of a few moving body parts, it fell right into Bray’s hands.

“We are happy to have him. He was a big part of our team in 2019. He provides a great energy on and off the field,” declared Alouettes Head Coach Khari Jones.

Rapid fire
The battle at the National receiver position keeps getting better day by day. When the team is split into two groups, Kaion Julien-Grant makes a catch on his side, before Rashaun Simonise answers with a catch on his end… Not to be outdone, Chris Osei-Kusi caught a 55-yard touchdown pass up the middle during scrimmaging… Eugene Lewis caught a 20-yard pass early during scrimmaging, which gave the offence some confidence right off the bat… Newcomers Reggie White Jr. and Eli Rogers made some nice catches worthy of mention… Patrick Levels had a few words with his defensive teammates following the first practice… Shortly after Levels’ speech, the guys stepped up their game. Linebacker Ethan Makonzo made a great interception before defensive back Greg Reid did the same thing.

“It looked like the guys were waiting for practice to end, and didn’t want to do more. There was a lack of intensity and I didn’t like it. So I brought the guys together and I allowed myself to tell them that every job had to be earned. Afterwards, we showed our true colours, and we gave the offence a hard time.”
– Patrick Levels