Taku Lee: taking it to the limit 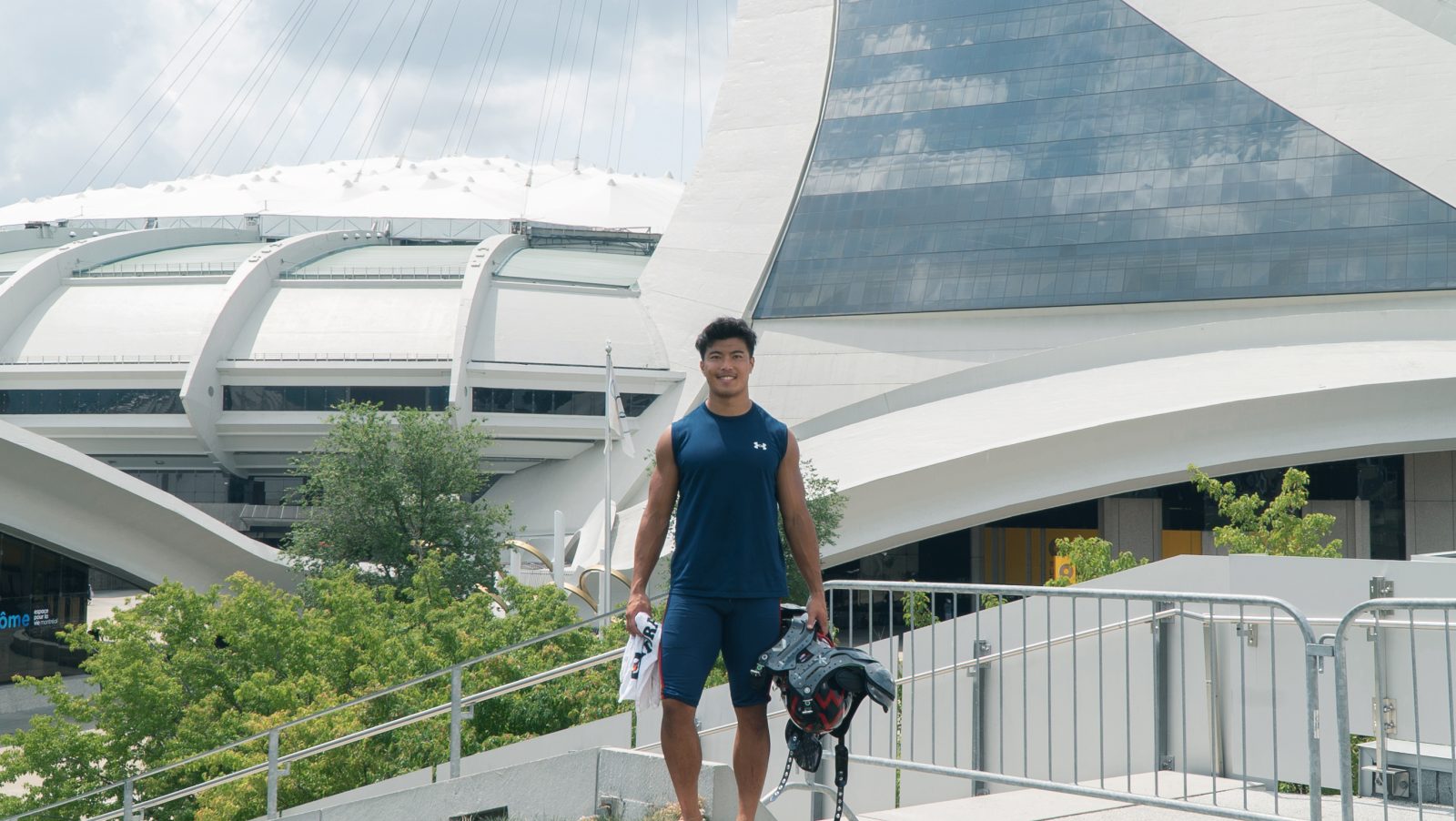 Taku Lee: taking it to the limit

Three years ago, the 26-year-old Nagoya native was confronted to a dilemma: choosing between a career in football or continue working for Japan Airlines and begin his pilot training.

“I have the rest of my life to work in aviation. A football career is short and you must seize the opportunity when it passes by,” said Lee following practice.

Lee discovered football at Nanza High School in Nagoya and realized that he had talent. He had come to play a game in the United States and fell in love with the sport. One year later, while visiting a friend in Los Angeles, the running back attended a UCLA football game, as the Bruins hosted the University of Arizona Wildcats at the Rose Bowl. He was impressed by the crowd of over 81,000 people. He didn’t know at the time that he was watching his future teammate Datone Jones suit up for the Bruins.

“I really loved that experience, the atmosphere was great and the fans were cheering for good plays. It was a great day.”

He played for the Japanese national team in 2016 and 2017 and his exploits caught peoples’ attention.

Lee arrived in Canada for the first time of his life a bit more than two weeks ago and is living his professional football baptism.

“Everything is going well. There is a lot of adaptation and I am happy about the way things are going. The guys are big, fast and talented. When you want to be successful, you must face the best players.”

Rapid fire
As is normally the case, the defensive squad seemed to have the upper hand in the first days of camp, but the offence came back strong on Thursday… BJ Cunningham seemed to have been left alone on a sequence where he scored a 30-yard touchdown on a Vernon Adams Jr. pass… Running back Anthony Jones displayed his explosiveness and speed on a few occasions during scrimmaging… Canadian running back Colton Klassen also had a good day at the office, notably on a nice off-tackle run… Fullback Christophe Normand was cheered on by his offensive teammates when he made important blocks on run plays… Receiver Rashad Ross made quite the catch on a one-on-one drill, on top of displaying his returning abilities.

“All the guys are intense. We help each other out, even if we are in competition. I see a real nice team spirit in this locker. The guys don’t lack any intensity during practices, which is a sign that we all want the Alouettes to have success. We are putting one brick up at a time and we are building a nice team.”
– Benoit Marion.