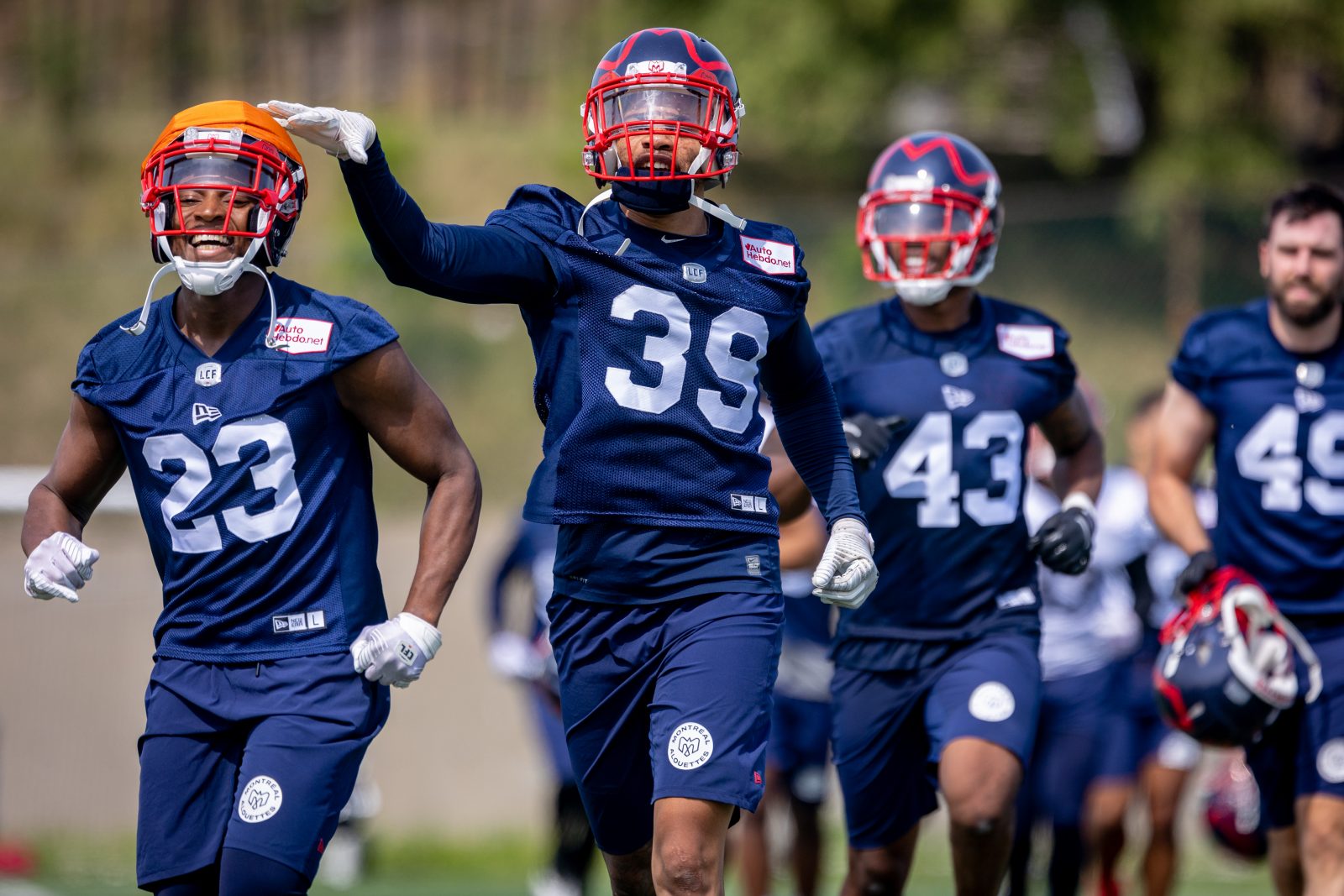 Montreal, July 13, 2021 – On the third day of camp, the Alouettes’ intensity was palpable, as Tuesday marked the first day with shoulder pads.

The offensive and defensive squads competed against each other for good chunks of practice. From the reaction of the players, they seemed happy to finally do some hitting. Solid run plays, beautiful catches and amazing plays on defence marked this day.

For rookie receiver Eli Rogers who played three seasons with the Pittsburgh Steelers, this practice with shoulder pads came at a good time.

“We went on the field a few times in addition to multiple meetings. The guys were looking forward to finally do some real hitting. We are all aware that we have not played for a long time and there will be adaptation in terms of timing. As time went by, the competition went up between the guys and it’s a good thing to see it early at the beginning of camp,” declared the Miami, FL native.

Rapid fire
William Stanback started where he left off in 2019, as he began the day’s scrimmaging with a long run behind Tony Washington’s outstanding blocking… Safety Marc-Antoine Dequoy intercepted a Matt Shiltz early on in practice… Mario Alford continues to impress on offence as he seems to become a favourite target of the quarterbacks… Defensive end Jamal Davis has shown impressive speed and is always almost amongst the first to make it to the quarterback… Monshadrik Hunter also put his speed in full display as he got in front of a Vernon Adams Jr. pass to knock it down… Rookie defensive tackle Anthony Luke has been a disruptive force in the middle… Jake Wieneke displayed sure hands during practice making the catch of the day when he hauled in a 40-yard Matt Shiltz pass… Quarterback Darius James Peterson completed a few nice passes, including to Eli Rogers and Reggie White Jr. … Defensive back Tyquwan Glass continues to be more confident and can be heard by his teammates, notably when the defensive quad makes a big stop.

“I liked the intensity of the guys today. The players kept a balance by being competitive and being careful not to hurt teammates. I’ve been pleasantly surprised by the physical form of the guys since the beginning. Clearly they stayed in shape during the pandemic.”
– Khari Jones