“Even though I only spoke English, I felt right at home there.”

In his first season with the Alouettes in 2018, Bo Banner met his significant other, Elizabeth. The young woman who makes Banner’s eyes sparkle grew up in Quebec City and is currently studying at Concordia University to pursue a teaching career. A year after they met, the pair confirmed their union and she introduced Bo to the Old Capital.

It didn’t take long before the defensive lineman fell in love with the city of Quebec and its many charms. He lived there a few months and felt at home. “Even though I only spoke English, I felt right at home there. The people were super welcoming. I even installed a translation app on my phone so I could learn French…and I’m still learning, slowly but surely” he said. 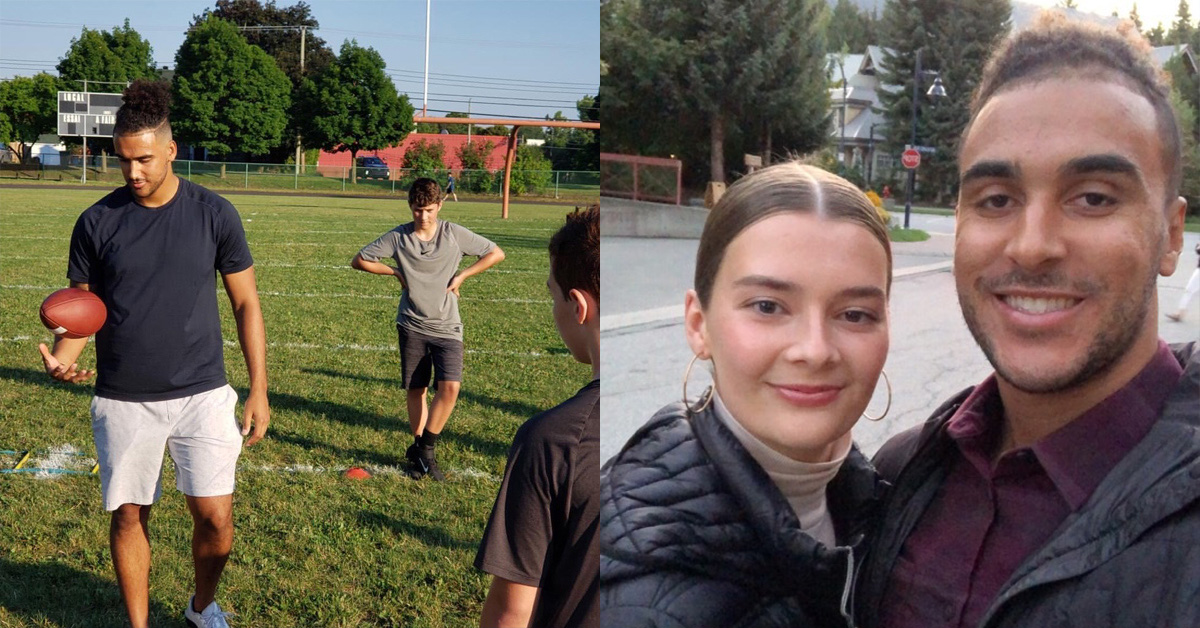 The 25-year-old athlete is originally from White Rock, a suburb of Vancouver, in British Columbia. The city gets its name from a giant white boulder that receding glaciers left behind on the shore. White Rock is a landmark of the province, renowned for its mountains and breathtaking scenery.

Bo explained that Quebec City reminded him of his roots. “I was charmed by nature there. We went snowmobiling last winter near Lake Batiscan. We were in the middle of the forest and had the chance to take in the beauty of nature and wildlife. I loved my experience. These machines are very noisy but oh-so-fun! It was my first time seeing that much snow and it was pretty impressive. But I don’t think I’ll ever get used to the cold,” he added, laughing.

Banner lived in downtown Quebec City for a few months, where he rapidly discovered the many terraces and the variety of great food his new home had to offer. “There are so many good places to eat. People know good food and I would discover new dishes regularly. With its many restaurants and tables outside, there is a beautiful energy. Everyone wants to make you feel welcomed and it’s was a great feeling.”

Back in Montreal, Bo is involved in football…

In different circumstances, Banner would have been playing his third season with the Alouettes. Since his arrival on the team in 2018, he’s quietly earned his stripes. And while he waits to get back on the field, the third-round pick in the 2018 CFL Draft, 19th overall, decided to get involved in football in Montreal, where he moved back a few months ago. “There’s a lot of talent here. I’m a Defensive Line Coach at the peewee level and we have a lot of fun working with young athletes. From what I’ve been told, the caliber of play has been growing in recent years, so it bodes well for the future.”

Taking time to help the youth seems to have become a habit for Banner. For the past two years, he’s been heavily involved with the community through the Together at School initiative, a community outreach program established by the Alouettes.

Banner is in the process of completing his exams to become a financial analyst with Liberté 55. He’s quietly preparing for his post-football career. Although he plays in Montreal, there is no doubt in his mind that he’ll return to Quebec City for good once he retires. He’s truly fallen in love with this beautiful part of the province. 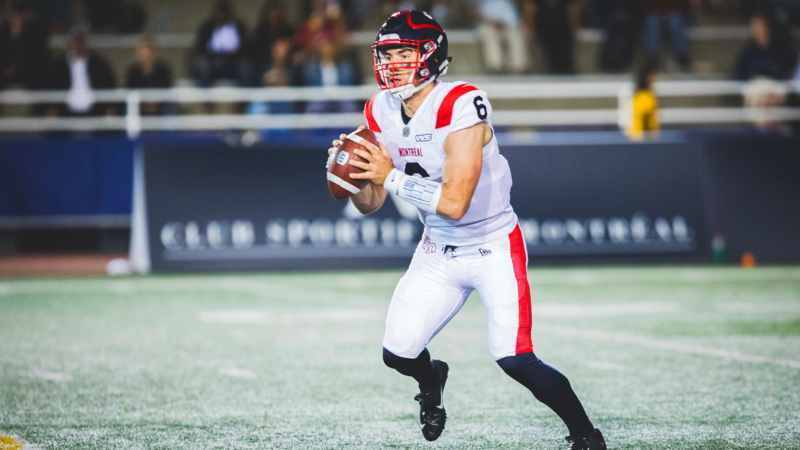