Once a cheer, always a cheer – Corinne

Once a cheer, always a cheer – Corinne

Ever wondered what happened to some of your favorite Alouettes cheerleaders? In our “Once a cheer, always a cheer” series, we catch up with our former cheerleaders to see what they’re up to now!

For the past six years, I’ve had the chance to work for the Aldo Group, a Montreal-based company that operates in over 100 countries and provides footwear to thousands of fashionistas around the world. I’m the women’s footwear buyer for the Aldo banner in the United States. I help develop collections, from the sketches to the final samples, I choose the models that will be in over 200 stores and I collaborate on the retail and online merchandising. My biggest day-to-day challenge is to determine 9 to 12 months in advance what our clients will want to wear. This requires extensive knowledge of trends and previous seasons’ best-sellers…and some intuition.

The fashion industry has been going through some challenges over the past ten years, namely with the emergence of e-commerce and the pandemic we’re living through. This forces us to constantly review our processes and find new ways to attract customers. Working in the fashion industry never gets boring! 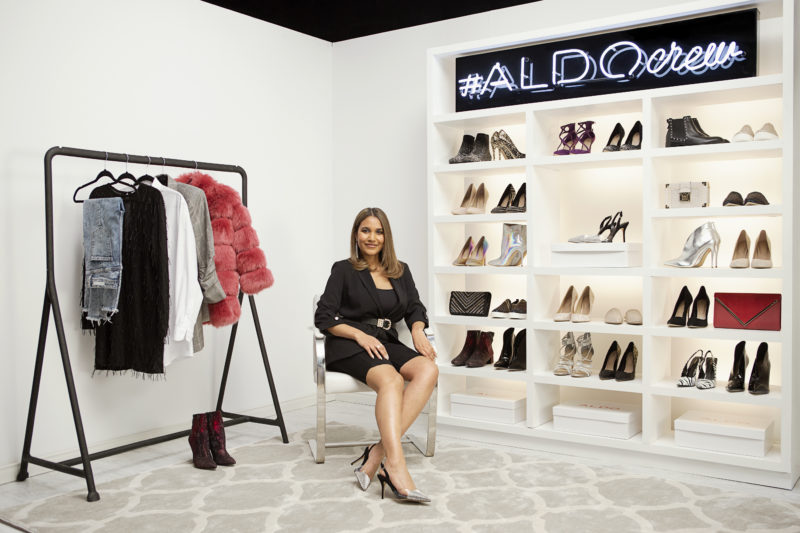 My best memory as a cheerleader for the Alouettes would probably be my audition for the 2015 season. I was auditioning with my two friends Chloé and Naomi, and at the end of a long day of hard work, we had the pleasure of learning that we had all made the team! It was the first time in Alouettes history that three black women were selected in the same cohort. It was an emotional moment for all of us and a victory for the representation of Montreal’s multicultural identity. During the 2015 season, we took our roles as ambassadors very seriously and participated in many events in the community, many of them in schools to demonstrate to the young girls of the province that they could make their dreams come true no matter what the color of their skin was.

The eve of my first game as a cheerleader, just the idea of packing my suitcase was exciting to me. I double and triple-checked that all the items on my list were packed and properly organized. As I unpacked to reorganize my luggage again, I noticed that my game day dress, which was the official uniform, was a little wrinkled. With the best intentions in mind, I told myself: “Why not iron it?” Big mistake. The fabric melted on my iron. I started crying and I had no idea what to do. I knew that I didn’t have any other choice than to call Annie, but I was terrified. It was a beginner’s mistake! I was wondering if she was going to let me perform at this game even though I had nothing to wear. After crying for an hour, I mustered up the courage to call her. She was so understanding and reassured me that I wasn’t going to lose my spot on the team! I was lucky because one of my teammates was pregnant and could lend me her dress for the game and while I waited for my new one to arrive.

Like many of the girls who have had the chance to be part of the team, I have to say that my experience as a cheerleader for the Alouettes taught me a lot about friendship with women. Being surrounded by thirty women, all different from each other but working together towards the same goal made me realize that solidarity between women is a springboard to success. I made lifelong friendships with my teammates and I was taken under the wing of a network of alumni who support us in every sphere of our lives. 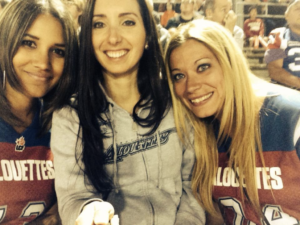 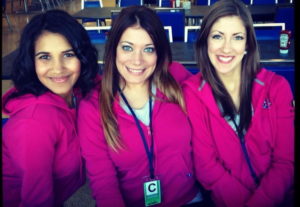 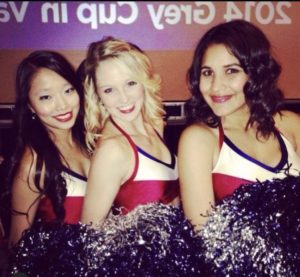