The Alouettes All-Time team according to TSN

The Alouettes All-Time team according to TSN

Tough order to get unanimity…

Unanimity only rarely occurs when an All-star team is unveiled. Just talk about it to Derek Jeter who fell one vote short of being unanimously voted into the Baseball Hall of Fame.

The decision is even more difficult when it comes to choosing an All-Time team as TSN did for the Alouettes last Friday. It’s never easy to compare players from different eras, which made this list that much harder to compile.

For this exercise, TSN had to include a minimum of seven Canadian players, and at least one player from the current roster. 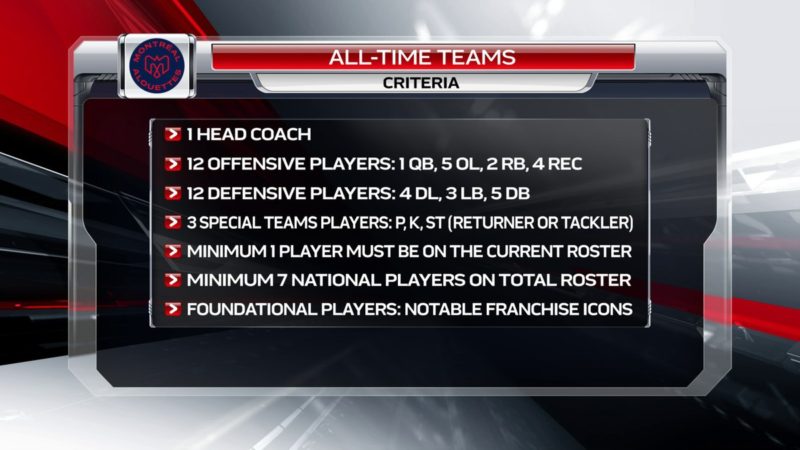 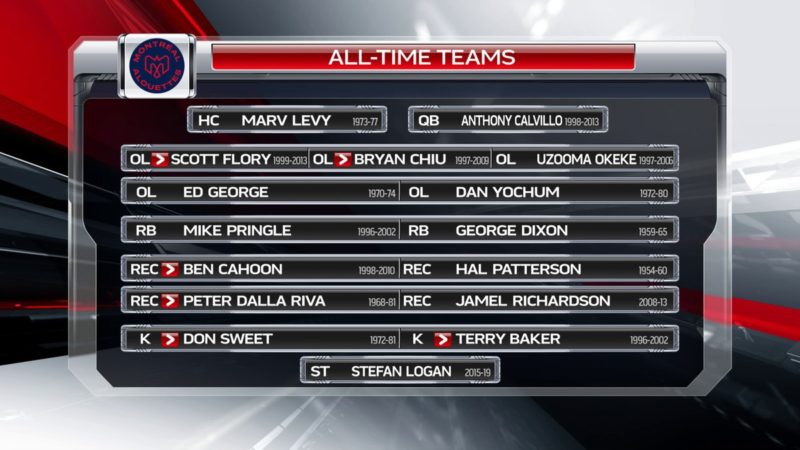 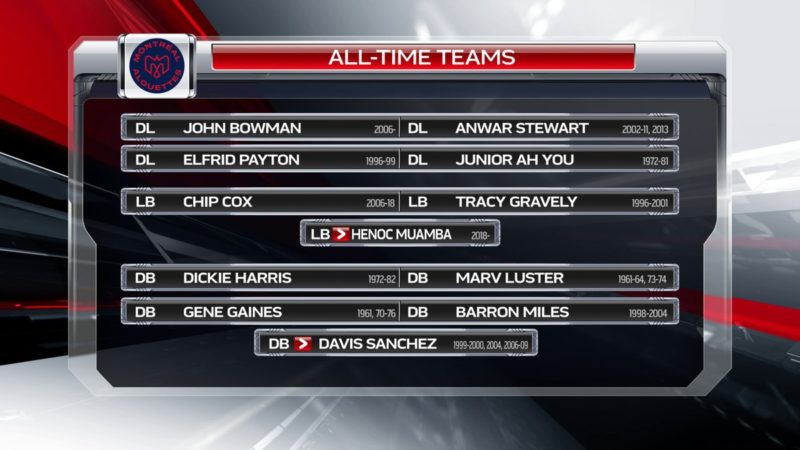 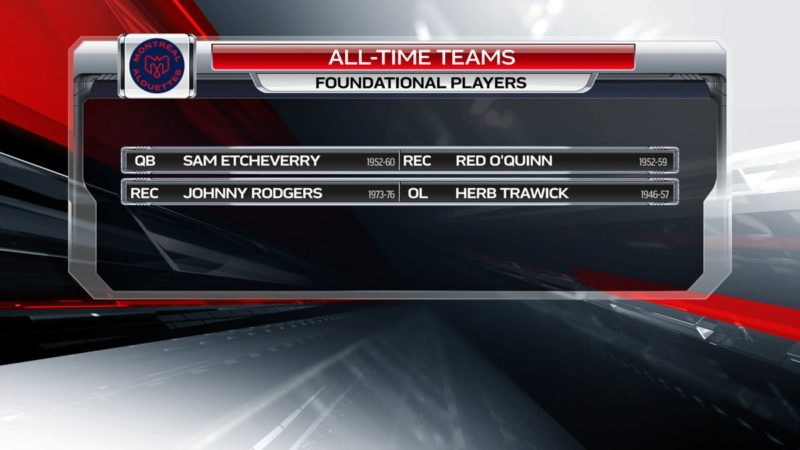 Anthony Calvillo is the professional football’s all-time leading passer, but a handful of more seasoned fans who have had the chance to see Sam Etcheverry play would only swear by him. It becomes difficult to contradict their choice when you remember that he amassed 508 passing yards in the 1955 Grey Cup battle and became the first quarterback in CFL history to reach 4,000 passing yards in a season…at a time when offense relied much more heavily on running plays than passing plays.

It is indeed difficult to compare all these different eras, but it’s also difficult to disagree with some of the names included on the team, including Ben Cahoon, Hal Patterson, John Bowman, and Chip Cox. The first two have already been inducted into the Hall of Fame and the other two should be invited to join the crew in the near future.

One who might be in a better position to make such comparisons is Alouettes general manager Danny Maciocia who, either from the stands or the sidelines, has seen many of these players evolve.

“This list brought back so many memories, including a few of my childhood heroes, such as Peter Dalla Riva. It was a unique feeling to see all these names on one list,” explained Maciocia.

« To see athletes I’ve had the opportunity to coach, such as Anthony Calvillo, Mike Pringle, Ben Cahoon, Barron Miles, and Uzooma Okeke was very special. This list allowed me to relive great moments from my childhood and adult life. It pretty much covers my whole life,” he added.

The CFL on TSN panel talked about their choices, and among the forgotten ones, we pointed out the absence of S.J. Green and Kerry Watkins, two receivers who repetitively gave headaches to defensive backs around the league since the Alouettes’ comeback in 1996.

Davis Sanchez, who was on the list, even mentioned the absence of his former teammate Ed Phillion, as four defensive ends where included on the d-line…a sentiment shared by Maciocia.

“They could have thought about including four defensive tackles. I would have really considered Ed Phillion. He was a beast, he was very hard to control,” explained the Alouettes’ general manager.

As for the head coach position, it seemed as though Marv Levy would have been the preferred choice to Marc Trestman, fans claiming that Trestman greatly benefited from the help of a certain Calvillo in the position of quarterback. Others would say that Calvillo benefited from Trestman’s presence at that moment of his career. It’s hard to say who’s right…

That’s the type of discussion this kind of list can generate.

One thing Alouettes fans seem to agree upon is that if we redo this exercise in ten years, we’d love to be able to add the names of players who will have won their slew of Grey Cups.