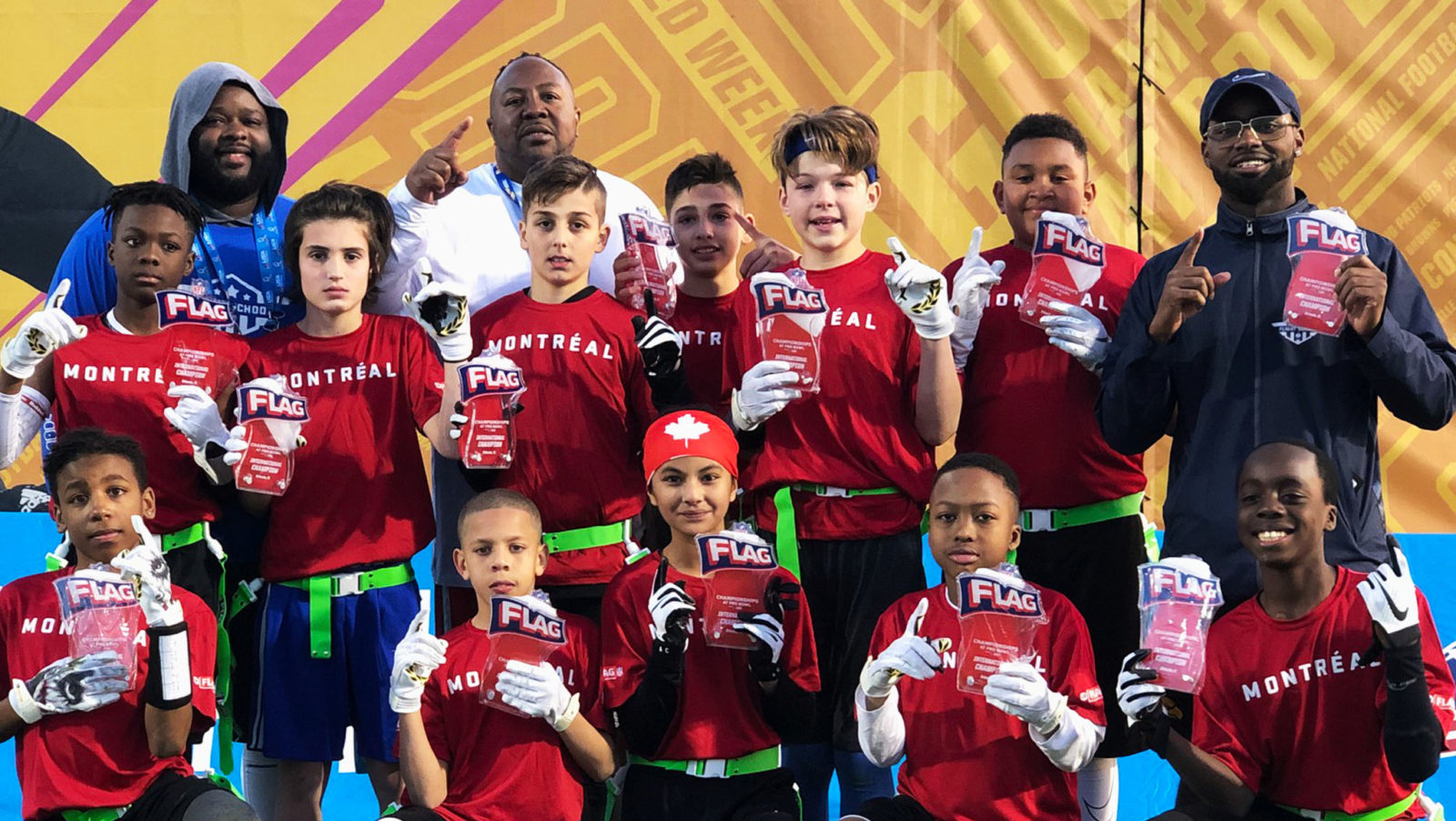 Jamil Springer spent Saturday trying to put things in perspective for the kids that play on his football team.

Flight School, a team of 10 boys and a girl, all between nine and 11-years old, ran the table in Orlando, beating out a selection of international teams and one American squad for the top spot.

“They smiled. I think when you have a goal that you set out to do and you accomplish it, all of the feelings that you have toward that goal were released and they started crying. It was a beautiful thing to see. Especially for kids that age,” he said.

“To have that type of love and passion toward the game collectively, it’s rare. You see that in adults. You don’t normally see that in kids.”

Flight School earned the trip to the Pro Bowl by first winning a regional tournament in Montreal on Oct.7, then winning the national championship in Edmonton during Grey Cup week. They went into Orlando unsure of what their competition would be like, but as Springer said leading into the trip, they were extremely confident.

After rolling through the U.S. (24-0) and China (28-0), the Montrealers found a challenge in the final against Mexico. It was a scoreless game until the final five minutes of play. Flight School got to the end zone, only to see Mexico match them, survived a turnover, had a Mexico touchdown called back and scored again before it was all over.

“I think they were pretty constant the whole time but (their confidence) was tested in that moment in time,” Springer said of the championship game. “They had to figure it out, piece it together. I’m glad they did. At that age, at 10, 11, 12 to be the best in the world at flag football is incredible.”

The Canadian and Mexican teams were the only two in their division of the tournament to have a girl on the field in the games.

Off the field, the team had fun the whole weekend. They were guests of Montreal-born NBAer Khem Birch at the Orlando Magic game on Friday. They met some of their favourite NFL players at the Pro Bowl festivities. After they won the championship, they spent Saturday like any group of kids would, playing in the pool at their hotel, going to arcades and visiting Walt Disney World.

It was the perfect end to an epic journey for a group of kids from Montreal that only kind of knew each other when the team was formed this past fall.