It’s the most wonderful time of the year… for scouts.

It’s the most wonderful time of the year… for scouts.

There are jobs in professional sports that don’t often come to mind or get the attention they deserve. For example, Draft Expert or Scout… Oh, hey Russ!

With the NFL draft kicking off on Thursday and the CFL Draft being around the corner, we thought we’d catch up with our very own Director of College Scouting, Brooklyn native Russell Lande. Since 2013, we’ve been fortunate enough to have an incredibly accomplished Russ (read his full bio here) on our squad to spot and rank the best eligible prospects for the CFL south of the border.

Discover what it’s like to walk in his shoes and find out what are his Top-5 picks projections for the NFL Draft.

How does your experience as an NFL draft expert come in handy on CFL Draft Day?

The biggest thing is that it forces me to continue to tell everybody, “Hey we have to trust the work we’ve done all year. Let’s not get swayed by what we’re hearing out there and by what other teams are doing. Let’s stick to the board that we built that Kavis worked on for so long, that we’ve all worked so hard to build, let’s not panic because other teams are not doing exactly what we thought they would.” Having worked in the media for so long, I’ve seen many teams panic that I know the key is to stay focused and not get impulsive. 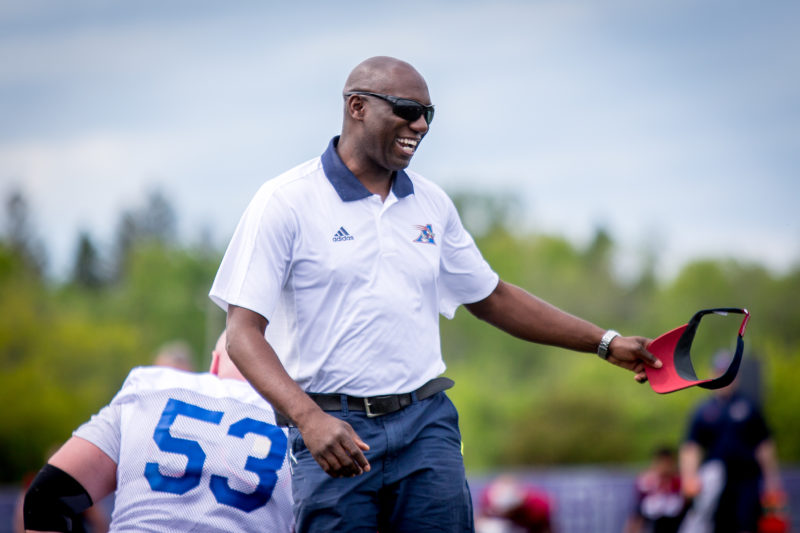 Is the stress that comes with the CFL Draft comparable to the pressure surrounding the NFL Draft?

Totally. Even though there may not be as much media attention, there are still jobs on the line. If you don’t draft well for one or two years in a row and your team is out of the playoffs, that could cost people their job.

You know you can’t get every pick so you want to make sure your first two or three are guys that can help the team quickly. That is especially true in the CFL because those picks are Canadians. In the NFL draft, if you miss on one pick, you still have a huge pool of players out there. There just aren’t as many Canadian football players roaming around.

Building your roster in the CFL is much more difficult than in the NFL. You have to really focus on making the Canadian part of your roster outstanding to be able to compete with the other teams. It adds a whole other dimension to the draft and to roster building that it is not prevalent in any other sports leagues in the world. It’s part of what makes the CFL so great and unique.

Does the fact that some Canadian players could end up playing south of the border pose a challenge as well?

100%. The perfect example is David Foucault. We took him in the first round four years ago. We knew he was going for a tryout with the Carolina Panthers, but historically, only 10% of the guys who go to NFL tryouts make it. We took a chance, but guess what, he’s your 10%. He took part in three training camps in the NFL before coming up North. You really have to know everything about a kid’s chances of getting an NFL opportunity.

Part of a scout’s job is to rank players (US and Canadian). How does your ranking of US players come in handy once the NFL Draft is over?

Kavis, Miles, Joe, Eric and I all have our lists. We all have 10 to 15 guys that are available at each position and then we try to combine them into one master list. Once the CFL Draft is done, we can quickly address specific positions. Then, it’s a matter of convincing the kids to come up to Canada instead of sitting at home waiting for a phone call and hoping from the NFL. That’s another part of the challenge: a lot of these American kids are not ready to give up the NFL dream and they’ve never traveled outside of the US. 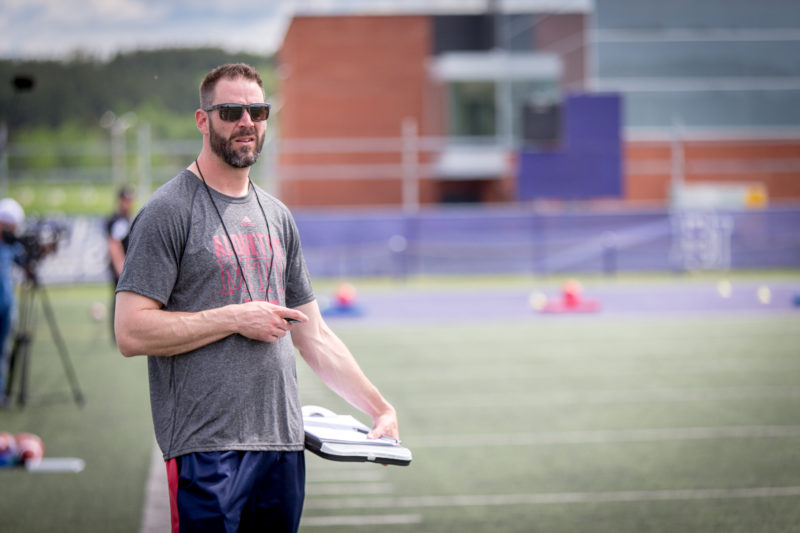 How do you convince them to come play here, in Montreal?

What you try to tell the kids is “Hey, I know you want to play in the NFL and I get it, but you didn’t get signed, you didn’t get drafted. You can sit at home for a year or can come to Canada and PLAY.  Regardless, you need experience, you need film if you want to get another shot at making it.” Often, I’ll tell them about guys like Anthony Calvillo or John Bowman who come from the U.S. and have had long stellar careers. I explain to them that, just like in the U.S., you can become a star in the city. Montreal also has a huge advantage over a lot of the other cities in the CFL because it’s such an international city. The culture, the food, it’s spectacular.

You’ve worked for the Cleveland Browns and they have the first overall pick this year just like us. What type of players do both teams need to acquire through their respective drafts this year?

It’s really interesting but I think the two teams are in quite different positions. We, the Alouettes, will  ideally find a guy that will be able to help us right away, this year, whereas the Browns, with their new GM, probably have little more leeway to be adventurous. Plus, they have two first round picks and three second round picks.

Knowing John Dorsey, he’s an old-school football guy. He’ll want a tough kid, a kid who wants to be involved in football every minute of every day. They have quite the challenge ahead of them, but I think John is the right man. I think they’re going to get this ship turned around. 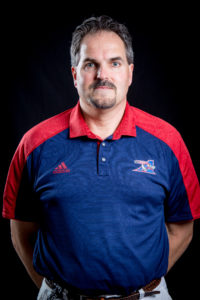 What is your greatest draft memory?

It would probably be when I was with the Browns and it actually didn’t end up benefiting the Browns. I fought really hard to draft a kid named Bob Sanders, but nobody wanted to hear about a 5’8 safety. I just couldn’t get him on the radar. Not only did he end up getting drafted in the second round by the Colts but he became an All-pro and defensive player of the year, one year. He proved that I was right all along, but that’s part of the business and it’s what makes it so tough.

What are the similarities and differences between scouting a college player for an NFL team versus for a CFL team?

It’s similar in the sense that you are looking for athletic ability, productivity and toughness. I think the biggest difference is that, when you see a player with outstanding athleticism as a CFL scout, you know you won’t get him right away. A perfect example is T.J. Graham. He is one of the fastest players in the whole CFL if not the fastest. He’s a tremendous athlete and it took five or six years after he got drafted in the NFL to get him to come up here.

It is pretty amazing. Draft season is the culmination of all your hard work. To me every Draft is not only enjoyable, it’s also an incredible learning experience. 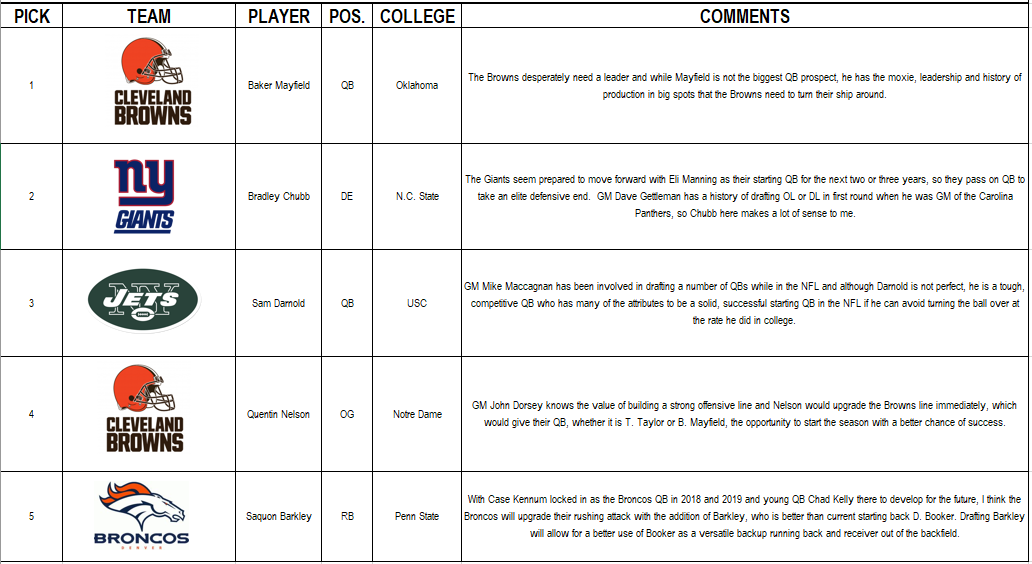