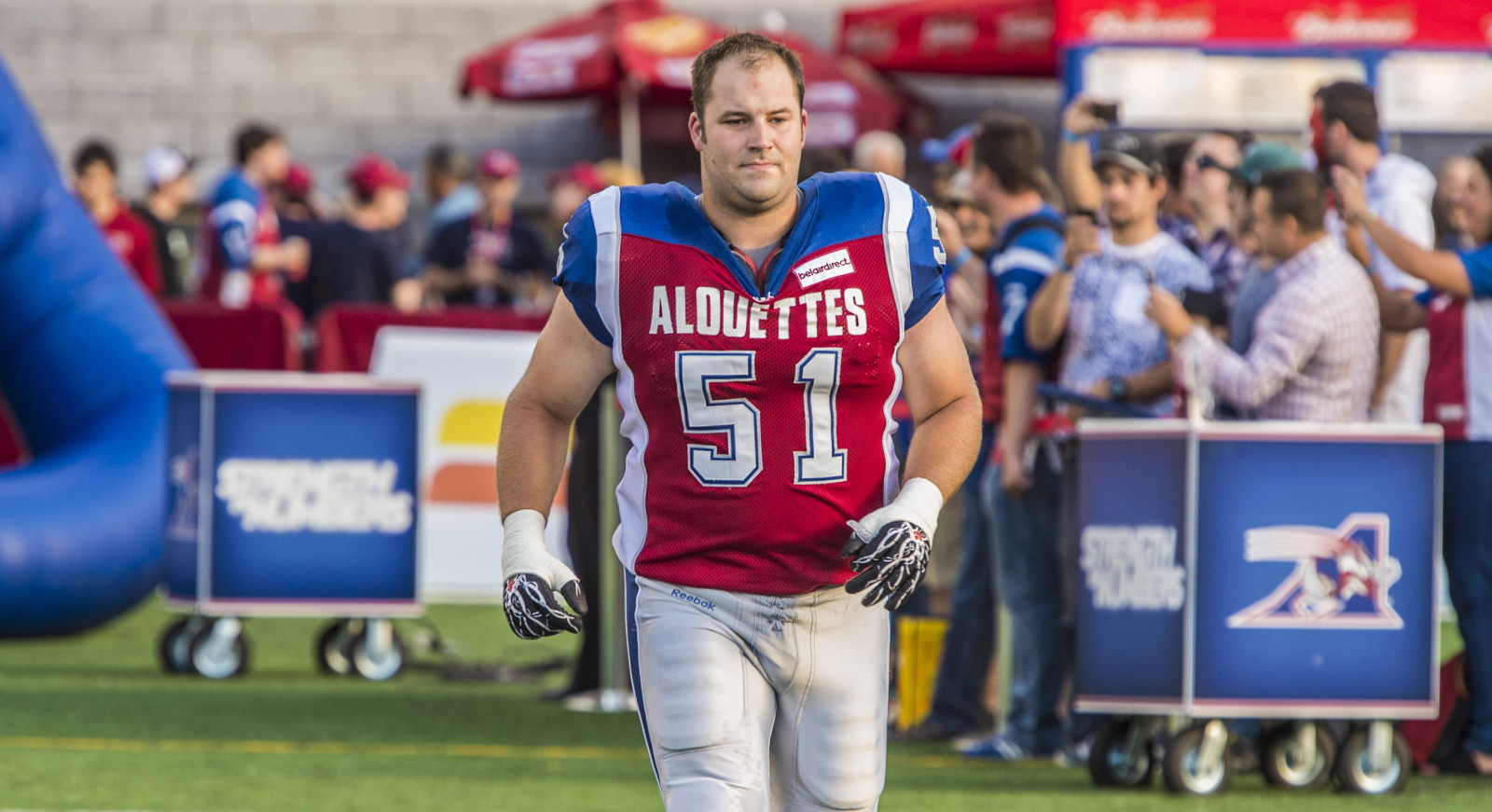 Montreal – The Montreal Alouettes announced on Monday that offensive lineman Kristian Matte has signed a new three-year deal with the club.

Matte (6’4″, 296 lbs.) was the starting left guard for the team’s first 17 games in 2015 and started the season finale under centre, replacing injured Luc Brodeur-Jourdain. The Montrealer helped the team’s offensive line allow a league-low 33 quarterback sacks, although the team played with seven different quarterbacks. He also helped create holes which allowed running back Tyrell Sutton lead the CFL with 1,059 rushing yards. He did not miss a start the previous two seasons.

“Kristian has developed into the player we projected he would when we drafted him in 2010,” said Alouettes General Manager and Head Coach Jim Popp. “He is a solid, versatile contributor on the field and a relentless promoter of Alouettes football in his home town. We have become a better organization by retaining Kristian for the next 3 years.”

The 30-year old was drafted in the first round (seventh overall) by the Alouettes in the 2010 CFL Canadian Draft, following a brilliant university career with the Concordia Stingers, which had earned him a contract with the Houston Texans. He then joined the Alouettes and helped them win the Grey Cup during his first season in 2010. He previously played for the Vanier Cegep Cheetahs.