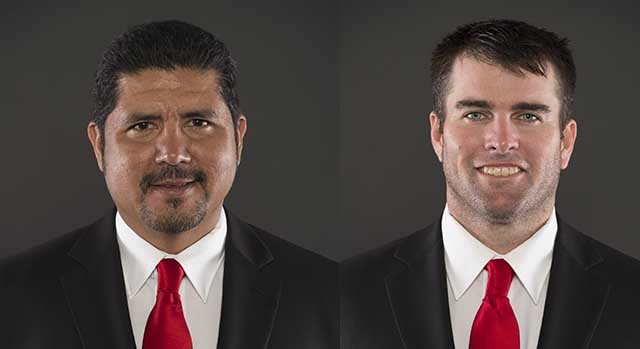 “After taking over the head coaching job two weeks ago, I have had a better chance to evaluate the coaching staff and how they best work together. I have had conversations with owner Bob Wetenhall during this period, and extensive conversations over the last 24 hours,” said Alouettes General Manager and Head Coach Jim Popp.

“I feel it is in the best interest of our organization moving forward, to make a change at the offensive coordinator position, and to relieve coach Turk Schonert of his duties. Though we have had injuries and challenges at the quarterback position, we feel we should be getting better production on the scoreboard and better use of the talented group of athletes that have been assembled,” added Popp.

“I feel it is the right time for a change and best to give others a chance to deliver now and start the building process for the future. Coaches Anthony Calvillo and Ryan Dinwiddie will be promoted as Co-Offensive Coordinators. Calvillo will be the game day play-caller.They will collaborate together, along with our other offensive coaches, in hopes to find a solution to our inept scoring woos and bring new ideas to our passing game. Being a coach is not easy. There are a lot of personal sacrifices in this tough business. We thank Coach Schonert for his hard work, ideas, and contribution over the last year.”

Calvillo is pro football’s all-time leading passer with 79,816 yards during his 20-year CFL career, including 16 with the Alouettes. He started the 2015 season as the Alouettes receivers’ coach before being named the quarterback’s coach two weeks ago. As the receivers’ coach he helped S.J. Green sit in second place in the CFL in receiving yards following the first nine weeks of the season. As the quarterback, he has been heavily involved with game planning and play calling throughout his illustrious career.