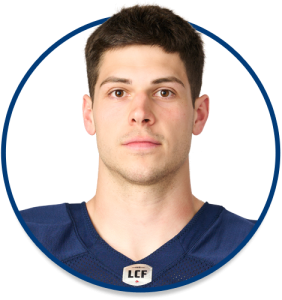 2022 : Spieker signed with the Alouettes on May 9th

2021 : Signed with the Conquerors of the TSL

Named to the 2019 All-WIAC First Team, Spieker was also selected the WIAC Offensive Player of the Year.  It was his fourth career all-league honor, including second first team selection.  He was named to the 2017 all-conference second team on offense.  Spieker served as a team captain in 2019