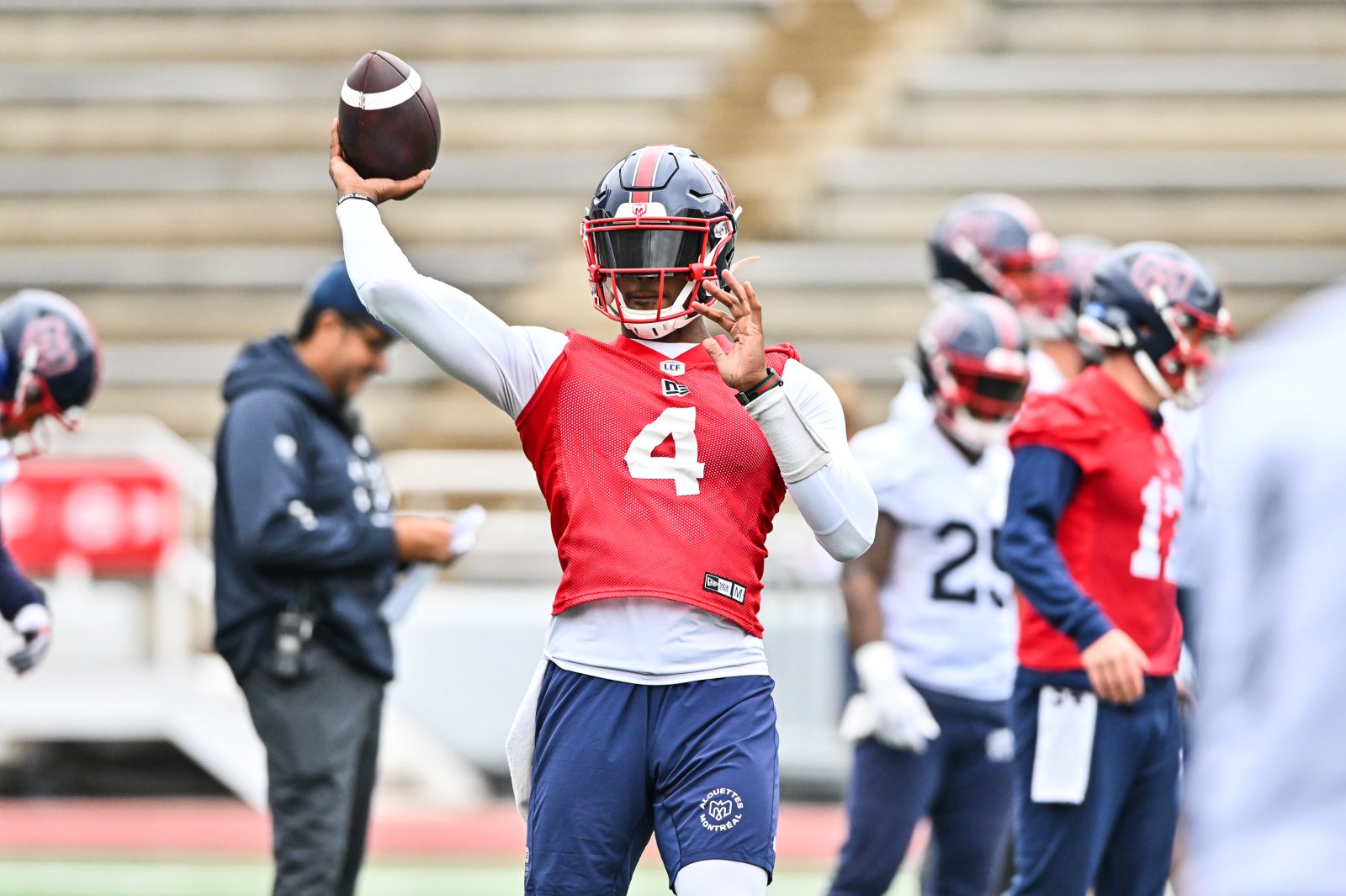 Since taking over as the starting quarterback in Week 3 of the regular season, Trevor Harris has been number one on the depth chart in every game. That’s going to change heading into Saturday’s regular-season finale in Toronto.

Harris will be rested ahead of next Sunday’s East Division semi-final against the Hamilton Tiger-Cats at Percival Molson Stadium. The Als don’t want to risk an injury to their starting quarterback, so they’ll give Dominique Davis and Davis Alexander some reps against the Argos.

Davis has thrown more than 500 passes over his seven seasons in the league. The 33-year-old’s best year came in 2019 when he was a member of the Ottawa Redblacks. He threw for 2,216 yards and five touchdowns while rushing for 115 yards and six TDs.

“It’s going to mean a lot,” Davis said of the starting reps he’s going to get on Saturday. “I’m not going to put too much pressure on myself. I just want to go out there, take what they give me, take shots when I can, make some runs when I can, and just not do too much.”

Unlike Alexander, Davis has played an important role this year, as he’s done an excellent job in short-yardage situations. He’s tied the franchise record for most rushing majors by a quarterback, with 12. That’s a record Vernon Adams Jr. set during the 2019 season.

The CFL veteran has completed six of 11 passes this season for 87 yards, one touchdown and one interception.

Alexander has no professional experience to this point. He impressed during the preseason, as he led scoring drives in pressure situations during the exhibition calendar.

On May 28th in Hamilton, he went 11-for-14 for 106 yards. With the Als trailing 22-15 with under three minutes remaining, the offence took over at their own 40-yard line, when Alexander led them on a drive that resulted in a one-yard touchdown for the rookie quarterback. He then hit Krishawn Hogan for a two-point convert to tie the game. The Alouettes ended up losing on a last-second field goal, but the first-year pivot stood out for all the right reasons.

In Week 2 of the preseason at home against Ottawa, the 24-year-old finished 9-for-13 with 127 yards passing. Again, the Als found themselves trailing by six points with 1:11 remaining. Their offensive drive started at their 35-yard line, and Alexander went to work. He completed a huge 53-yard pass to Fabian Guerra, which set up Ryth-Jean Giraud’s game-winning touchdown a few moments later. The Als hung on for a 27-26 win.

“I definitely got a lot of confidence (from my performance in the preseason),” Alexander said. “Trevor (Harris) and I were just talking about this last week about how those pressure situations shouldn’t feel like that much pressure because you know that your ability has taken you this far. You know you’ve put in the work where you know you shouldn’t be thinking about (how much time is left on the clock) or that the whole crowd is watching. That shouldn’t matter.”

Those two second-half performances are a big reason why Alexander was kept. He started off on the practice roster, but he was activated when Vernon Adams Jr. suffered an elbow injury early in the season. He’s been the third string quarterback ever since.

He hasn’t been on the field for a single snap as an Alouette. The last time he threw a pass in a regular season game was on Nov. 2021, when his Portland State Vikings lost to the Eastern Washington Eagles. Alexander went 34-for-51 with 339 yards passing, two touchdowns and no interceptions.

“Everybody wants to play, but this whole experience this year has been awesome for me. Being in the room with guys like (Vernon Adams Jr.), Trevor (Harris), Dom (Davis), they’ve helped me so much. Obviously, (Anthony Calvillo) has gone out of his way to help me, and just keep me improving and understanding the game.”

How much each player will play hasn’t been determined yet, according to general manager and interim head coach Danny Maciocia, but they should both see a significant amount of action on Saturday afternoon.

“I’m super excited,” Alexander added. “I haven’t gotten live reps since the preseason, but I prepare for it every week. It’ll be awesome just to go out there. I wish we were playing for a first-round bye but regardless, I’m going to try to win.”