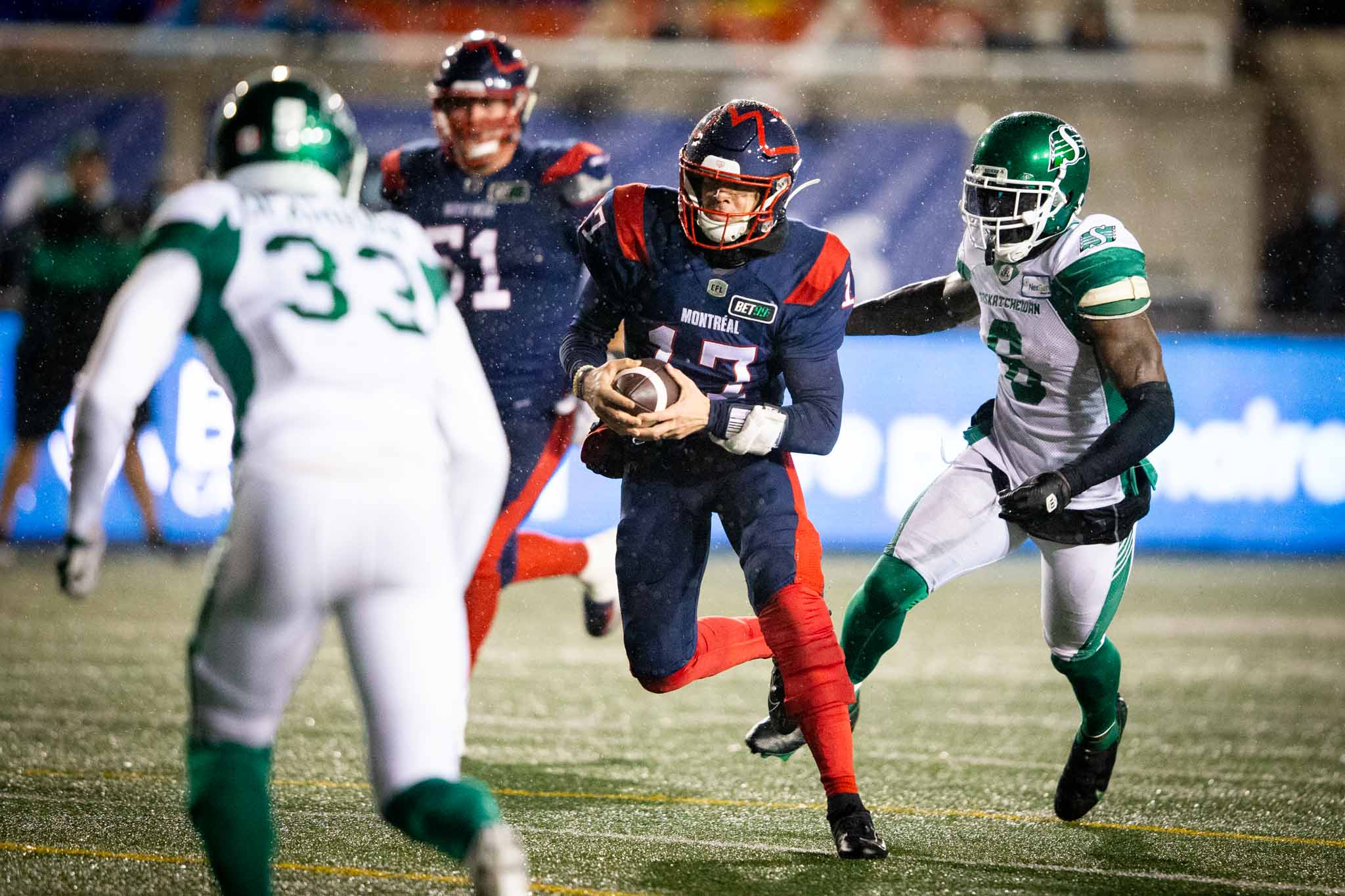 The 4-game winning streak, unfortunately, came to an end last night against the Saskatchewan Riders. A game that remained extremely competitive from start to finish and that came down to a very small scoreboard. Actually, it came down to the Riders’ slightly more realistic performance.

Both defences repeatedly got the better of the offences in a fairly physical game and, to be honest, it came down to the last sequence of the game, where if we had handled it better, we could have won again…

The first half was the most frustrating for the Alouettes. In the first quarter and most of the second, Khari Jones’ men did almost everything right, except adding points to the scoreboard…The defence gave the Riders absolutely zero opportunities, even first downs were rare for Fajardo and his offence who had to start their sequences deep in their territory every time. Meanwhile, Matt Shiltz and the offence were moving the ball quite well, with some good runs by William Stanback and some nice catches by Reggie White Jr. However, penalties were nullifying these good plays and we were limited to 3 small points by David Côté.

Purifoy’s interception of Matt Shiltz late in the second quarter was the first turning point of the game… in the blink of an eye, he put the Riders’ offence in a perfect position to score a touchdown just before halftime.

A half-time show that we will come back to in detail over the next few days to talk about the magnificent tribute given to John Bowman.

In the second half, the pressure on Matt Shiltz increased quite a bit. His offensive line, who’s on a test drive at the moment due to all the injuries, was starting to tire, even though they put up a big fight under the circumstances. Plays were becoming more complicated to execute but once again, the defence was heroic and the Riders made no headway other than on-field goals, especially following a turnover after an unconverted 3rd and 1 by the offence.

In the second half, the pressure on Matt Shiltz increased considerably. His offensive line, which is in testing mode at the moment due to all the injuries, was starting to tire, although it fought well under the circumstances. Plays were becoming increasingly complicated to run but once again the defence was heroic and the Riders only progressed on field goals, particularly following a turnover after a 3rd and 1 not converted by the offence.

Khari Jones then tried to change the rhythm of the offence by throwing Trevor Harris into the mix in the 4th quarter. Frankly, it was mostly his legs that got him two first downs which led to Geno Lewis scoring a touchdown with a minute to go. It was Harris’ first touchdown pass in a Montreal uniform.

The next short kick was taken by the Riders who took advantage of it to score 3 more points, and despite a final offensive drive that moved us into Riders’ territory, we ultimately had to bow out.

It’s a frustrating loss, but it shouldn’t take away from the great season our players have had so far. Even though we woke up this morning in third place in the East, everything is extremely tight and we are still in the running for the playoffs.

Keep working, keep improving and let’s get right back on track for a big game in Winnipeg next Saturday.