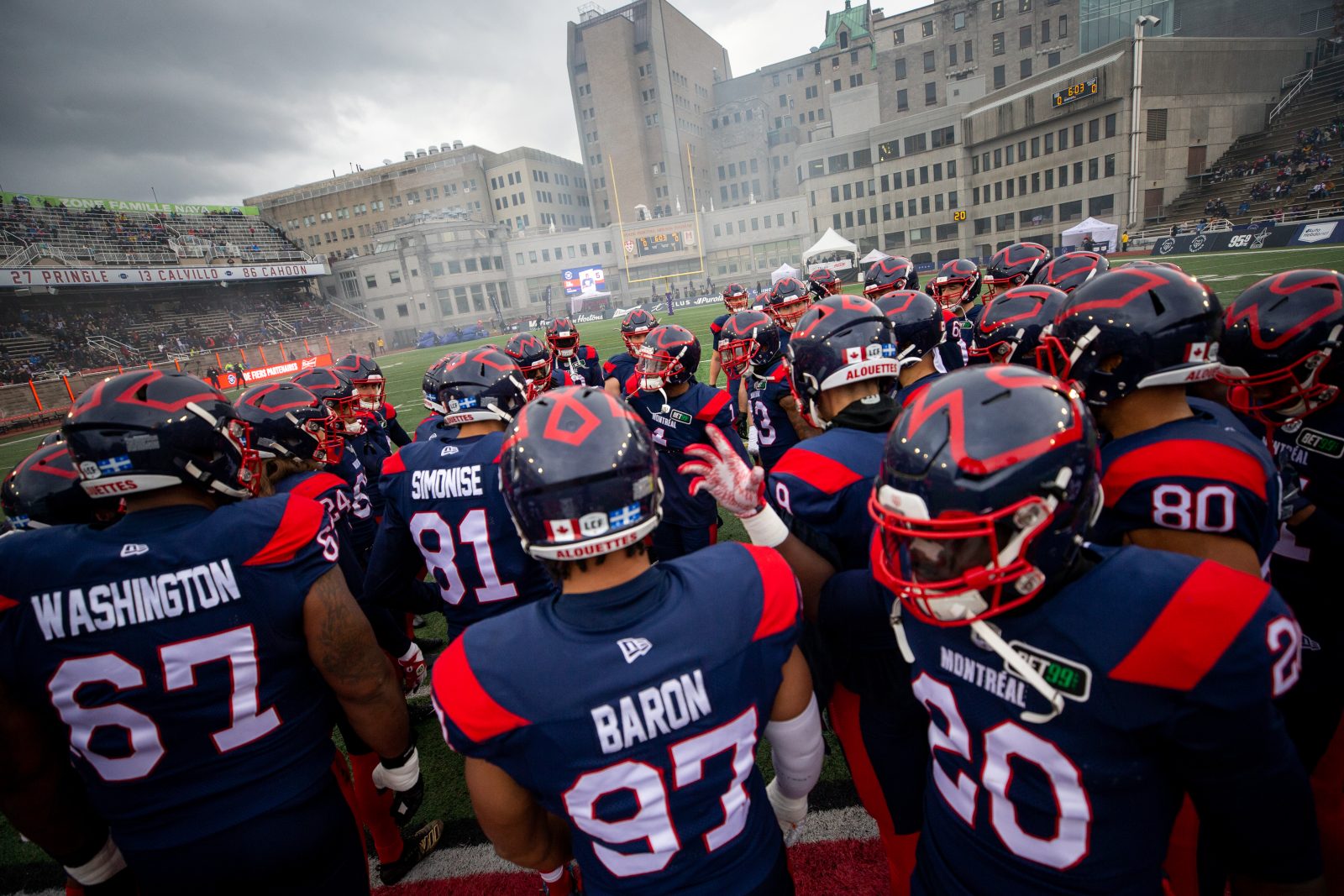 Our Alouettes regained their winning ways Saturday afternoon in front of a home crowd of 12,605 fans who braved the cold and the rain. We’ve told you before that you are the best, and this was further proof: 12,605 happy fans watched our Alouettes defeat the Winnipeg Blue Bombers. The 2019 Grey Cup champions had up until then only lost one game all season.

O.K., sure: Winnipeg didn’t field all their top players, but let’s not underestimate the Alouettes performance. It was a rock-solid outing with the playoffs only a few weeks away… and all three units contributed to the victory.

Let’s start with special teams. After a rough start that saw Adarius Pickett fumble the opening kickoff which led to the Bombers’ first touchdown, it was one highlight after another, with great returns from Martese Jackson, impeccable kick coverage, no penalties, a fumble recovery… in short, a job well done!

Once again our defence excelled, applying constant pressure on Winnipeg quarterback Sean McGuire with four pass knockdowns and four interceptions. The first interception led to Trevor Harris connecting with Geno Lewis on the first of their two touchdowns, setting the stage for the rest of the game.

Let’s also mention complementary football! Shout outs to the defensive backs and linebackers who were all over the field, especially those who played key roles in the four interceptions – Najee Murray (helped by Pat Levels applying pressure on quarterback McGuire), Greg Reid, Ahmad Thomas and Chris Ackie.

And how ‘bout that offence! It was only Trevor Harris’s second start with his new teammates and it’s already clear that he is developing chemistry with his receivers. We realize it takes time for a quarterback – even one as experienced and talented as Trevor – to familiarize himself with his offence. What we saw Saturday afternoon bodes well for the rest of the season, especially his bonding with Geno Lewis (two touchdown passes). There was even a successful trick play when Harris lateralled to Lewis in the backfield, and then Geno heaved it 30 yards to Quan Bray… beautiful! Aided and abetted by Will Stanback (18 carries, 89 yards), Harris finished the game completing 18 of 25 passes, three touchdowns and no interceptions. A nice day’s work.

Our Alouettes controlled the game from start to finish. Once they took the lead at the end of the first quarter, they never took their foot off the pedal. Winnipeg was a pale imitation of the team that clinched first place in the West Division eons ago, except on a fourth quarter sequence that led to their second touchdown.

All that remains now is one final regular-season home game against the Ottawa RedBlacks, an opportunity for the Als to polish off any rough edges and get ready for the playoffs. Saturday’s victory was the first step towards playing the kind of football that’s needed at this time of year… no matter who the opponent is or where the game is held.

Not everything has gone perfectly so far this year, but one thing is certain: This team has heart. It fights to the end regardless of the weather conditions or who the opponent is. And it puts on a show each and every weekend. Make sure to be there Friday, November 19 at 7:30 p.m. – you are also part of the show!