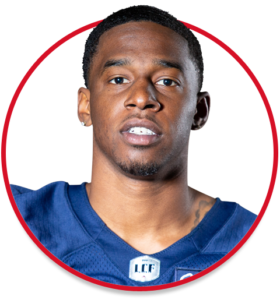 In his College years with the Auburn Tigers, Bray was a second team coaches all-SEC team as a return specialist in his senior year and was the first player in school history to score a rushing, receiving, and punt return touchdown in the same season. Between 2015 and 2018, Quan Bray played for the Indianapolis Colts, Buffalo Bills and Houston Texans for a total of 24 games in the NFL. In 2019, Bray joined the Alouettes in his first year in the CFL.