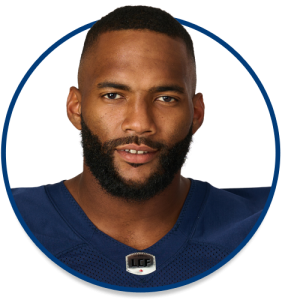 2022 : Signed a two-year extension with the Alouettes on January 24

2021 : Signed a one-year contract with the Alouettes

2017 : Signed with the Eskimos practice squad

2017 : Signed with the Seahawks as an undrafted free agent

2021 : He dressed for all 14 regular-season games last season, producing 35 tackles, four tackles for losses, along with five sacks. He also forced one fumble while recovering a league-leading three fumbles.

The Los Angeles native played in the NCAA for the University of Texas at El Paso. Usher suited up in 45 games for the Miners posting 178 tackles, 22.5 tackles for loss, 11 sacks, three knockdowns, two forced fumbles and one fumble recovery.