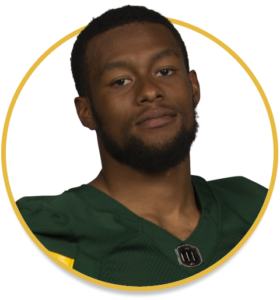 Had a great season in 2019, he finished third of his team with 59 defensive tackles, adding two interceptions and five knockdowns. The athlete was also credited of a sack.