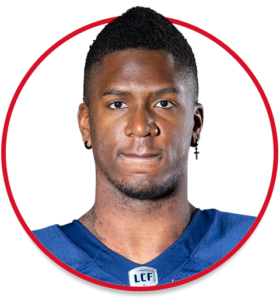 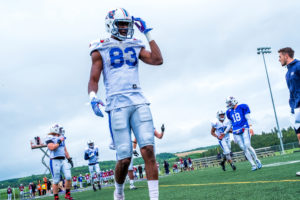 College:  had another great season with the Ottawa Sooners in the Canadian Junior Football League (CJFL) in 2017, as he was named the Ontario Conference offensive player of the year following a year where he caught 23 passes for 423 yards, including seven touchdowns in only eight games. Selected in the sixth round (45th total) in the 2017 draft, the 22-year-old played three seasons for the Carleton University Ravens prior to joining the Sooners.