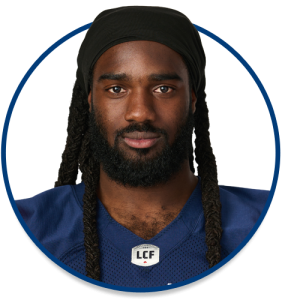 2019 : Drafted in the eight round, 70th overall, by the Winnipeg Blue Bombers and was signed on May 15

He played his college career at the University of Montreal