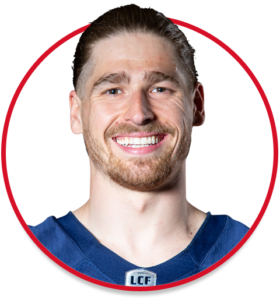 The Montrealer hoisted three Vanier Cups with the Laval University Rouge et Or. He was part among eight players of his team who were invited to a CFL Combine prior to the CFL Draft.

Faubert-Lussier played an important role in the community taking part in the Ultimate Football Tour and Together at Schools community programs.

Faubert-Lussier was part of the U20 Team Canada Camp and was on the U19 Team Quebec roster in the 2009 Canada Football Cup where he was named MVP.