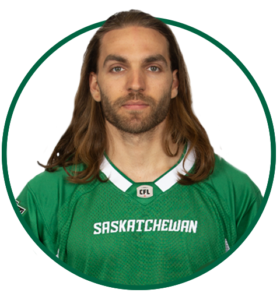 Félix Brière spent time with the Alouettes in 2019 before joining the Saskatchewan Roughriders. The 26-year-old athlete was drafted in the fourth-round (34th total) by the Winnipeg Blue Bombers in the 2017 CFL Draft. The Saint-Agathe-des-Monts, QC native was also part of Ottawa REDBLACKS squad. In May 2017, he was invited to the New York Giants rookie camp. He now joins Alouettes General Manager Danny Maciocia with whom he won the 2014 Vanier Cup with the Université de Montréal Carabins.