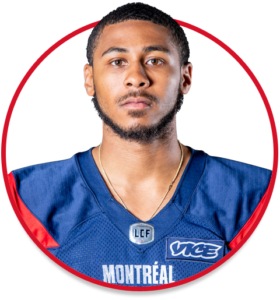 In his first season with the Alouettes, Evans made 29 tackles and three interceptions. The Forth Worth, TX native helped the Alouettes qualified for the playoffs, a first since 2014. In the East Semi-Final, he collected four tackles.

The former University of Nebraska Cornhusker lined up for the Salt Lake Stallions in the AAF this winter, making four tackles in as many games.

In 17 games, he made 53 defensive tackles, five interceptions and forced a fumble. He was elected on the CFL All-Stars.

In 14 games, he made 42 defensive tackles, two interceptions and forced a fumble.

He earned three tackles in three games for his CFL débuts.