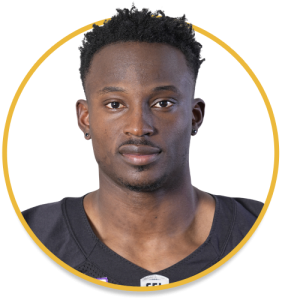 The 22-year-old receiver played collegiately for five seasons in the Ontario Conference, including four with the Queen’s University Golden Gaels. In 2019, he suited up for the University of Windsor Lancers catching 34 passes for 560 yards and two touchdowns. In 35 career games at the university level, he caught 160 passes for 2,422 yards and ten touchdowns.