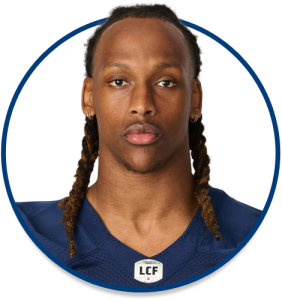 2021 : Harelimana returned to the team in 2021 and made the final roster. He appeared in eight games during the season, making five total tackles. He recorded two tackles on defense, three on special teams.

Harelimana attended the University of Montreal