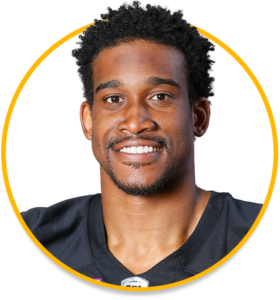 He played for the Hamilton Tiger-Cats during the last five seasons, amassing 131 defensive tackles and 21 quarterback sacks in 58 games, while forcing five fumbles and intercepting two passes. In only eight games in 2019, the 31-year-old made 11 defensive tackles, three sacks and forced two fumbles.

The Fairfax, VA native was drafted in the sixth round (184th total) by the New York Giants in 2010. He played three seasons in New York, registering 12 tackles and one sack, on top of forcing two fumbles. He helped the Giants win Super Bowl XLVI, a 21-17 win over the New England Patriots. The former College of William & Mary student also spent time with the Arizona Cardinals prior to joining the Tiger-Cats.